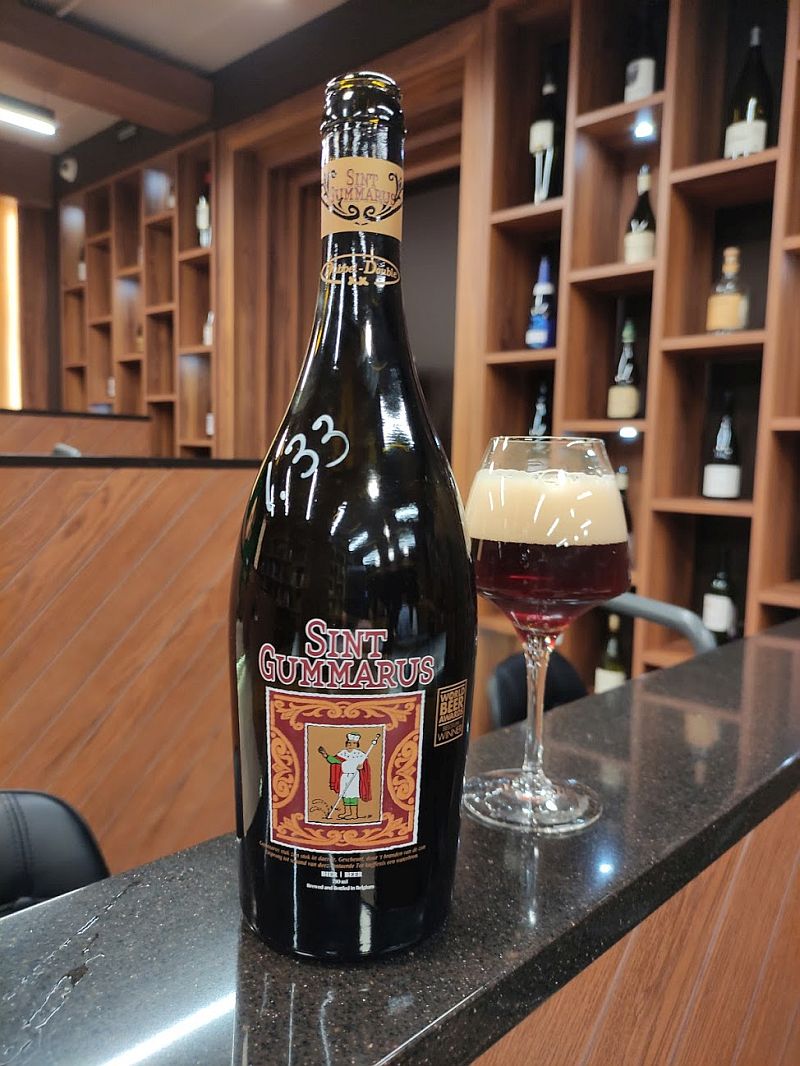 I’ve been familiar with Brouwerij Cornelissen’s Sint Gummarus beer for a long time, but only drank Sint Gummarus Tripel, which I appreciated in the taproom and noted as «sweet, candy-abricot yet tart.» At the for Ashan tasting, Sint Gummarus Dubbel also happened to taste.

Sint Gummarus Dubbel (Belgium, Opitte) — 7.1% alk. St. Gummarus lived in the VIII century and became famous because he wrapped his belt around a felled tree and grew it anew in front of an enthusiastic public. According to legend, his wife was very wicked and he left her and went on a pilgrimage. So when you drink this beer, you are advocating for ecology and against evil wives!

The aroma is pleasant, not intrusive, caramel. The taste is soft, caramel and moderately sweet. In the aftertaste, except for the caramel and toffee, there is some spice. Despite the sweet flavor, the aftertaste is tart, which balances the beer well. «A» Grade.

Repeatedly wrote and talked about why we have so few dubbels, triplets and other Belgian classics. It is too simple for burghers, but for the mass consumer — on the contrary — complicated. A small need is well covered by imports from Belgium.

If for the mass consumer brightness of taste is a minus, causes rejection, then the Burghers on the contrary — they want something teeth-grinding, powerful. It’s enough to read the reviews in «tapka». Simple, weak, watery… No gentlemen — it’s called balance, accuracy and lack of extremism. And that’s cool!