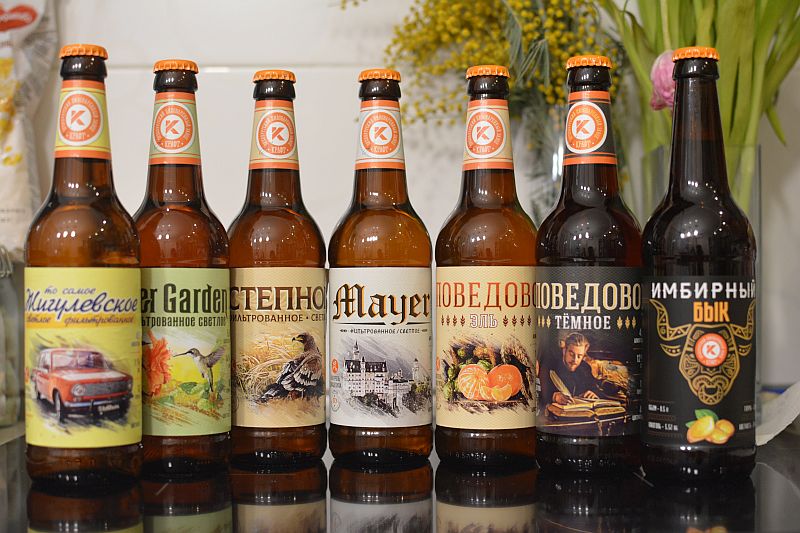 Continuing to try beers from the Orenburg Kraft brewery. Now the standard lineup — Povedovo, Stepnoe, Mayer, etc. Immediately I will note the design — despite the fact that there is no overall concept, but everything looks quite nice, not kolhozny. There are only complaints about the identity of the beer, but about this a little later. 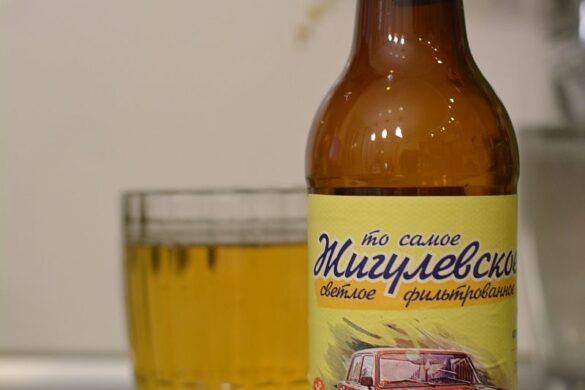 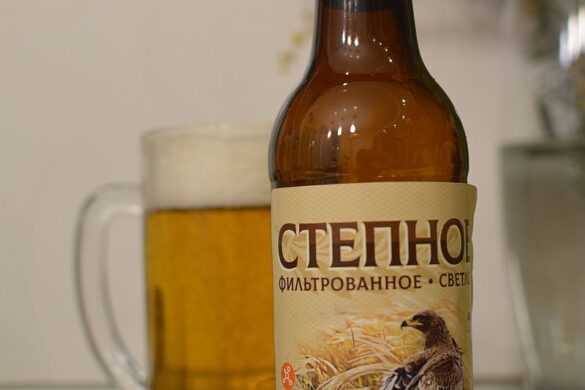 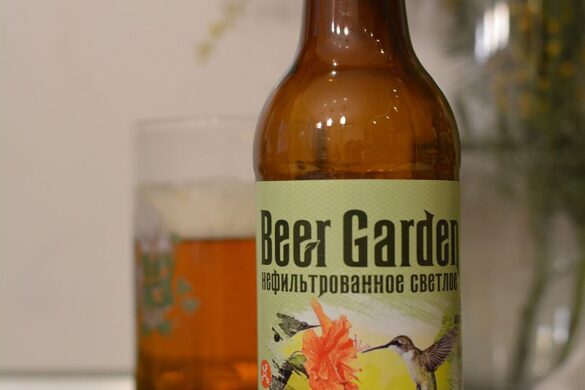 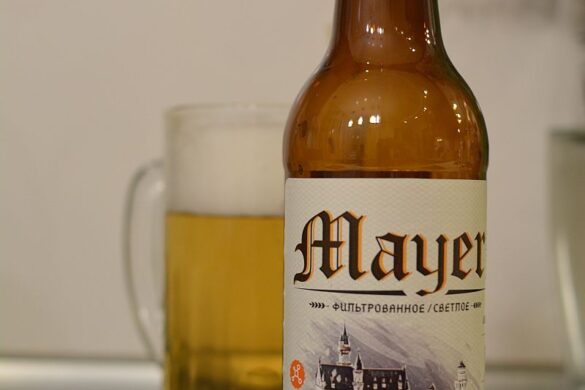 Zhigulyevskoye (Russia, Orenburg) — 4,5/11 Where to go without Zhigulyevskoye?! People don’t understand — there’s a brewery, but not Zhigulyovsky. I see nothing wrong with simple and inexpensive beer, but Zhigulyovskoye is not the same as Zhigulyovskoye. In this case, what we see — the foam settled instantly, as in the usual soda. No aroma. The taste is sweet, malty. In the aftertaste you can distinguish a little rough hops and apples. Grade «C-«.

Stepnoe (Orenburg, Russia) — 4.1/10 Despite the lower specifications, the beer seems much more interesting than the notorious Zhigulyovskoye. Soft, malty with a slight floral hop. Claimed to be Eurolager, but probably closer (or maybe it is) to hops. This is the kind of beer you can drink a very large amount. Simple, but clean and pleasant. Rated C+.

Beer Garden (Orenburg, Russia) — 5.4/14 Again I was confused by the naming and the inscription «unfiltered blonde». Of course it is. This beer is both light and unfiltered, but the most important thing is written in the lower left corner and completely inconspicuous — it’s blond. A simple, but quite recognizable Belgian blond with its inherent caramel and florals. Maybe a little pungent in the aftertaste, but not bad, not bad… And I poured it in a mug… Rated B-.

If this beer is bought in Orenburg, all is not lost! The Belgian experiments of Croppive come to mind. I wonder if they continue to brew this line?

Mayer (Russia, Orenburg) — 4.5/11 Aroma is weak. The taste is clean, but empty. After a few sips you can notice the hops, but exclusively «thanks» to the empty body. Each bottle is labeled «diacetyl control» and indeed, I did not find diacetyl in the entire line, but Mayer has some DMC. It’s claimed to be German pils, but it has nothing to do with it. I mean, there are no hops, and no soda body either. C- grade. 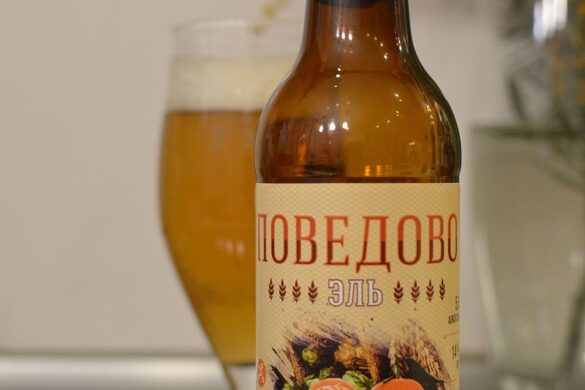 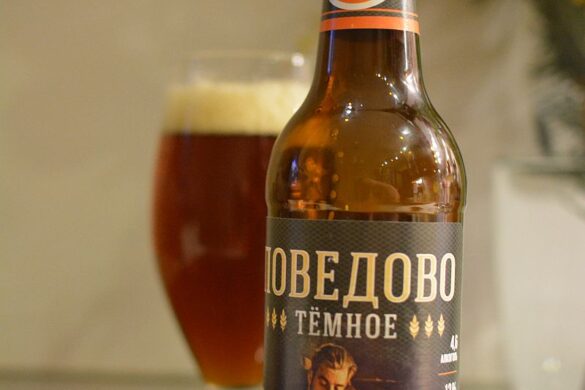 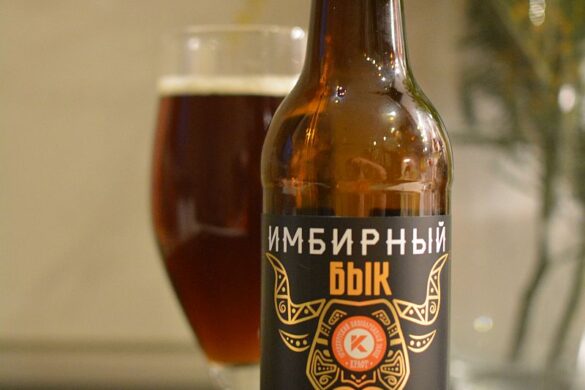 Povedovo El (Russia, Orenburg) — 5/14 And here again — ale, just ale. I was hoping for a pale ale, but it turned out to be a Whitsenbock! The aroma of fruit and sweet citrus. The taste is mild. A little bread in the aftertaste. That was it! Why a whitzenbock? Why a whitzenbock? Neither in terms of TTX, nor in terms of taste, it is absolutely not. What is it? I don’t know. Really an ale, just an ale. Something incomprehensible, but without flaws. Grade «C».

Povedovo Dark (Russia, Orenburg) — 4,6/12 That’s it, I’m not trying to guess the style anymore! It says that the dark side. At 4.6% alk, it’s already ridiculous. But it tastes… It’s a beautiful Viennese lager! The same Viennese I tasted at last year’s Prodexpo. Rich caramel tones in both flavor and aroma. A little bit of bread crust. That said, it doesn’t go all sweet. Despite the wrong stylistic positioning, I’ll give it a B+. Great beer!

Ginger Bull (Russia, Orenburg) — 5.5% alk. The aroma of ginger and caramel, but weak. Taste sweetish. In the aftertaste of the expected ginger, but not spicy. Plus caramel and malt.

Many people try to make beers with ginger, but the seemingly quite simple thing turns out to be a challenge. Only Vasily Ivanovich from Velkka Morava has probably managed to make a well-balanced beer with ginger. His ginger beer is drinkable and drinkable. I won’t say that Ginger Bull is disgusting, but it’s not drinkable! Ginger and sweetness. By the end of the bottle, you get bored with the combination. Maybe you shouldn’t make a dark ginger one. I don’t know. I’ll give it a «C+» grade.

To summarize the Orenburg «Kraft» (by the way, the name was given not because of Kraft beer, but from the German Kraft — strength, energy) — high quality, there are some interesting varieties and there is something to strive for. Especially in terms of positioning by style.