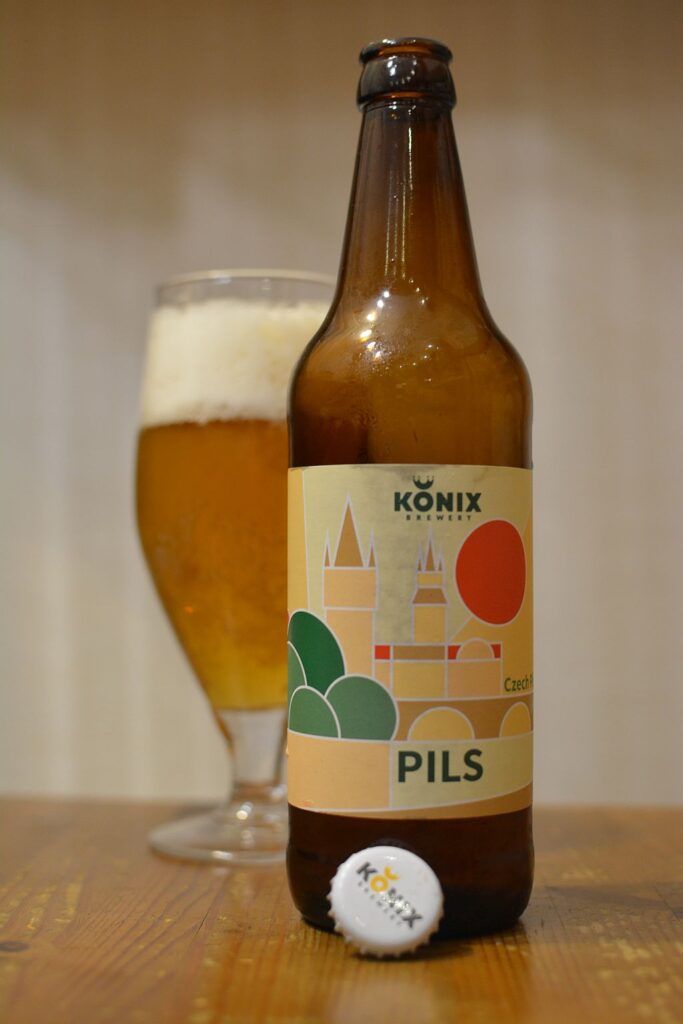 History is cyclical. Beer fashion is cyclical, too. In its inception, craft breweries brewed anything as long as it wasn’t a light lager. Right now, most craft breweries have either pilsners, hollies or some other «classic» brews in their lineup. KONIX Brewery was not left out.

Repeatedly emphasized the fact that KONIX, this is essentially a contract brewery. Yes, there is a brewery with a similar name in Penza Zarechny which brews most of the KONIX assortment. But, the owners of the brewery and the owners of KONIX Brewery are not 100% the same. The affiliated strut is. One and the same? No!

That’s why KONIX often brews its beer at other facilities as well. The most famous of the production facilities is Vizit in Kuznetsk, where IPA and APA were poured into cans for the first time in Russia. There are several other sites where the company brews and pours its beer.

Now, KONIX has gone to another level. Konix Czech Pilsner is brewed and bottled at… Baltika! Yes, Baltika in Voronezh brewed under contract for a small brewery. And yes, it’s not «sour milkshake goze with tomatoes and tamaring aged in Rkatsiteli barrels». They brewed the pils in the Czech style.

It’s not right to present it as a simple order — but make us Baltica pils in Czech style! No. There were several experimental brews using Konix’s recipe. Until we achieved a result that would suit Oleg Tatuev, everything was rejected. I think that the current version is not quite the last either.

Konix Czech Pilsner (Russia, Voronezh) — 5/12 In the aroma of flowers, meadow. Taste full, malty. In the aftertaste pleasant mild hops, all the same flowers and grass. A little diacetyl (very little, like in many Czech pils) and a little bit of sulfur.

That sulfur content is what prevents me from 100% attributing Konix Czech Pilsner to Czech pils. It seems to me (though I may be wrong and this is my personal taste) that this beer is closer to Germans than to Czechs. However, this certainly doesn’t make it worse. Well balanced and very drinkable. The bitterness is stated 32 IBU, which will not deter the hopphobes, but the taste gives it a definite. Rated B+.

I think Konix Czech Pilsner can easily compete with any regional (and not only) Czech and German pilsners. Yes, not Pilsner Urqell, but as far as I know, the task to copy it was not.

Now the most important thing (for the market) — the price. The ability to brew on the Baltic, gives a very, very good price. And not as many think because of the «accelerated fermentation technology» or some other nonsense. Mass production, it’s always cheaper. I got this beer at Hops & Malt for 95 rubles. Knowing Konix, I’m sure it will soon appear in many chains at a price competitive (or the same) with many private labels from the same Czech Republic or Germany. And in blind tasting, it will give a head start to all sorts of Nymburks and even Horseshoes.

Stay tuned for more developments. We’re still waiting for more Helles, according to the operative data. And there, what the heck…. 😉