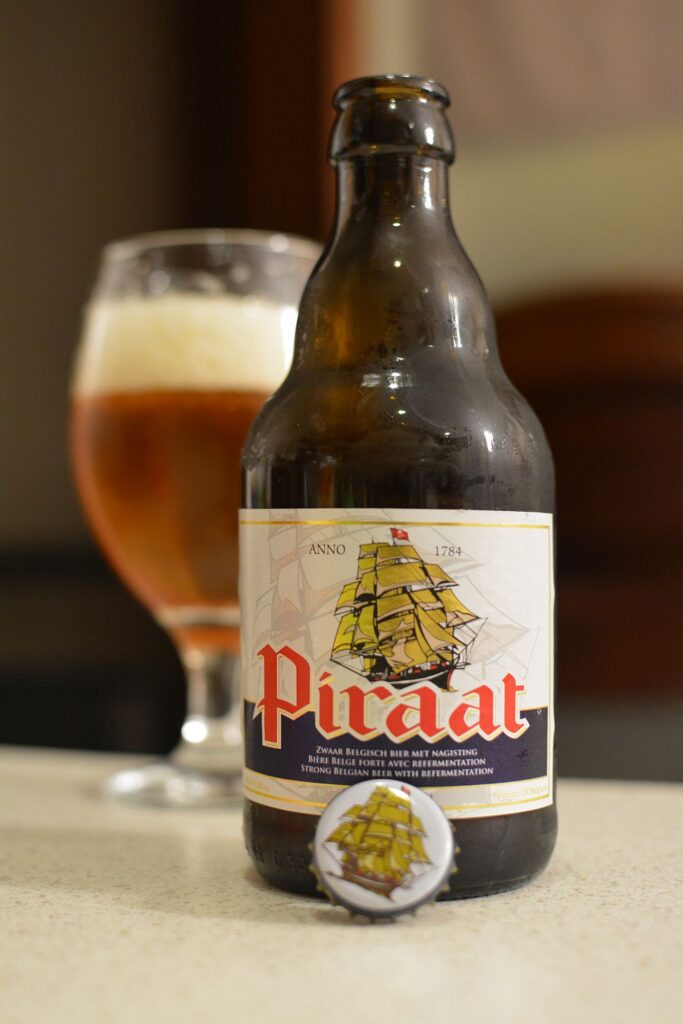 Sometimes I look at the beer — I’ve definitely tried it and probably even written about it, but I think — what if something has changed? No, not in the beer (although it may have too), but in my perception in the first place. What was amazingly interesting and new, can now be commonplace. And old, classic things, which on the background of the beginning of «beer revolution» could be perceived as a dismal old thing, now — a proven classic! 🙂

So I decided to try something from time to time. If something of the «old» will already be in the ancient records of the blog, it is not a sin to look at myself «young».

I bought Piraat beer from Brouwerij Van Steenberge at Vnukovsky, just because it is there. Judging by the tap, I drank it in November 2015, that is, six years ago. And it was a two-year-old beer. Where did you drink it? Why mature? But obviously not at home. Didn’t blog about it either for some reason.

Let me remind you that Van Steenberge brewery, besides Piraat, produces such famous brands as Baptist, Gulden Draak, Bornem and others. Piraat was first brewed in 1988 on the back of the success of Gulden Draak. The same yeast was used. There are three versions of Piraat — regular, heavily hopped (Piraat Tripel Hop) and Piraat Red. Alas, only the regular (Belgian strong ale) is available here.

Piraat (Belgium, Ertvelde) — 10,5/22 The aroma is sweet, fruity. The taste is full and seems sweet at first, but after a few sips, you realize that the beer is not very sweet, and even a little dry. Noticeable grassy and coarse hops balance out the full malt body. Some toffee and figs are added.

A good specimen of style. Rated as it was six years ago, «B+.»

By the way, today marks three years since the biggest beer store in the world, «I take a day off», opened near Riga metro. Then I shot one of the first videos for my YouTube channel. It got over 800 comments. Read it — very funny! Crowd of «experts» predicted the imminent closure of the store and so on and so forth… However, the store is alive and well! Even though Riga station is closed for repairs and it’s hard to get to the store, it’s still going strong!

Congratulations to Nikolay Zhelagin and the whole staff of Beru Outlet on the three-year anniversary of the flagship store! I wish you further expansion of the network and good luck!