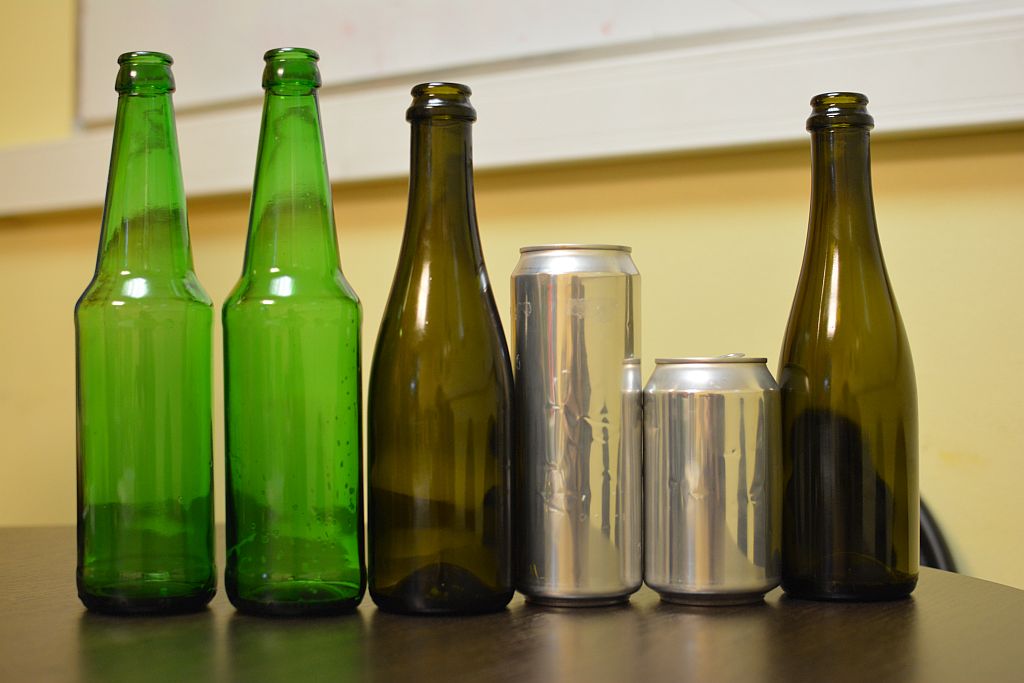 Traditionally, before Christmas and the New Year, KONIX invites Pasha Egorov and me to their office for a beer gathering. We’re trying new stuff and different test brews. The photo shows some of the bottles from which Pavel peeled off the labels to his collection. His collection is not the biggest, but it has already exceeded 50 thousand labels, and it is only Russia and the Soviet Union. I won’t be offended by the fact that I couldn’t get a general photo of the beer I tasted!

We started with Pils. We blindly compared the current version, the new one, and the ancestor of the Pilsner Urquell style. Oleg Tatuev is not very happy with the current version and wants to make Pils more Czech in taste. The current one is still closer to something American. We liked both. In fact, they are two different beers, each one interesting in its own way. 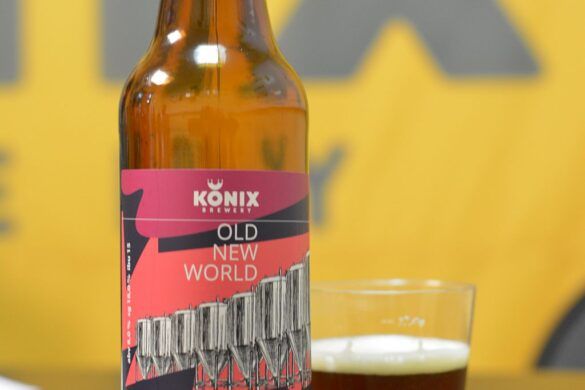 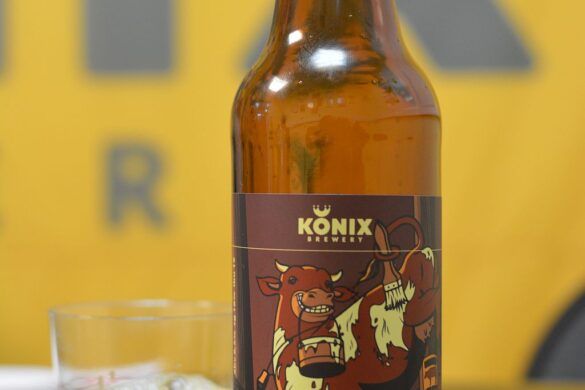 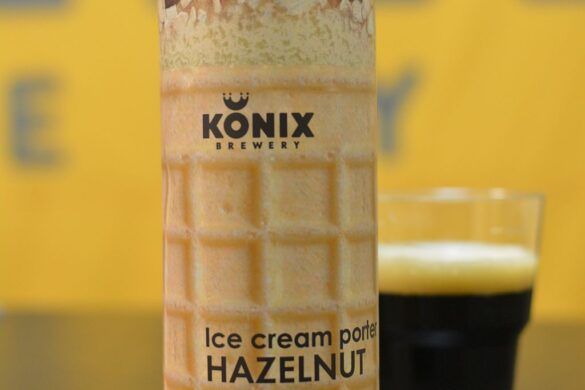 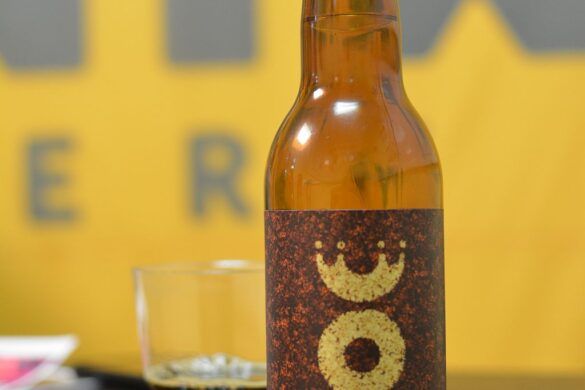 Old New World (Russia, Penza region, Zarechny) — 8% alk. The aroma is oddly fruity and even cherry notes. Drinks easily, despite the strength and density. Banana, or rather dried banana, appears on the aftertaste. Quite a good whizenbock, except that a little lacks the urgency. Rating «B».

Escape (Russia, Penza region, Zarechny) — 6.5% alcohol. Milk stout. Aroma is also somehow fruity and berry. Taste interesting sweet and sourish and burnt. The creaminess is felt after a couple of sips. Sourness is slight from the burnt and overall looks good. Rated B-.

Ice Cream Porter Hazelnut (Russia, Penza region, Zarechny) — 7% alcohol. Continuation of Ice Cream porter lineup. Now with hazelnut. Walnuts are on the label, but it’s hard to see them, so keep your eyes open. The aroma is bright, nutty. The taste is dry, typical of porter. The aftertaste is burnt and cookie with, again, a dose of hazelnuts. Yes, it is made by a flavoring and I don’t see anything wrong with it. Why Omnipollo is allowed and KONIX is not! And it’s delicious! Rated B+.

Russian Imperial Stout #Biscuit (Russia, Penza region, Zarechny) — 12.5% alcohol. Also a continuation of the RIS lineup. Interestingly, the word Biscuit can not be used in the name if the beer does not have biscuit in it! This is the way the RAP reasoning and refuses to register it. But there’s always a bolt with a left-hand thread! Biscuit malt was used here, so it worked.

Aroma of brandy, biscuit and red berries. The flavor is thick and moderately sweet. In the aftertaste, bitter chocolate, biscuit and all the same cognac notes. Very tasty! Rating of «A-«. 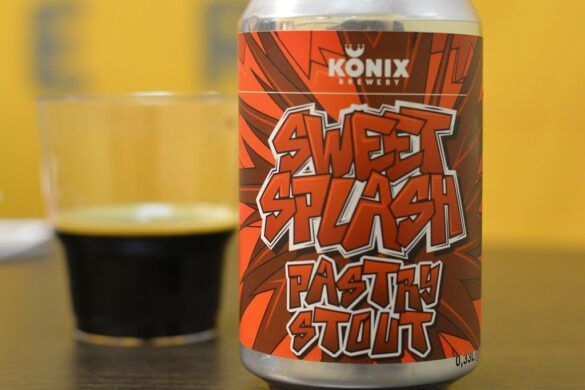 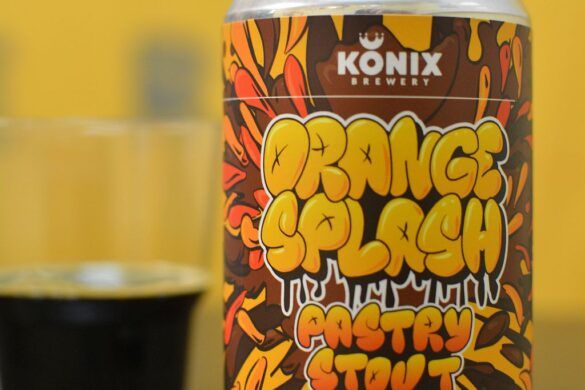 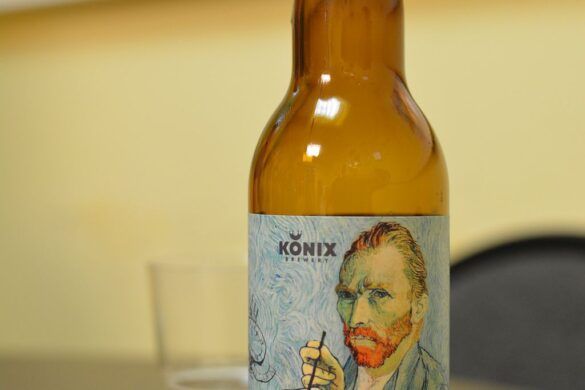 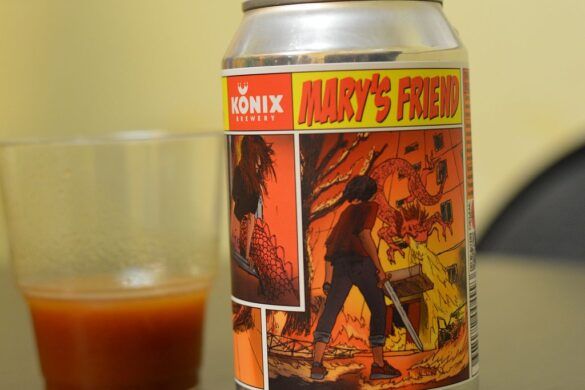 Sweet Splash (Russia, Penza region, Zarechny) — 11.5% alcohol. If you like pastry stouts that would make your butt stick, then this is definitely not for you! Yes, a sweet stout, but not extremely sugary. There’s chocolate in the aroma. The flavor is thick and dense. Chocolate and cookies in the aftertaste. There is also maple syrup, but it does not show itself in anything. Rating of «B +».

Orange Splash (Russia, Penza region, Zarechny) — 11.5% alk. I’m not a big fan of pastry stouts, but this particular one, with orange and pepper, really liked it! Chocolate covered oranges, there were such candies. That’s exactly what it is. Plus, the slight spiciness of the peppers showing up after a couple of sips. The whole ensemble, creates a kind of winter and New Year’s mood. Grade «A-«.

Vincent Van Coc (Russia, Penza region, Zarechny) — 10% alk. Barleywine with coconut and vanilla. In the aroma somehow cherry and wine.Taste moderately sweet. But in the aftertaste of the coconut is on full display, lying perfectly on the wine tones (which is amazing). Rating of «A».

Mary’s Friend (Russia, Penza region, Zarechny) — 4% Continuation of the Mary tomato line. Now Mary has found a friend. By tradition I do not evaluate the «tomato». I will only say that it is delicious. A little spicy and a little smoky.