Blue Moon Belgian White is a Belgian-style beer from America, brewed in the Czech Republic. 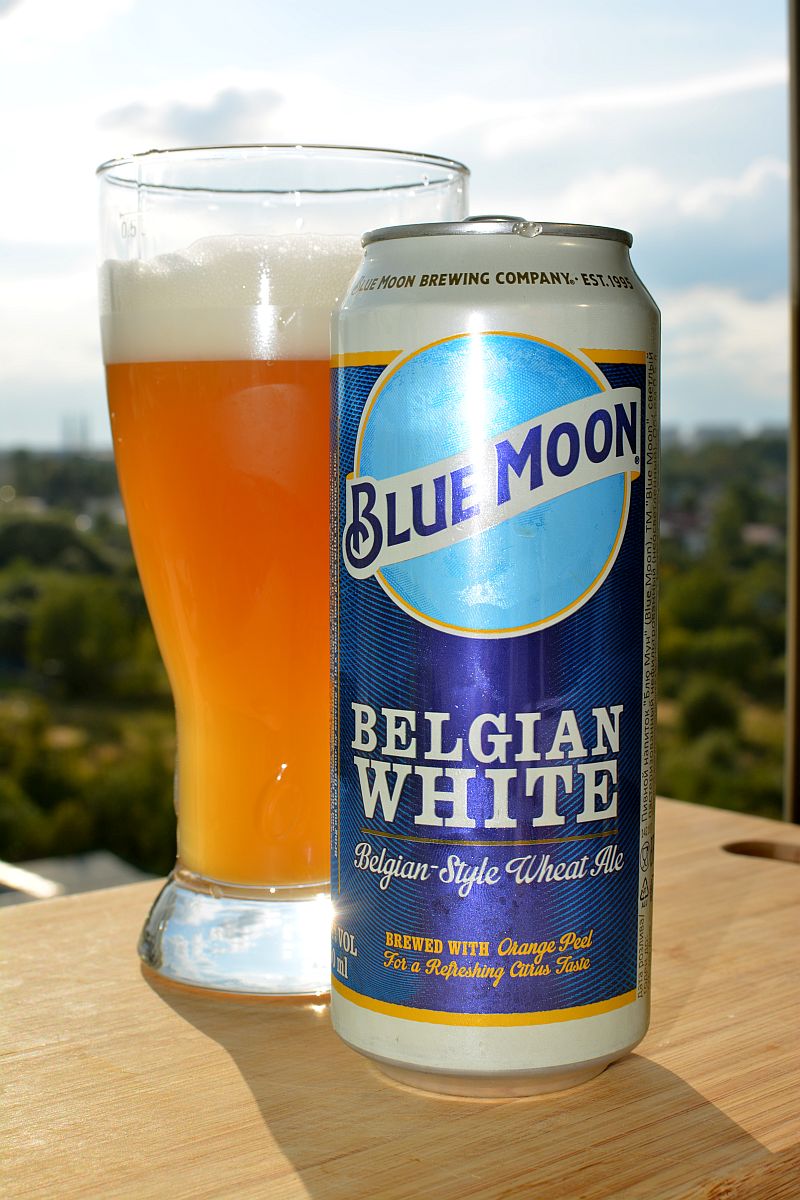 Readers and fellow bloggers are “fearing on the radio” that Blue Moon Belgian White beer and something else about Staropramen appeared on the K&B chain. At first I didn’t understand. Blue Moon beer has been on the market for over a year, SVAM Group carries it. What’s that got to do with the Czech Republic? But, I stopped by K&B today and got the last can! It turned out to be a bit more interesting.

It has long been no surprise when beer giants or large distributors, sell imported beer in our market at the same price as it costs in their home country or a little bit more expensive. Take the same Pabst Blue Ribbon imported from the United States. It’s on our shelves, costing between 70 and 100 rubles. In the case of Blue Moon I expected the same.

The history of Blue Moon beer itself is typical for the American market. It was first brewed by brewer Keith Villa at Sandlot Brewery (owned by Molson Coors) in Denver in 1995. It was brewed based on the classic Belgian vitae (blanche). However, instead of the zest of Curacao oranges, the zest of Valencia was added and it was then called Bellyslide Belgian White.

The modern name Blue Moon was acquired when the production was moved to Canada, to Quebec. It is still brewed there today both for the local and partly for the American market. The Denver brewery is still in operation, having undergone an upgrade in 2016. The flagship of course is Belgian White, but there are many other variations of Blue Moon, including Pumpkin Ale, which began my introduction to this style.

Whether the Czech variation differs from the American-Canadian variation, I doubt it. If there is a difference, it’s minor, within the confines of different brews and storage times.

Blue Moon Belgian White (Czech Republic, Prague) – 5,4/12,7 The aroma is light, citrus. Taste also light, but not watery and empty, but soft, floury. In the aftertaste coriander and orange peel. Very slight bitterness, more from the zest too. In contrast to the same Hoegaarden, seems less “perfumy”, less citrusy. More light. At the same time, not a bad balance. The beer is very drinkable. For 89 rubles, a good option, considering that the same Russian Hoegaarden without the action costs 70 rubles or even more. Rated B+.

Amazing times we live in – Czechs brew Belgian whisky for Russia under an American brand… Beer puritans are constantly scolding such things. The chicanery lovers – Americans have repeatedly sued Blue Moon Brewing, saying that they are not craft beer and the beer is not “Belgian”… If it were like that in our country, every first brewery producing “Czech” or “German” beer would probably suffer. Maybe it should be like that, but even “Riga” could be banned, since it’s not brewed in Riga…