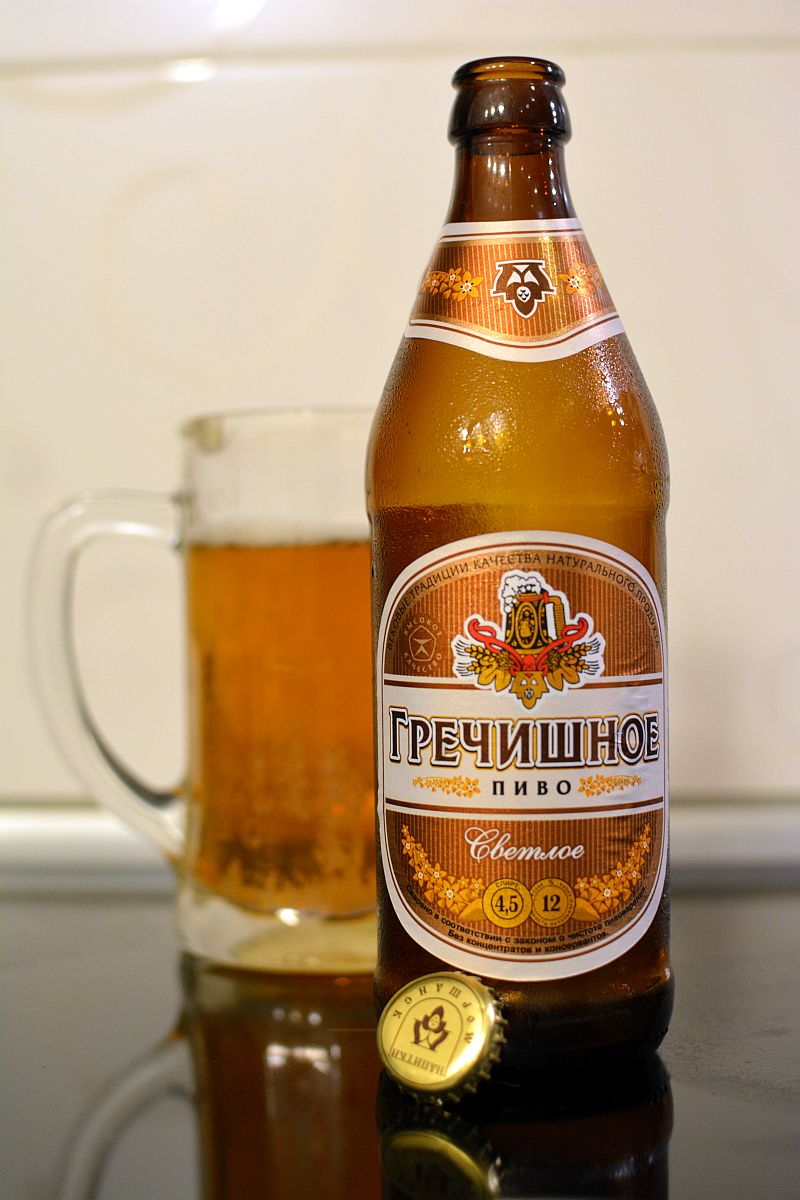 Buckwheat is a new beer from the Morshansk brewery. It wasn’t there in August when I went to Morshansk, but I bought it yesterday at Vnukovskoye. It was bottled on November 9. As they say – in the morning in the newspaper, in the evening in the verse.

Morshansk is not the only medium-sized plant that spoils or dabbles in buckwheat. About two years ago, Sheehan was brewing Buckwheat. On the one hand, buckwheat beer is new to the consumer – sounds familiar (we all eat buckwheat), but on the other hand is unusual. Plus, making buckwheat beer with a really noticeable buckwheat flavor is very difficult.

A beer where buckwheat (buckwheat, not buckwheat! say it right!) is noticeable, I came across only once. Grainrus, Russia’s only producer of buckwheat malt, brewed together with a small German brewery a wheat malt. We brewed it more as an experiment, although a very small portion went on sale in both Russia and Germany.

I don’t remember any other precedents where the taste was mush mash. Panzer brewed the beer from 100% buckwheat malt. This beer is gluten-free and can be positioned in the HGH format and for those with intolerances. But sales were hard and there was a lot of hassle with the beer. They do not make it now.

Buckwheat (Morshansk, Russia) – 4.5/12 Aroma is weak, grain, a bit caramel. Taste, traditionally a bit muddy for Morshansk, reeks of rags, but in moderation. In the aftertaste you can distinguish small buckwheat notes, rather honeyed – buckwheat honey. A bit of hops is also noticeable, but not much. Rated “C.”

I doubt that this beer will gain any fans, especially in Tambov region, but it’s good that the brewery is experimenting at least a little bit, it’s not standing still.

As usual, we were pleased by the inscription in small letters at the bottom of the label – “brewed in accordance with the law on the purity of beer. Shyly silent – what exactly the law (SanPiN that)? The magic number 1516 is not indicated. And understandably, what does buckwheat malt have to do with it?! It has nothing to do with buckwheat malt! Would a mraketologist sleep badly if he didn’t write such a spell?