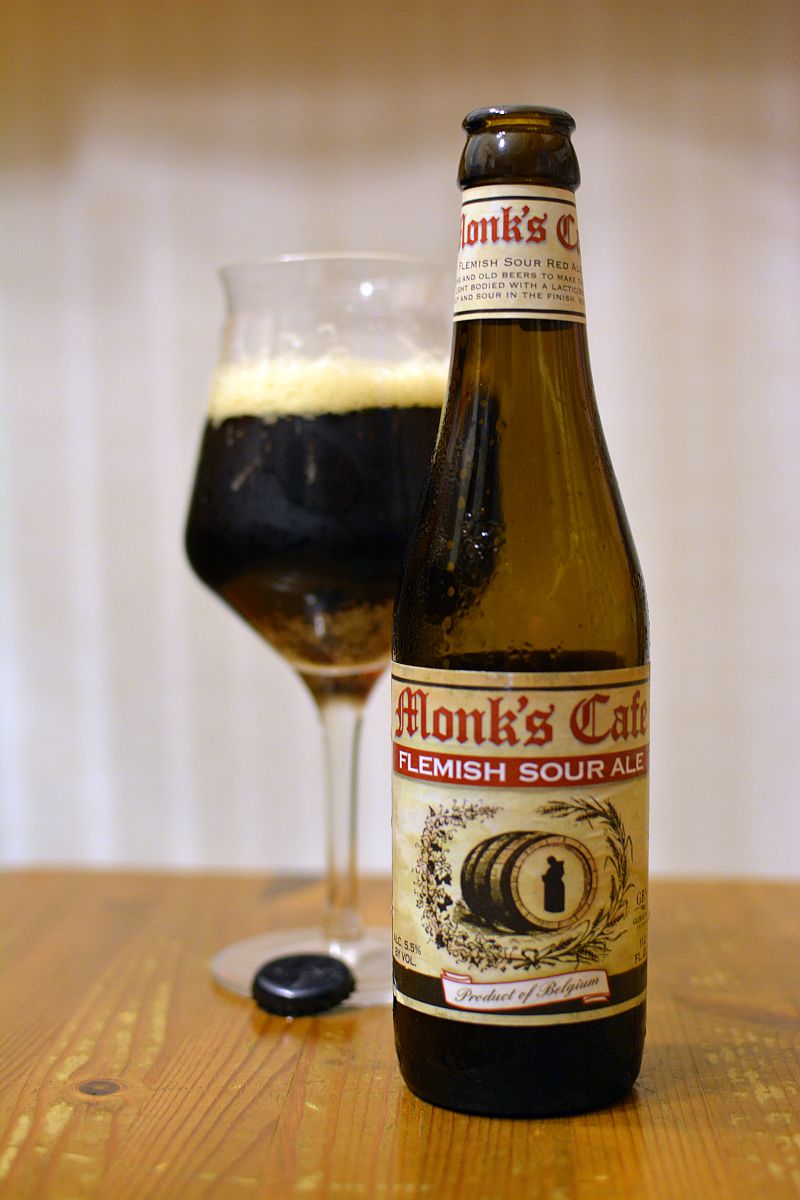 Monk’s Cafe beer from the Belgian brewery Brouwerij Van Steenberge, better known as Augustijn, Piraat and Gulden Draak, bought in Metro. The price is about 200 rubles. Not cheap, but not too expensive for Belgium.

Monk’s Cafe beer used to be called Bios, from the Greek for “life”. It is fermented with its own yeast race and according to the manufacturer, takes its origin from “that very”, the first beer which was brewed in 1784 by Jan Baptist.

Monk’s Cafe (Belgium, Ertvelde) – 5,5/14 Not a big fan of sours, but Flemish ales are one of the few in these styles that I drink with pleasure. Obviously Rodenbach can be considered the benchmark beer for Flemish sour ales, but other beers, even domestic examples are welcome as well!

Van Steenberge brewery does not specialize in sour ales and probably because of this, there is quite a lot of negativity towards them. They say it’s too sweet for a Flemish, it lacks some pungent balsamic vinegar! I personally do not think that the “acrid vinegariness” is an indicator of a good Flemish sour ale. Yes, this nuance is a must in this style, and Monk’s Cafe has it.

In addition to berry and barrel tones, there is a slight smokiness in the flavor, which is very interesting. The taste is sweet and sour. It’s the sweetness that makes this beer more beerable than its other brethren. A tart berry and some balsamic vinegar in the aftertaste. A nice, interesting beer. Rated B+.