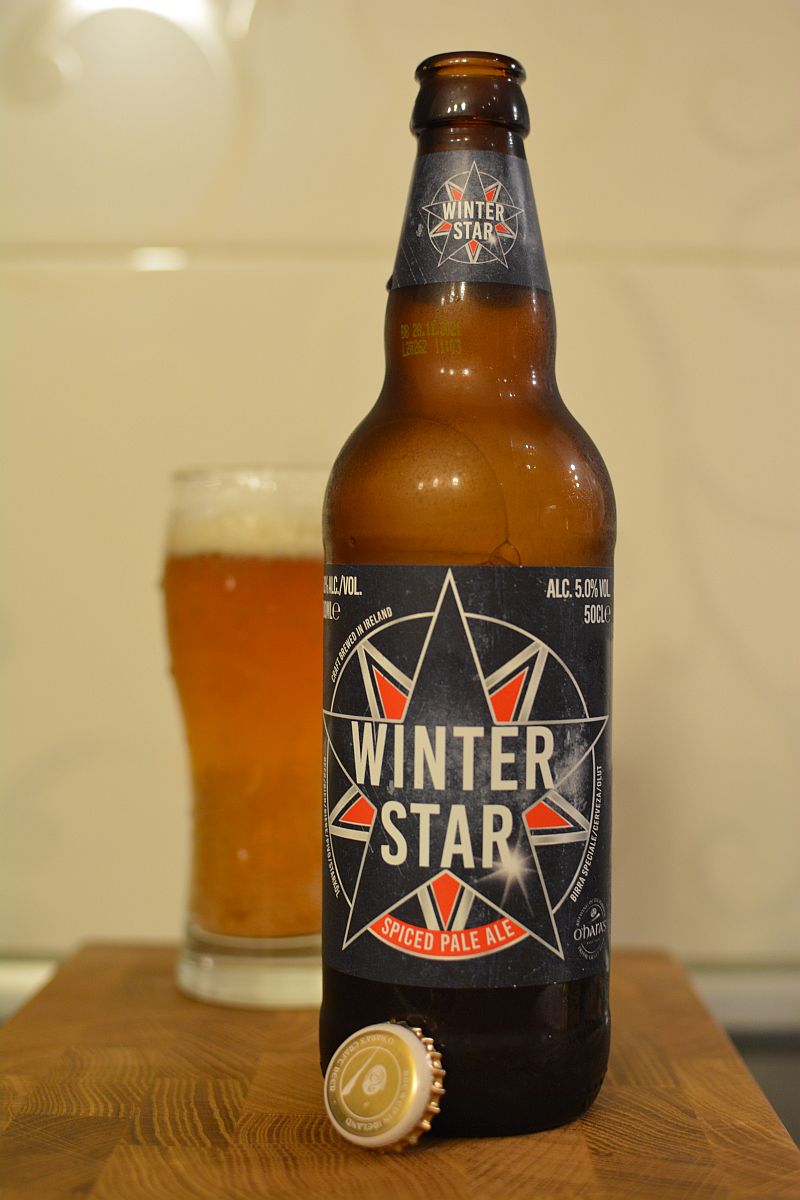 Winter is near. It’s already snowing outside, which means it’s time for a taste of winter ales. In the Beru Weekend store in Peredelkino, I found just a few. I’ll start with Winter Star from the Irish brewery O`Hara`s. The brewery is well known in our market, and four years ago I wrote about tasting the entire lineup. I didn’t like Winter Star at the time, as it was defective. I have to try it again.

Winter Star (Ireland, Carlow) – 5% Together with the design they changed the TTX. It was 4.3% alcohol, now it’s 5. Supposed to be good for you.

The aroma is cinnamon. The taste is a little hollow, malted. In the aftertaste in the foreground spices, namely cinnamon and a little nutmeg. Then there is a hop bitterness – tart, a little wooden. No defects noted, but I would not say that I liked the beer very much.

With a relatively simple, dry body, the spice is overpowering and looks like something foreign. Given the way craft brewers have been using spice in their beers lately, things look simple here. An English-style Pale Ale that just had cinnamon added to it. Not bad, but far from top notch either! Rating “C +”.

PS. The price is almost 300 rubles. Not a lot, yes. Irish beer has never been cheap.