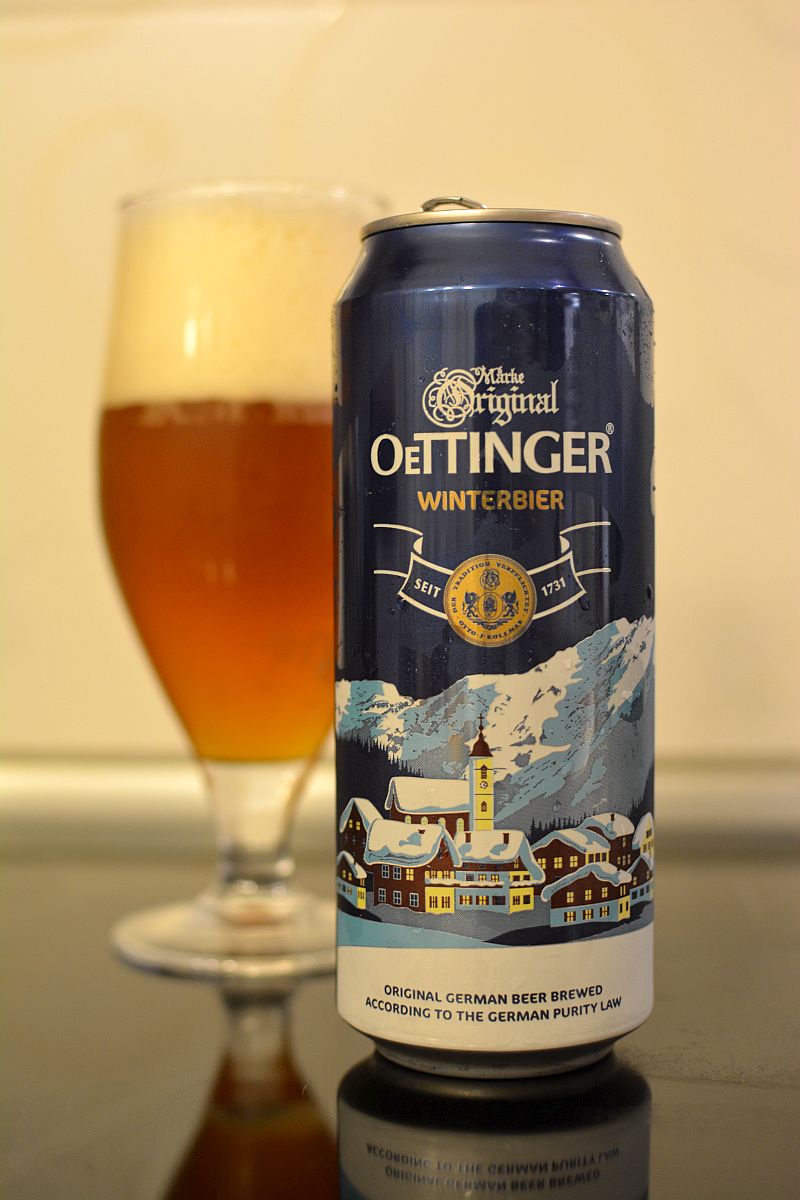 Intelligence reports that there’s a new beer at the Red and White chain – OeTTinger Winterbier. I couldn’t find it at the QB nearest me, but I bought it downtown today. Maybe an epidemic, or maybe some other heavenly forces began to act, but as in the case of Oktoberfest, the winter beer was on sale at the beginning of winter, not in the middle or end, as usually happened in recent years.

At one time, MPK worked closely with OeTTinger (and in fact, the factory was built on the model and likeness of this brewery). There were plans to produce at our brewery under license not only standard OeTTinger brews, but also seasonal varieties. Then for some reason this project was scrapped, which is a pity.

OeTTinger Winterbier (Germany, Oettingen) – 5,6/12,3 Beer cloudy with a pleasant amber hue. The aroma is weak. Taste quite full, but a bit hollow. In the aftertaste a little yeasty tone, a little bitterness and a bit of citrus tones.

Some people have already complained about this pungent bitterness, and some have also complained about the alcohol that is poking out. The serving temperature is important here. If you overcool, the bitterness will be very prominent, and at a higher temperature the alcohol will go as well (the beer is heavily ejected). Around 10-12 ° C, I think everything is more or less balanced and can be drunk without stress.

We got a kind of winter variation of keller beer (zwikelya). Curious, of course, but it is not quite clear for whom it is intended. Slightly above average strength, unfiltered, relatively low density. No, you can drink it quite well, but would I buy it again? Probably not. Nevertheless, variety is good, and certainly for the price of K&B. Rating “C.”

Beer from the American brewery Rhinelander