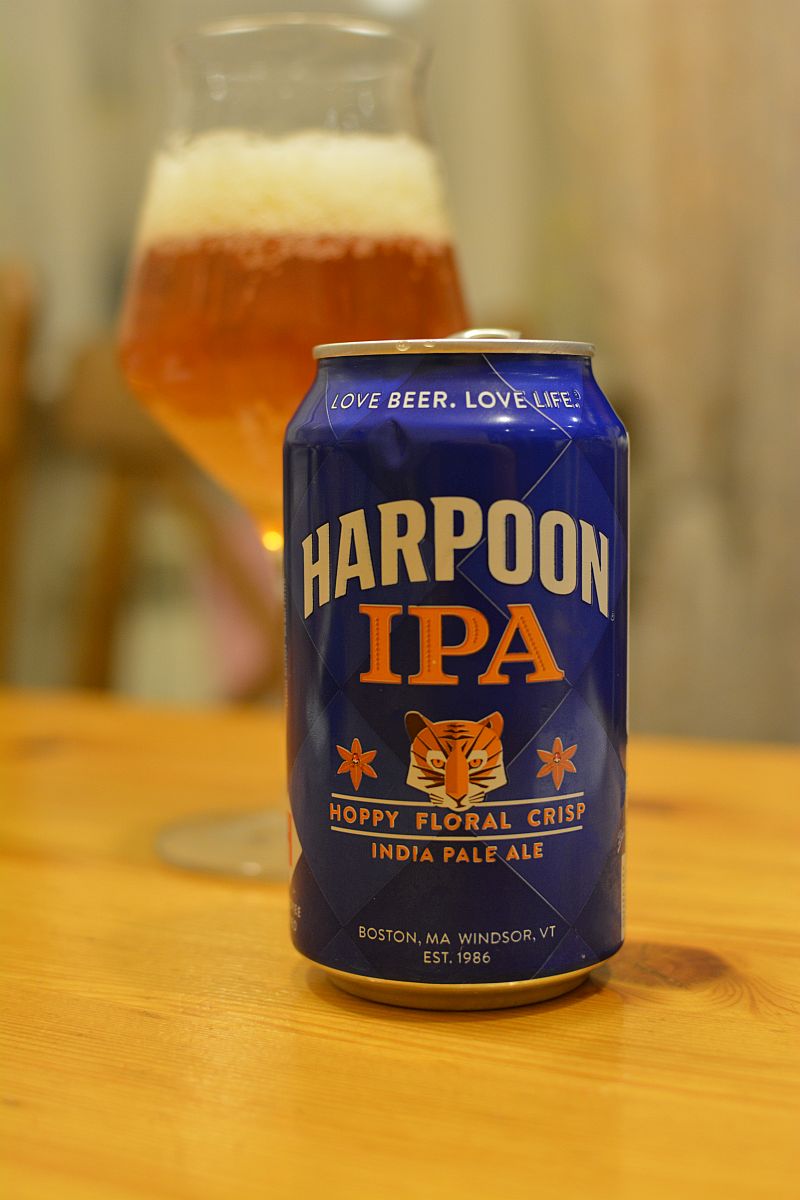 Harpoon, an American craft brewery founded in 1986, is located in Boston, Massachusetts and is the 18th largest in the United States. It’s actually two breweries. The one in Boston accounts for two-thirds of production and there’s a smaller one in Vermont. Together, they brew just under 6 million liters of beer a year.

Of the entire lineup, Harpoon IPA is the best-selling beer, which is no surprise. It’s been brewed since 1993. I bought it at Ashan “Marfino” for 225 rubles, which for an American beer is not that expensive.

Harpoon IPA (Boston, USA) – 5,9/15,5 The aroma is not very bright, but also not empty. Tones of sweet citrus and caramel are evident in the aroma. The taste is soft, caramel and moderately dry. In the aftertaste marmalade “lemon slices”, caramel and a little grassy tartness.

At first sip, the beer doesn’t seem very interesting, but then you realize that it is perfectly balanced and there’s not much to add to its taste. It has everything you need and nothing sticks out. You want to enjoy this beer and you can drink a lot of it. It is not boring. Grade “A-“.

Unfortunately, we don’t have enough IPAs like this on the market. The only similar beer I can remember is Crazy Moose by KONIX, but it is APA. For some reason all of our IPAs are at least as juicy and there are no such pithy ones. Even “Volkovskiy” IPA is not as potent as Harpoon.