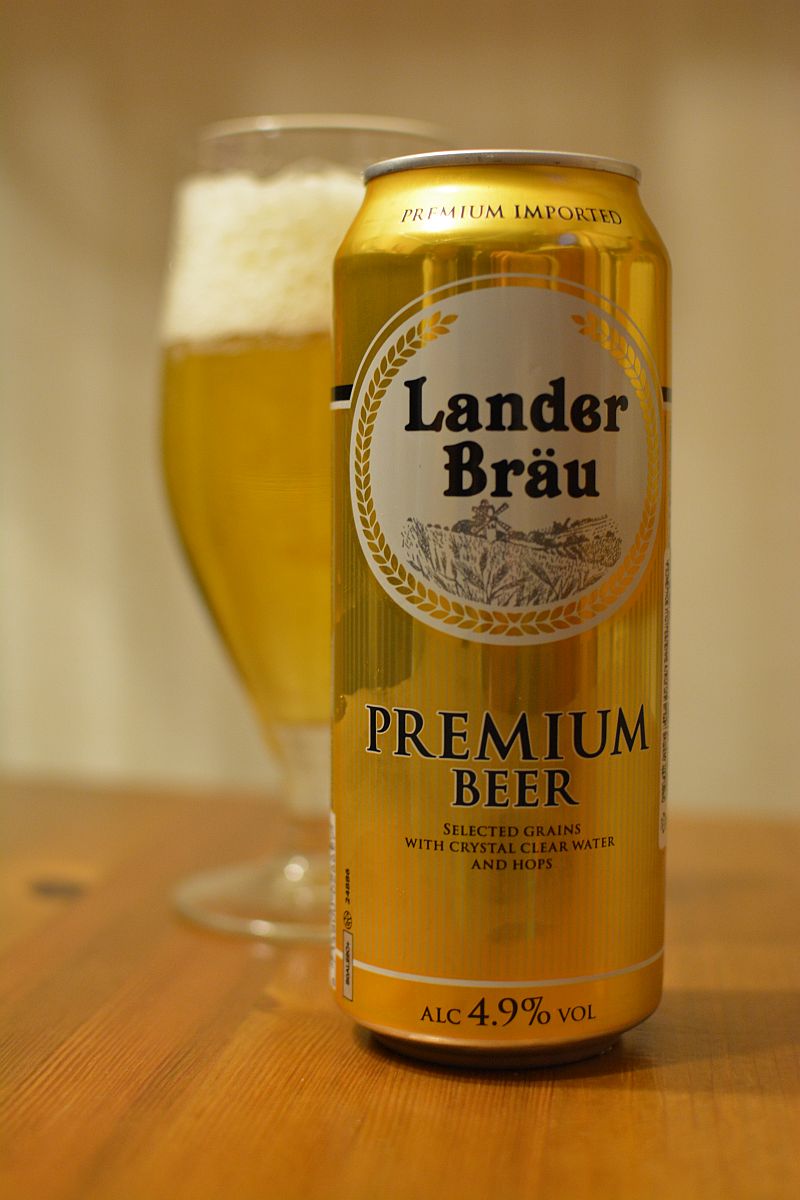 Basically, Lander Bräu beer can be categorized as a series of “gov’ts from…”. All the trappings are there – “premium imported”, “premium beer”, etc.. Except that the price doesn’t really hit the spot. Still, it’s not a private label, but a beer from the Dutch Swinkels Family Brewers, aka Bavaria Brouwerij.

This group of breweries produces well-known brands such as Bavaria, Hollandia, Palm, etc. The manufacturer of Lander Bräu is listed as H-West B.V. Brewery, but I think it’s just a division of Swinkels. At least, I could not find anything about a separate production facility, and the listed address, De Stater 1, Lieshout, is some kind of office building of the Bavaria brewery.

Lander Bräu (Netherlands, Lieshout) – 4.9/10.7 Aroma is weak, malty. The taste, despite the 10.7 ENS is full and of course also malted, but not sweet. In the aftertaste you can even notice some hops and floral tones.

Clean and I would not say poor. The beer is quite balanced and drinks well. No defects noted, but the truth is nothing to praise. If it were not 110, but 60, or at least 70, it would look much nicer :). The rating is “C+”.

This brand also has wheat and stout in its lineup, but Globus only had lager. I don’t know if they carry the rest? However, I don’t expect anything special from them, so I won’t worry about it too much.