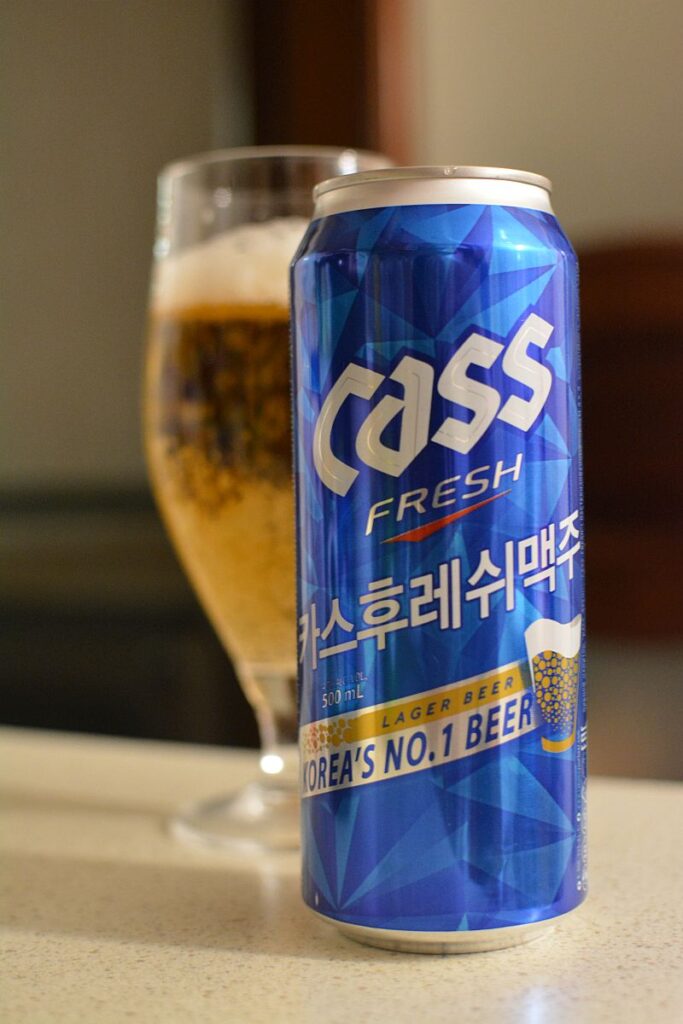 Something about the vogue for different Eastern and Southern lagers has gone down in our networks. Here’s K&B has a Korean lager Cass Fresh. AB InBew itself is the importer, and given the volume of K&B, this guarantees a low price. But as usual with this kind of beer, there is only one question – why? Who needs it!

Oriental Brewery, maker of Cass Fresh beer, was founded in 1952, which is surprising (the Korean War ended in 1953). That is, the brewery was established during the war!

In 1998, it was bought by AB InBew. As for the Cass brand, at one time it occupied up to 70% of the Korean market, but then it was squeezed by Hite. The brand became internationally renowned after it was praised by famous chef Gordon Ramsay. Ramsay called it “refreshing,” “light,” and perfectly suited to Korean cuisine. Believe it when you hear that chefs have honed tastes!

Cass Fresh (Gwangju, Korea) – 4.7/10.8 Aroma weak, sweet, corn. The taste is watery, empty, malty. In the aftertaste to the malt is mixed with a little apple. Watery and empty lager, which can go to any dish in the world, as it does not spoil them, as well as ordinary water does not spoil. However, this beer can not add anything to any dish. To quench thirst on the beach in the form of ice, that’s his credo. No more! Rated “D+”.