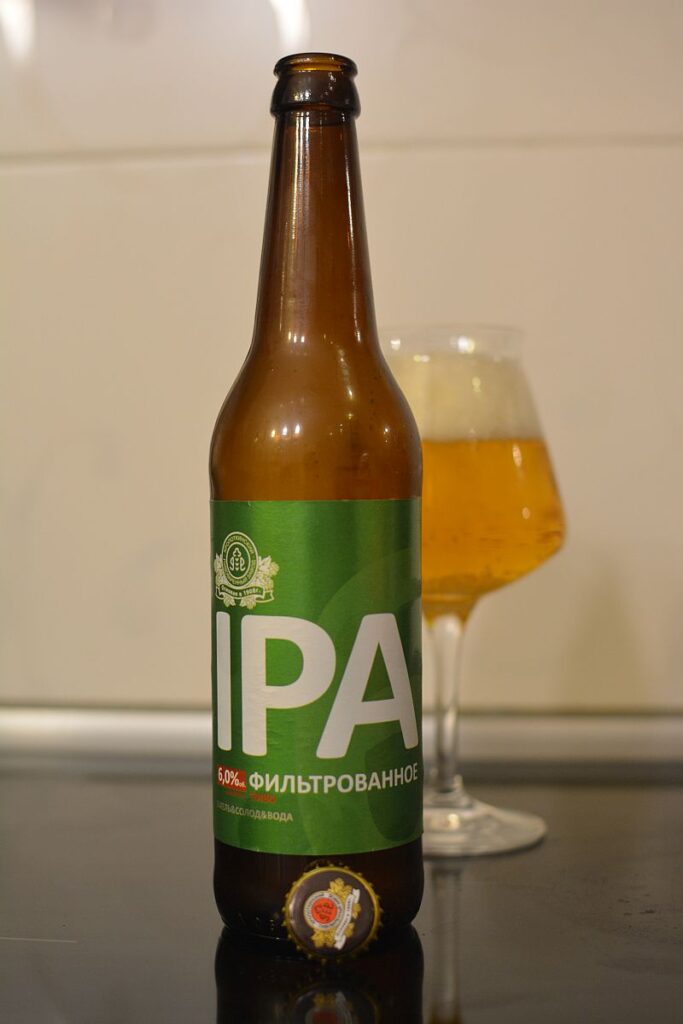 At the Crop Pivo booth, at the past Prodexpo, I saw an IPA, but no bottles were opened in the first few days. I didn’t get a chance to try it. Yesterday, however, I looked into a little store in our village (there’s always something from the regionals there) and found the product I was looking for!

As I have repeatedly noted, Crop Pivor in recent years is pleased that they are trying to develop a line, and not stumped in the proverbial “Live-unfiltered” or God forbid “boiler. Not bad for them collaboration with the Belgians came out. Nevertheless, they continue to produce such hats, and the main lineup doesn’t shine with purity either. It’s confirmation, though, that the various defects in these brands are deliberately embedded. There are many people (especially in the local market) who confuse defects with taste and clean beer is perceived by them as “not real”.

Crop Pivo IPA (Russia, Kropotkin) – 6/14 The aroma is faint, but you can tell a hint of hops in it. The taste is clean, but empty. The body as such is very weak, not to mention the almost total absence of caramel tones. There is a grassy bitterness in the aftertaste. Bitterness is normal, but harsh and completely unpalatable. To characterize this beer – a lot of bitterness and nothing more. Grade “C-“.

I’ve never understood how a beer like this is put into production? Well, you’ve never brewed an IPA. It’s no big deal. Get some benchmarks or at least mass-produced ones. Give it a try. Try to make something similar, in general terms.

It’s clear that this is not really the case, but I can find no other explanation :) As a result, this kind of IPA will not sell in the local, conservative market, much less “in the capitals”.