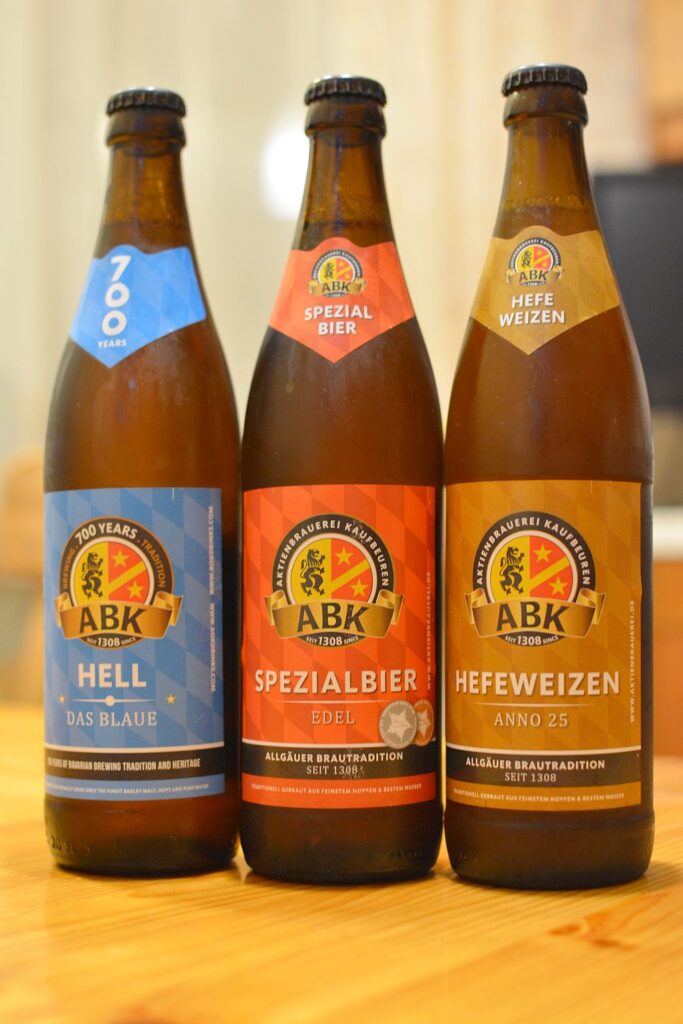 Always amazed at the impudence of marketers, Russian or foreign, it doesn’t matter! They like to add a hundred or two, or even five hundred years to the age of their breweries. The Bavarian brewery ABK (Aktienbrauerei Kaufbeuren), brags that it operates since 1308 and they say, on this account, even documents in the museum is!

There are, but documents that in 1308, the free city of Kaufboyren, a certain Henry Twinger was given (why? !) a brewery. True, it was then called “Zur Golden Traube”. Then this brewery bought other breweries in town. On the site of the brewery, however, they admit that the building where the current production is located was built only in 1807 (and not even a building, just a beer cellar), but this is a trifle.

I do not know why for example IPC does not do so? Would have found documents that in Moscow, in the 1600’s was a brewery (and they were many in Moscow) and from her dance. And the fact that they moved to Mytishchi, so it’s only because of the water, which in the center is not very.

Okay, let’s get back to ABK. ImportTrade LLC (maiden name Carabus) imports this beer. Bought at Ashan for 150 rubles. 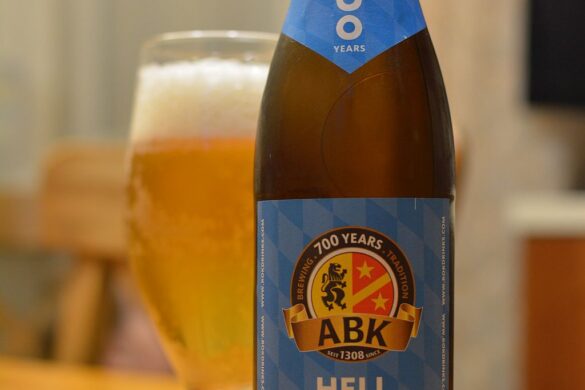 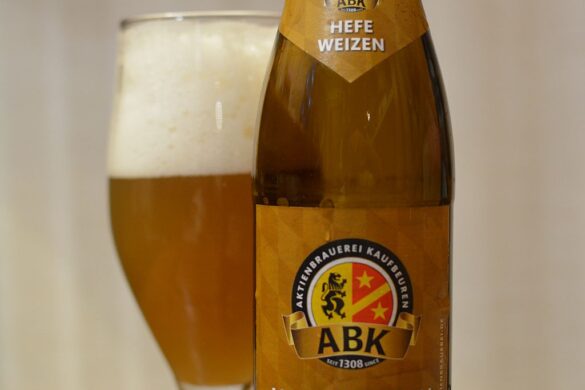 ABK Hell ‘Das Blaue’ (Germany, Kaufboyren) – 5/11.7 Floral aroma. The taste is soft, malty. In the aftertaste to the flowers added honey and a light grassy hop. An excellent example of Bavarian hops. Clean, drinkable, tasty. Without extremism and abstractionism. Rated B+.

ABK Edel ‘Spezialbier’ (Germany, Kaufboyren) – 5.8/13.3 There is malt in the aroma. The taste is full, also malted. In the aftertaste a bit of honey and chalk. Light hops. Also, a very drinkable and tasty beer, especially if you consider it exactly as “fest beer. Grade “B”.

ABK Hefeweizen Anno 25 (Germany, Kaufbeuren) – 5.3/11.7 Color somewhat dirty, but otherwise, a pleasant weizen with a banana profile in the aroma and aftertaste. Moderately “fat.” A little spice in the aftertaste. Not bad. Grade “B-“.

As you can see, the classic representatives of the German (Bavarian) brewing school. In fact – can not add or subtract. Do not expect something special, but that’s the style. There are different specialties in the brewery’s assortment, but we don’t have them on our shelves yet.