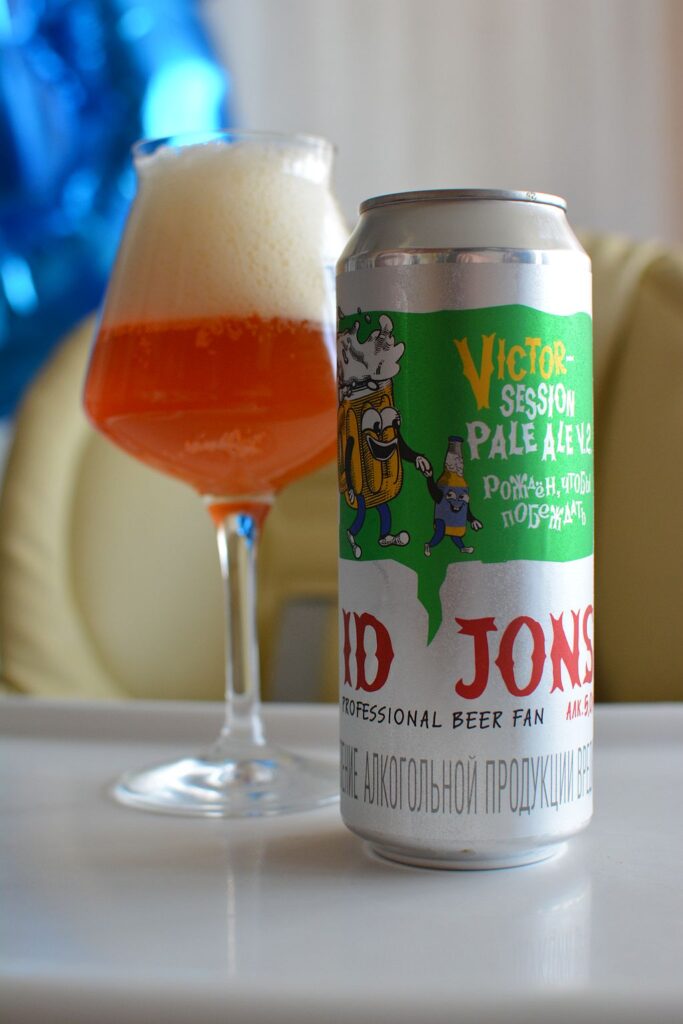 Today is “Children’s Day,” so why not celebrate this holiday with a beer that I brew once a year for the birthday of my youngest son, Victor! The first time it was brewed on his birthday, the second one, when he turned year-old. Two weeks later, Vita is two years old, so “version 2,” though in fact it’s already the third.

Every time, it’s a different beer. Not much, but different. Stylistically, it’s a session IPA (or just a Pale Ale, who sees little “ipasto” in it). Many brewers brew a beer for the birth of their children, but it’s usually something strong. I, on the other hand, decided to stop at a relatively light beer for now, since Vitya is still young :). By the time he is eighteen it may be DIPA, but in any case, it will not be repeated.

Victor, still a light, summery, refreshing beer. The aroma and aftertaste is dominated by lemon and generally citrus notes and some pineapple. There is very little sweetness on the palate, which balances out the citrus and bitterness. I will self-critically give this beer a B+. :)

The label design is still from the branding agency “Your opinion“. You can see how it was brewed on YouTube, in my video blog. The beer will go on sale this week. Where exactly it will be, I can’t tell you yet. Distribution is through Konix. It will probably appear in friendly stores – Beru Vykhodnoy and Rus Beer. Perhaps in Glavpivmag and Getdrinks.

The beer is available in 20-liter kegs and 0.5-liter cans. In a couple of weeks we’ll get together and drink Victor Session Pale Ale V.2 in friendly company. The exact date and place will be announced on my FB.

Russian stout from the Crimea