Beer in Orenburg and surroundings 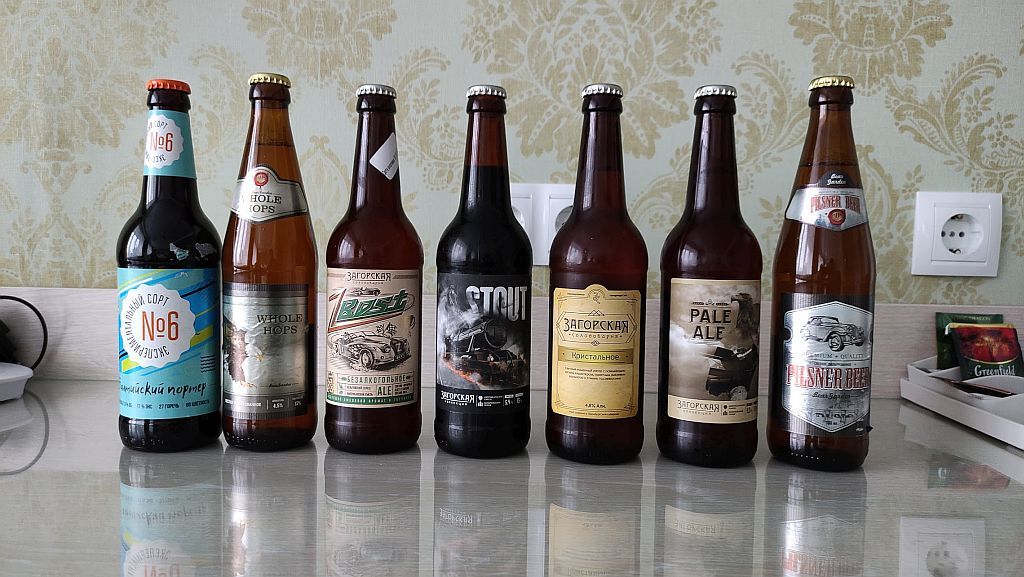 Last week I visited Orenburg in the company of Pavel Egorov, at the invitation of Kraft Brewery. The main purpose was of course the brewery itself and jointly brewed beer, about what soon will be a reel on YouTube. But it would be wrong to visit Orenburg and not to try beer from other local breweries.

In and around Orenburg, despite the fact that it is home to a little over 500 thousand people, there are at least nine breweries and three more in the region. The largest is probably “Kraft”. The oldest is Hoffman’s, a brewery founded in 1870. The rest are mini breweries (except Orsk brewery), which appeared relatively recently.

Most of these mini-breweries are typical representatives of regional “live-unfiltered” traditions. There are several brewery chains in the city that belong to these breweries or have exclusivity with them.

To be honest, I didn’t keep any special records of the beers I tasted, since most of them are similar to each other and differ only in the number of defects – more or less. Therefore, I will tell about beer in Orenburg in general – in broad strokes. In the photo report Pasha will be more detailed and with labels. 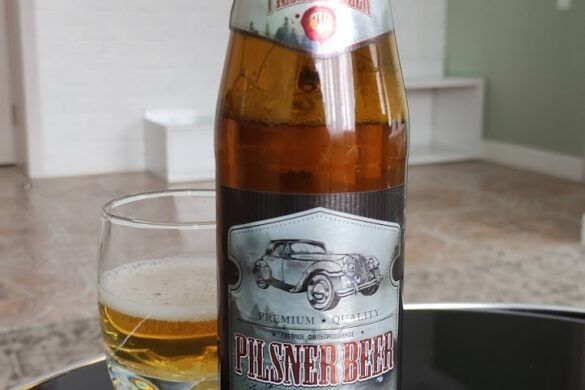 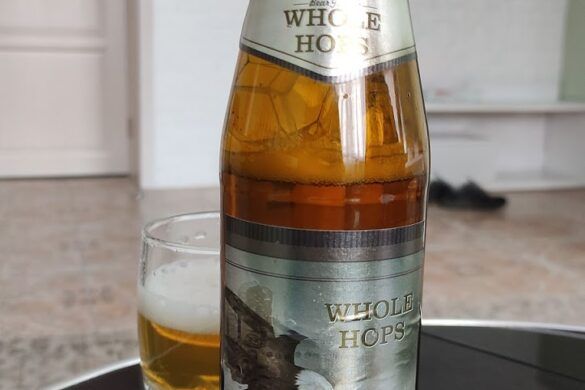 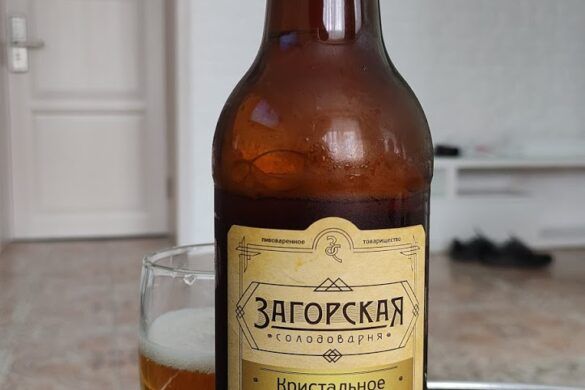 I’ll probably start with the new products from Kraft itself. There are two – Czech Pilsner and Baltic Porter. Czech Pilsner was not to my liking. Lots of malt tones, dried fruit, and the bitterness is coarse and not very distinct. Rated C. Porter, on the other hand, is very decent. Not too strong – 7.5% alk. Pleasant wine tones, chocolate, briar, everything’s there. Great to drink even in the heat. Rated B+.

One of the most successful and fashionable mini-breweries in Orenburg is Zagorskaya. From the very beginning we followed a strange (for local traditions) way: we produced only bottled beer. They poured it in PET at the plant and put it in the fridges. Recently they started a bottling line and sort of started supplying bottling. Despite the lack of “draft beer,” grabbed a fair chunk of the local market. Why? The answer is simple – high quality beer and the beer is really good!

Pale Ale is an excellent pale ale (even closer to an IPA) with a nice malt, caramel body, fruit and a smooth, slightly citrusy bitterness. Rated B+. Crystal is a clean, well boring beer. Just a well-made lager. Dry, tart, with quite noticeable hops. C+ grade. And this brewery is probably the only weitzen that is a weitzen. With all the others, the name “wheat” doesn’t mean it’s a weitzen at all.

Rausch Beer is a brewery from Bashkiria, but is sold a lot in Orenburg. Promising names – Whole Hops, Pilsner Beer, etc. In fact, empty muddy lagers without a hint of hops. Saw a barleywine with a strength of 4.5% in the lineup, but did not take it. I’ll give you a D+ for everything in bulk. Remains a mystery, what does the inscription on all the labels mean – bear garden? Bear garden? 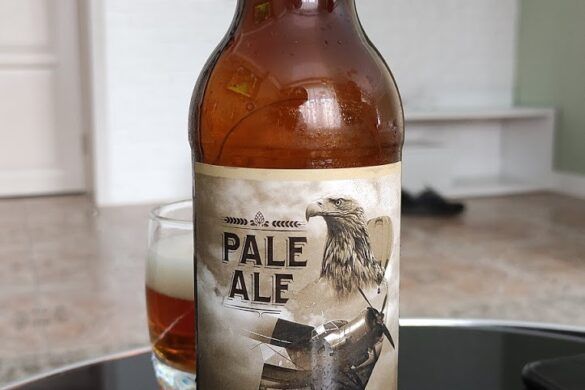 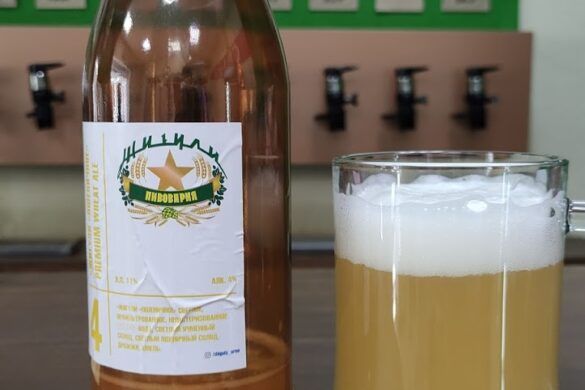 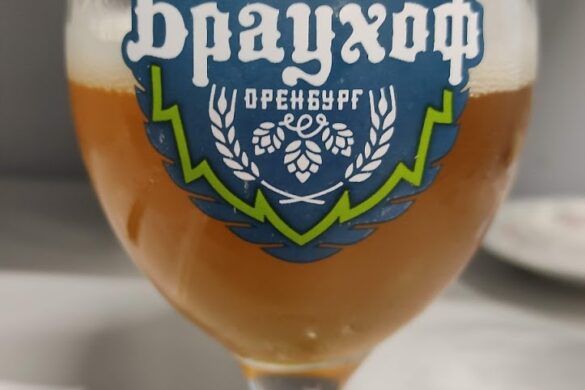 A brewery with the original name “Zhiguli“. Very small, works mainly for its bottlers. Alas, could not visit, but sampled the beer. The beer in assortment was lager (filtered and unfiltered) and blanc. The filtered one was an excellent, clean lager, though without much hops. Clean, drinkable, tasty. Rated B-. The blanc, on the other hand, is excellent! Not a bit worse than the famous Belgian brethren. Coriander and zest in perfect balance. Moderately dry. A fine beer that was particularly pleasing against the backdrop of a fierce brew. A- rating.

Brauhof is a very small brewery that we had time to stop by. Also, only works for its chain of bottlers and bars. Very surprising was the “Light” beer, with only 3% alcohol. Usually it’s something watery, with the feeling of just rinsing out a beer tank. Here, on the other hand, it’s a nice malty, slightly caramel body with a slight but palpable grassy hop. Rated “B+.”

The brewery owner, Pavel, said this beer is good in the summer. Now it’s getting warmer and it will go… It was +32 outside! 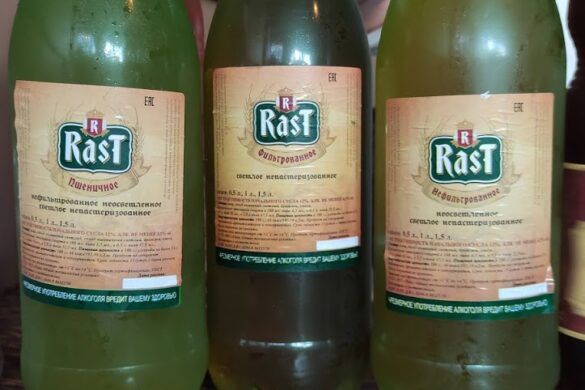 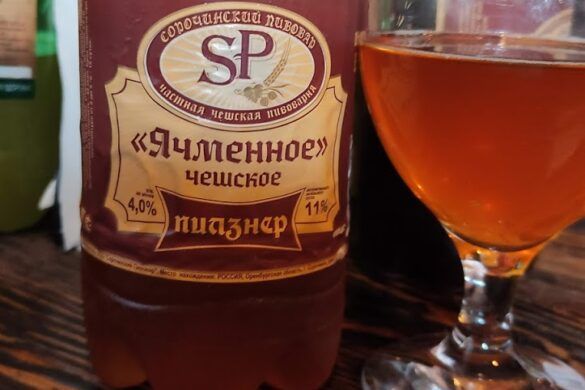 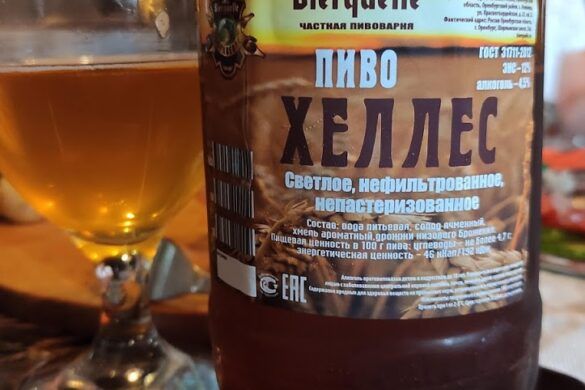 The Goffman brewery. The brewery has a bar, a restaurant and a taproom in the manner of “Na dne” in Samara. We went to the bar. Beautifully decorated like the old times. Only two (!) Beer varieties – Vienna and Wheat. Viennese is just a pale lager, without a hint of Viennese malt, but with well-defined AMD and diacetyl. Wheat – probably just contains wheat malt, but otherwise – defective light lager. Didn’t even finish 0.3. D grade. But the brewery itself is interesting, ancient.

Recently, in Orenburg appeared many outlets Orsk beer. Also, I’ll give it a “D” in bulk. It was impossible to drink it. Dirty rag and a sea of diacetyl, multiplied by stinky PET, the smell of plastic interrupted even the diacetyl.

Sorochinsky Brewer – something with an under-fermented flavor, little gas and similarly, diacetyl. Wheat – traditionally unrelated to witzen. Sad. Rated “D,” even if something from the range was slightly better.

Rast, Beerqelle, Holz, etc. are average. Yes, also to some degree with diacetyl and sometimes with AMD, but not as much. The assortment is the same – light, dark and the same ersatz wheat. There is little difference from each other. Drinkable, but purely to quench thirst and with some snacks. Wholesale grades from “C-” to “C.”

I understand that the local market dictates demand and conditions. Yes, for the most part, kraft is not needed there, both in terms of complexity of flavor and price. But, even brewing regular light lagers, you can do it well! And as we can see, some can. Those who brew “this is all”, they simply spit on quality, or they themselves do not understand (and educate the consumer in the same way), what is good and what is bad.

There will be a separate video about beer in Orenburg, but for now the video about the brewery “1 Tonna” and the bar AXIOM.