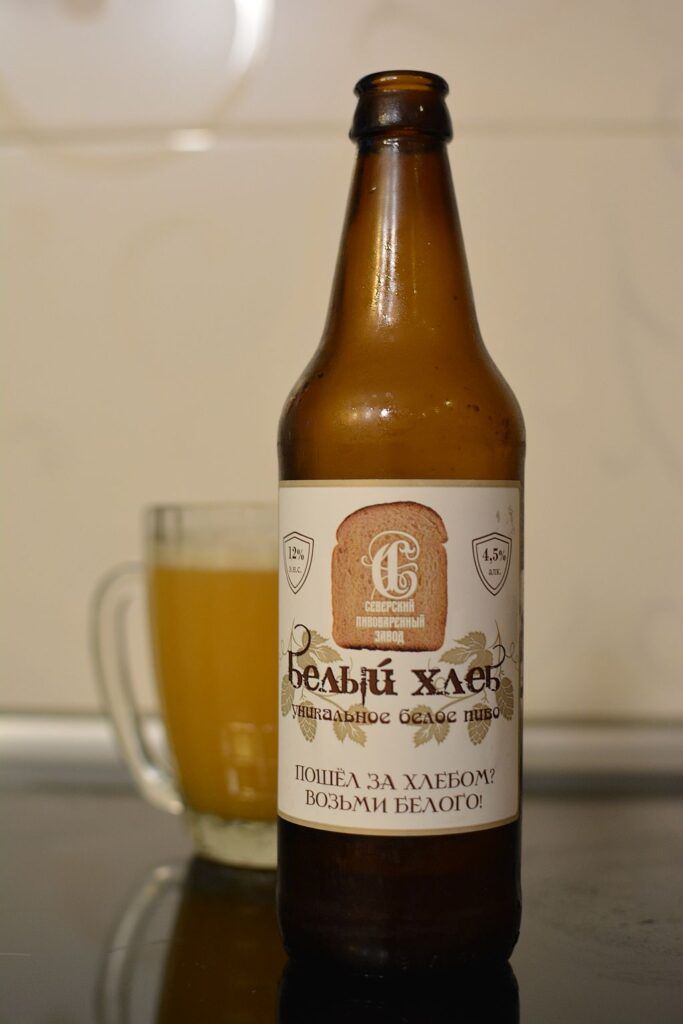 The third and final part of the “Russian Southern beer” epic. Today’s pulpiest is the White Bread beer from Seversky Brewery. The brewery was built in 2016 in the village of Severskaya, Krasnodrarsky Krai.

As the official website of the brewery says – “The aim of the company – to instill the right culture of consumption of quality beer. We are not looking for quantity but for quality.

Good intentions, and as you know the road paved with good intentions. Beer White Bread is positioned as – “Unbelievably mild. The color is white and cloudy. In the manufacture of beer uses a special method of mashing so that the wort becomes white shade . By the way, there is no wheat malt in the composition, and the beer is indeed very cloudy, like weitzen.

White Bread (Russia, Krasnodar region, Severskaya station) – 4,5/12 I do not know what it was supposed to be, but to determine the style in which the beer was brewed, I could not. The smell (you can’t call it an aroma) was putrid, vomitous. Took the risk of taking a sip, but quickly spit it out. The taste is sour, raggy and something else beyond description.

Clearly, a life form alien to us had evolved in this beer. The bottle should have been burned, but I cowardly poured it down the sink. Now if people start disappearing and their remains are found in the sewers of Vnukovo, it’s entirely my fault!

Clearly, the beer is spoiled. The shelf life of the beer is declared 30 days. Draught from 25.06, I bought it all on 18.07. The beer was in the fridge. Tell me – how could you not care about sanitation, that would get this, less than a month?!

Yes, sometimes you get sour or sour beer, but more or less sourness is nothing compared to THIS! This drink is simply dangerous to your health. Unfortunately, the thought of looking through a microscope came after I poured it all out. I would have been curious to see this zoo.

F grade. And even if you can drink this beer right after bottling and as they write in the slipper – “Flourish body, wet rags in flavor,” the “unique” beer is initially contaminated with everything you can think of. Nothing good will come of it. 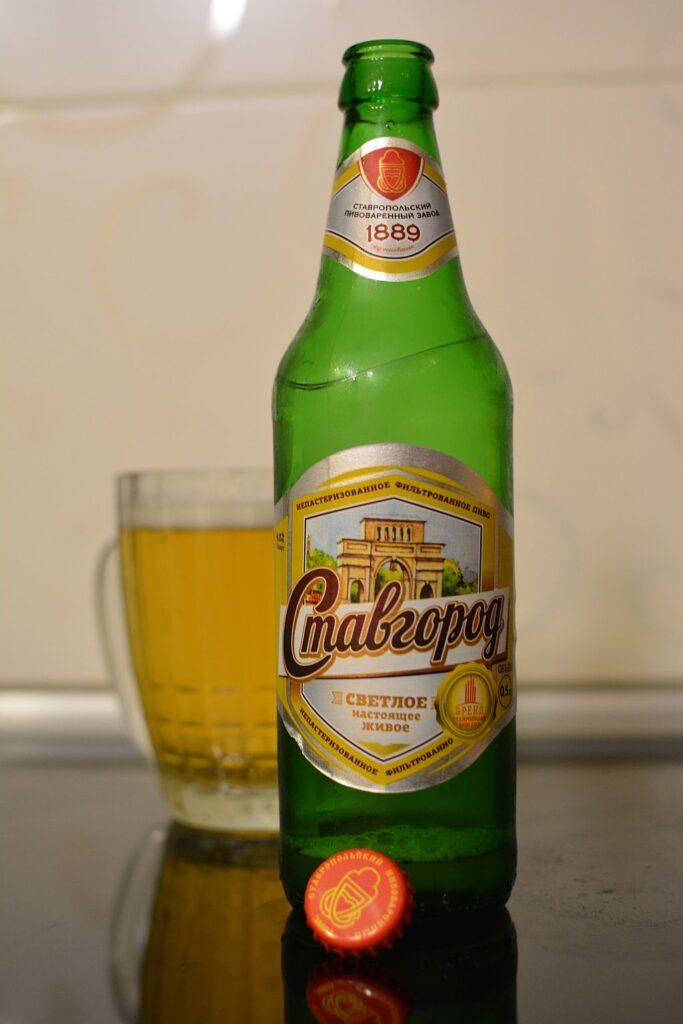 And to wrap it up, by the way. Stavgorod (Stavgorod) beer from the Stavropol Brewery.

Stavgorod (Stavgorod) (Russia, Stavropol) – 4/11 Maybe with fright, after this “bread”, I even drank it. Diacetyl, of course, over the edge! Maybe you should create a separate style “Southern ” and enter the diacetyl, as an essential element of taste and aroma. And who will brew clean, scold with scolding – “did not get into the style. Apart from diacetyl and a dirty grain tone, there’s not much else in this beer. If you eat a hefty slice of Cecil cheese (for lack of wobble in my house), you can drink it. But, why?! Rated D+.