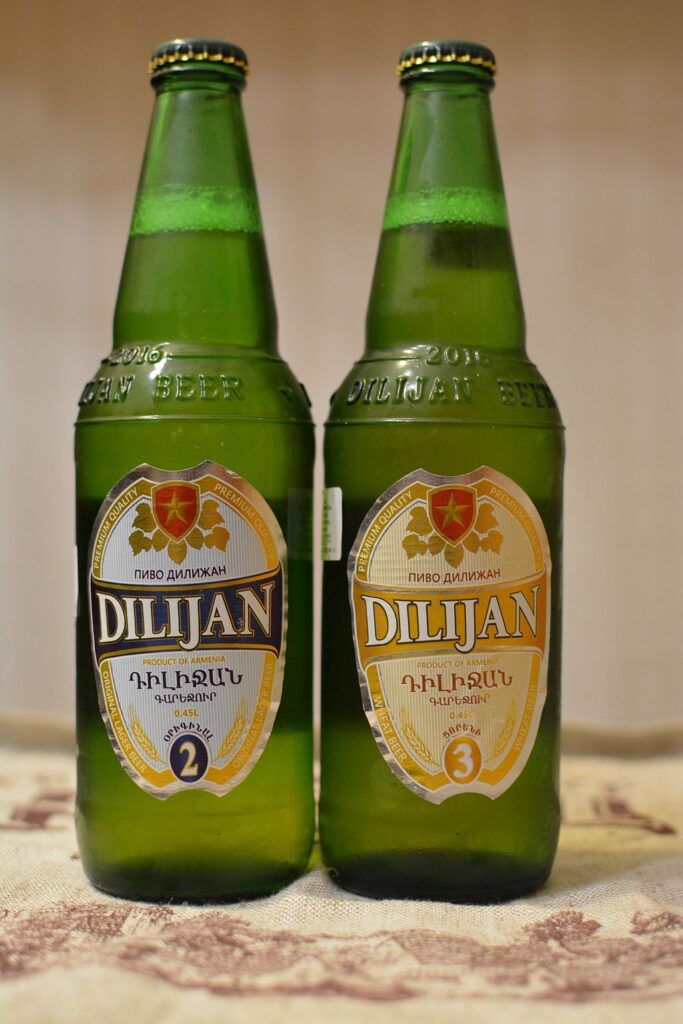 This post is dedicated to our friend from sunny Dilijan! I don’t know who it could be (obviously not Rubik Hachikian), but so be it. I don’t seem to have blogged about Dilijan beer, but I have tasted it. Did not leave a good memory. And the other day, saw a line from this brewery in a small store. Took numbers 2 and 3.

Dilijan Brewery started relatively recently, in 2016. It is located in the city of the same name in northern Armenia. The brewery brews six beers, numbered from one to five and plus, non-alcoholic #0. Very original! 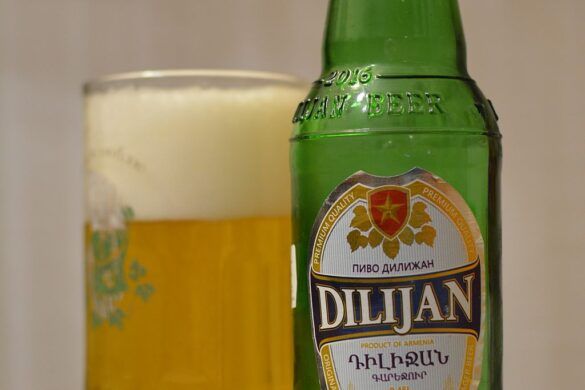 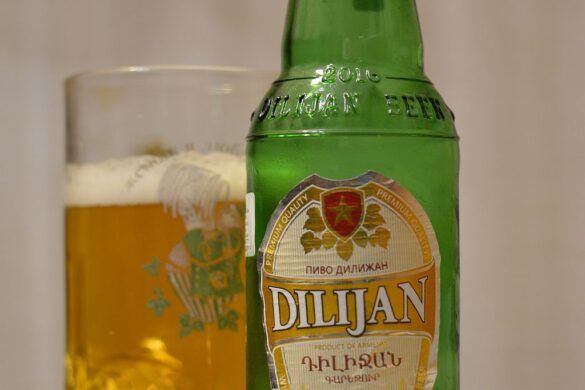 Dilijan #2 (Armenia, Dilijan) – 4.9/12 Often inherent in Armenian beer aroma of lightened hops. Green bottle and probably not very suitable for it hops (not persistent), or maybe improper logistics, the fault. If you let the beer breathe, the “skunk” goes away, but the beer doesn’t get better. The aroma of tap water with rotten fruit remains.

The taste is sweet, you might even say – sugary. In the aftertaste, to all this orchestra is added iron and some, very few, hops to the flowers. Grade “D”.

Dilijan #2 (Armenia, Dilijan) – 4.4/12.5 Declared as Kristallweizen. And not just in the god-awful “tap,” but on the official website it says it’s “an extraordinary wheat beer.” A common misconception among ex-Soviet regional brewers is that if you put wheat malt in, the beer becomes wheat. No, it doesn’t!

Yes, this beer has a softness and a certain bread sweetness from the wheat malt, but in fact, it’s just a light lager. The aroma is muddy, fruity. About the taste I already said – mild, but also dirty. There is some sourness in the aftertaste, which feels alcoholic (which is not of course). Unpleasant beer. Rated “D-.”

It would be interesting to try this beer locally. Still, regional breweries often have very poor staying power and it is highly discouraged to travel outside the city, but it’s fine to drink locally. Not always, but sometimes.