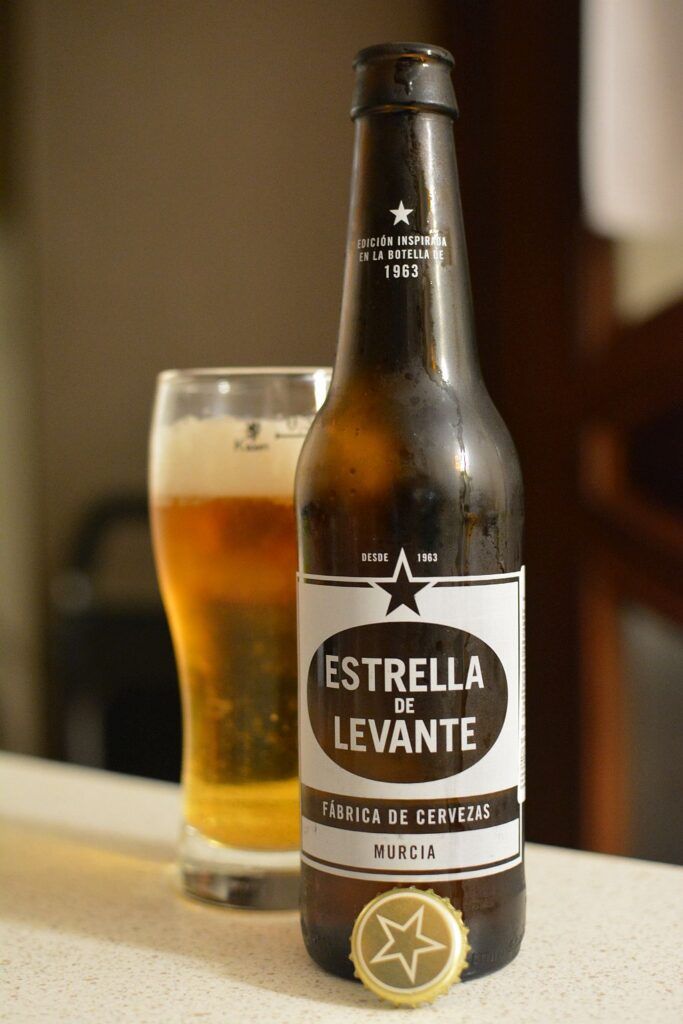 Estrella again, but not the same one, but a little bit still the same one. It seems that in Spain, the name of Estrella beer is akin to our Zhigulyevsky. Everybody brews it. In addition to the well-known Estrella Damm, there are Estrella Galicia and now Estrella de Levante. Everywhere you look, you see stars!

When I wrote that this is not the same Estrella, but a little bit, I meant that the Estrella de Levante brewery, which has existed since 1963, is now owned by the Damm group, although the brand existed before their merger.

The beers of this brewery are popular in the regions of Mercia, Valencia, La Mancha, East Andalusia, plus the Balearic and Canary Islands. It is a regional brewery, though not a small one (100 million liters of beer per year). The brewery’s assortment is not very large, but in addition to traditional lagers it also produces craft brews. For example, gose with peaches and grape juice, but I have not seen it on sale here.

Estrella de Levante (Spain, Espinardo) – 4,8/11,6 Malty aroma. The taste is the same. In the aftertaste at first comes something apothecary, a collection of herbs. I can’t say it’s disgusting, but it’s kind of… weird. Then the excessive apothecary leaves and there is a slight bitterness, plus wildflowers.

Not quite empty, but also not a bright lager, which is probably just right for the Spanish climate. Probably not apothecary in fresh form either. C+ grade.