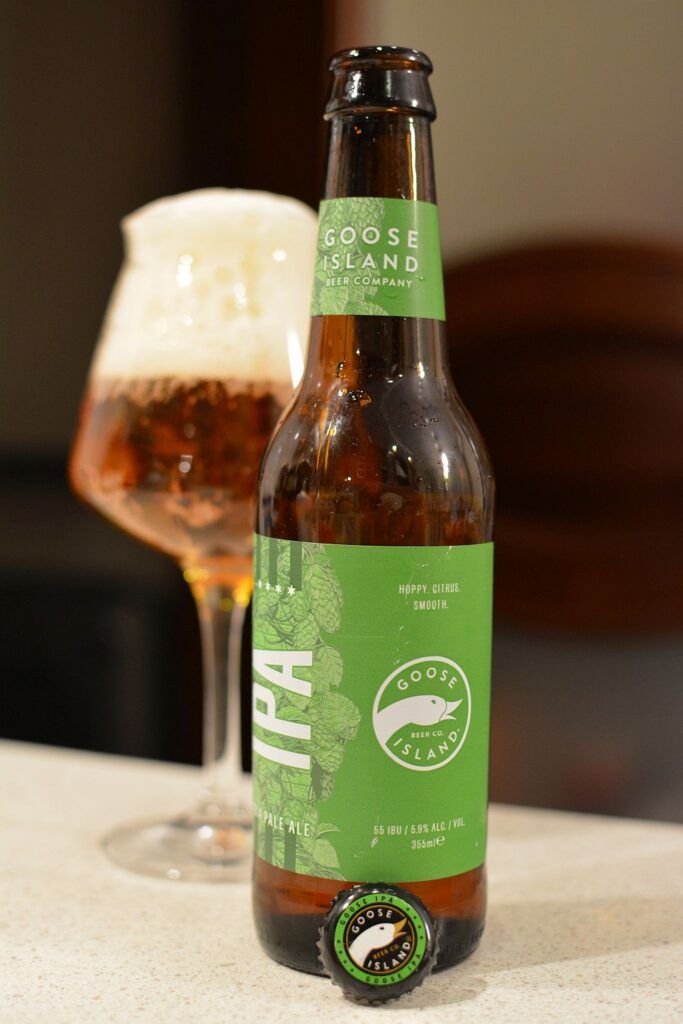 For anyone with any interest in beer, the American brewery Goose Island needs no introduction. AB InBev has been importing their beer to Russia for three years now, so you can find it in many stores and bars. I first tasted it in 2018 at some festival, but for some reason I didn’t blog about it. Correcting an oversight.

And for those still unfamiliar with one of America’s “pillar” craft breweries, I’ll give you a little tour nonetheless.

Goose Island Brewery was founded by John Hall in Chicago in 1988. Prior to that, as the legend goes, John had traveled around Europe (most likely with a stop in England) and upon his return decided that it would be a good idea to brew such beer in America as well. As I recall, by the early 1980s, the U.S. beer market was a dismal sight. It was shared by a number of beer giants that produced monotonous, empty, not much different beer from each other. You all know it well – Bud, Miller, Coors and other bubbly liquids.

John Hall got into the swing of it, you might say. It was in the mid-’80s that the craft brewing boom began in the U.S. and Goose Island was the brewery of the first wave, which allowed it to make a name for itself fairly quickly. In 1995, it went from being a small brewery to being quite large, and in 2011, 58% of the shares were sold to Fulton Street Brewery LLC and 42% to Craft Brew Alliance (essentially AB InBev). After that, Goose Island was dishonorably struck off all decent Birgik tap lists .

Did it make the beer any worse? I don’t think so. Having not tasted it in 1988, I can’t compare. It’s likely that the flavor changed over time, along with the development of the brewery, but it clearly didn’t get worse. What’s brewed now and what I’ve tasted is a smooth, quality, very drinkable beer without extremism or abstractionism.

Goose Island IPA (USA, New York) – 5,9/15,5 What is interesting, the manufacturer itself refers to this beer as English IPA, but with a brighter hop aroma and more bitterness. In fact, this is the main difference between American and English IPAs. American of course also differs slightly in body – drier and less caramel (although this is also allowed). In general – as the brewer said, so it will be!

The aroma has floral, sweet notes. The taste is full, slightly caramel, but not sweet. Moderate bitterness with hints of sweet citrus and flowers in the aftertaste. Everything is well balanced. This IPA can be drunk quite a lot and it will not get boring. At the same time, has its own handwriting. Rated B+.