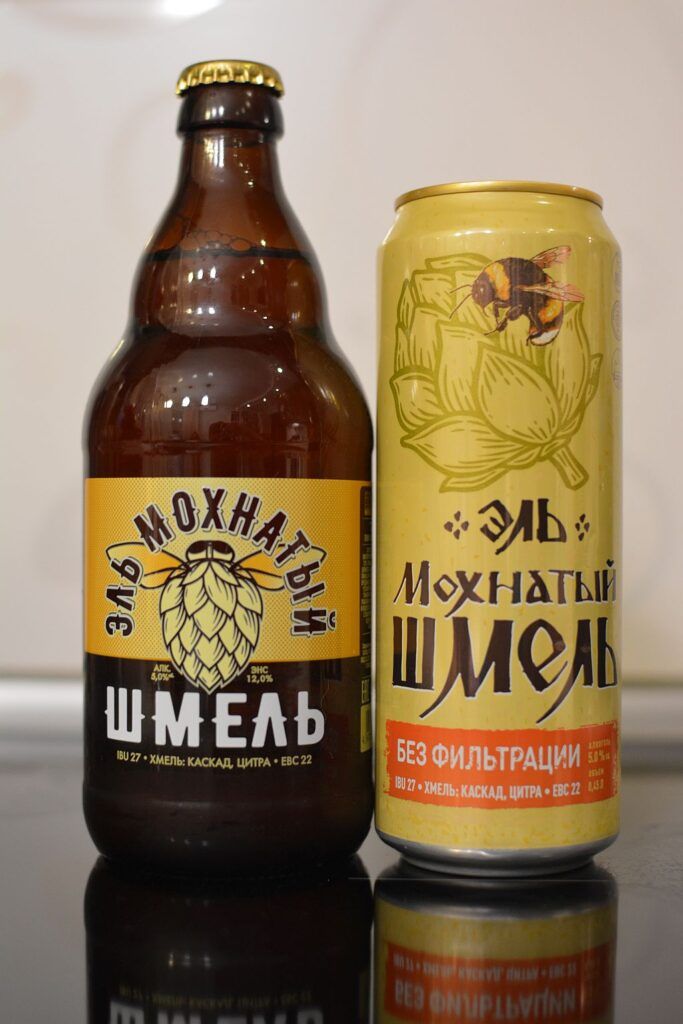 Talk about our ale, Mochnatit Shmel (Furry Bumblebee). Back in the spring, the IPC announced an unfiltered version of it, but for some reason I still haven’t seen it anywhere (didn’t look hard enough, I guess).

Let me remind you thatmy introduction to this beer took place at the first and only M-Fest, when Mikhail Yershov presented his prototype. It went into commercial production in the summer of 2014 and quickly became popular enough, despite the fact that “people do not like bitter and dark” and are even more afraid of the word “ale. At least, that’s how it was at the time.

With time the perception of novelty passed and I even saw the definition of “shabby” in a tap (what can I say about Pilsner Urqell, Weihenstephan and other Paulaners – shabby?!). Obviously the sales are lower, but I attribute this more to marketing and brand promotion in general. The beer itself is still unique in its style in the mass segment and personally, from time to time, I love to buy a liter bottle or a few cans. A nice balance of caramel malts and unobtrusive hops.

So what did the lack of filtration give it? As you know, filtering greatly loses aromatics and can make a beer more “flat” in flavor. Did the Furry Bumblebee become fatter and more aromatic? 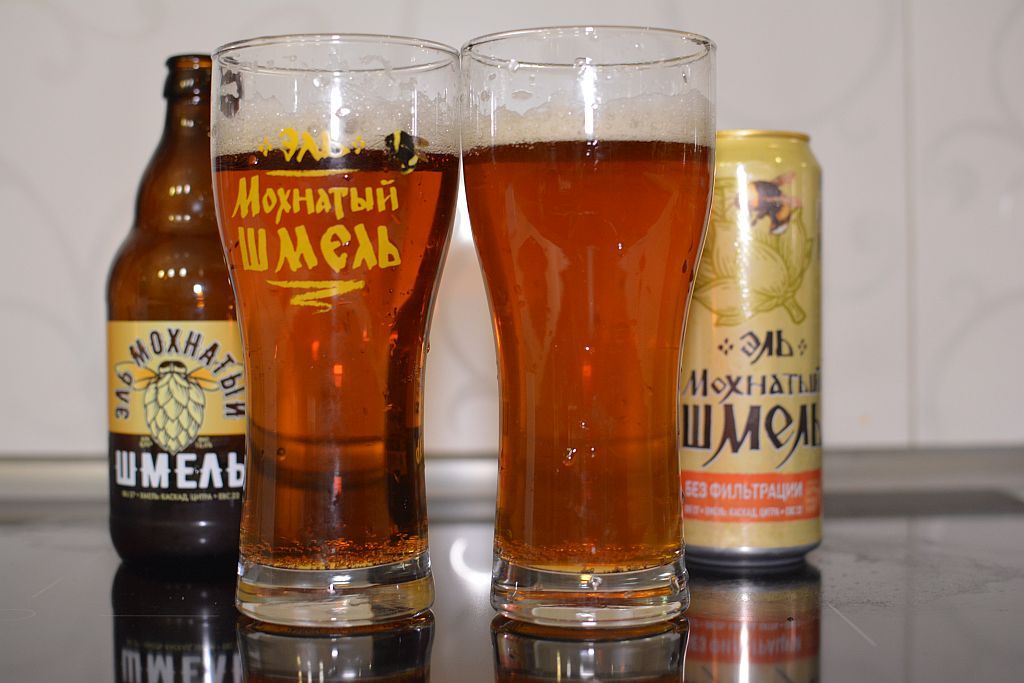 You can’t see the difference in color in the photo, but I didn’t pour all the beer out of the can either, and the “very pulp” in the form of yeast residue piled up at the bottom there. Why are they in the rare ale! They are unnecessary here! If the rumors (AP alas, they are not rumors :( ) about discontinuing the filtered version are confirmed, I think it will be the beginning of the end of the brand. New consumers unfiltered Bumblebee will not win, and the old ones, for the most part, will turn away.

Rated “B-” because El Mochnatit Shmel (Furry Bumblebee) Unfiltered is still interesting, although the changes are not to my liking!