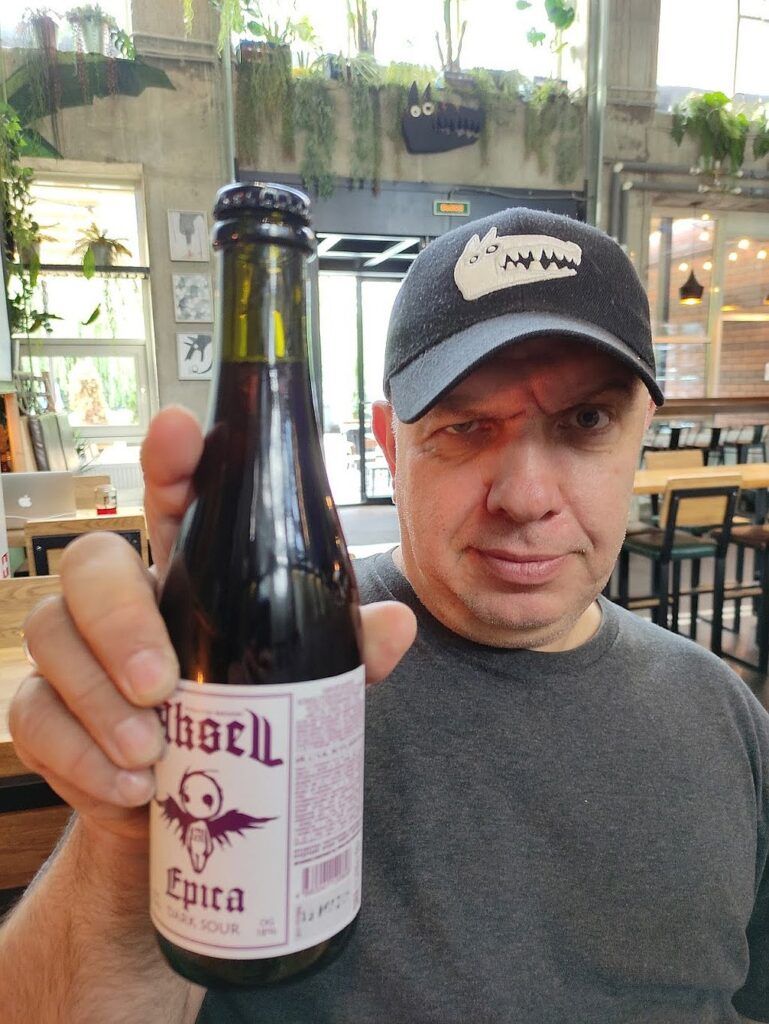 As many people know, and those who don’t, I’ll inform you, Volkoff Brewery comes in many forms. “Big” – what is brewed at the IPC facilities and “small” – brewed at the mini-brewery in Arma (m. Kurskaya) and in St. Petersburg. Plus, sometimes they also brew under contract at a very small, stoli brewery in Mytishchi. Mini-breweries often release new products and often quite interesting ones.

But let’s start with a beer from Alexey Axel (general director of Volkovskaya brewery). He still brews a little bit of under contract. Like me, Alexei’s brand is consonant with his last name: Aksel Phantom Brewery. Here’s what he says about this hobby of his (understandably, 100 liters, it’s not about the money, although the beer sells):

the essence of brewing is gothic style. The fonts, the names, the music and the darkness. All the beers are connected to history and myths on the one hand and at the same time they are the names of heavy music bands. For example Tiamat is the goddess of chaos and the name of a cult gothic metal band. Dipa style with passion fruit. Steamhammer is a barleywine and German metal band. Epica-Dark Sour and a gothic metal band.

“Monsters” outside and inside brew beer for other “monsters.” Pretty and kind please don’t contact us and don’t drink our beer!”

.
Aksel Epica (Russia, Moscow region, Mytishchi) – 6.1% dark sour ale. A rare variety on the market. More precisely, there are plenty of sour ales, but few brew dark ales. Usually they add fruit and berries. There’s a slight burntness and balsamic vinegar in the flavor. Balsamic is not bright, but noticeable in the aftertaste. The acidity is also moderate. Nice ashy and burnt tones.

I’m not a fan of sour beers, but I can appreciate this as a balanced, drinkable one. However – without the acidity would be a great stout, without the gothic :) Grade “B-“. 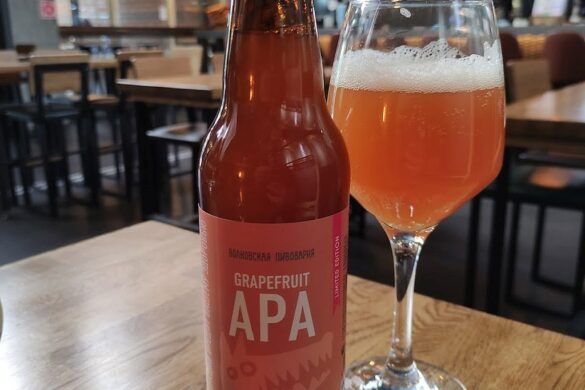 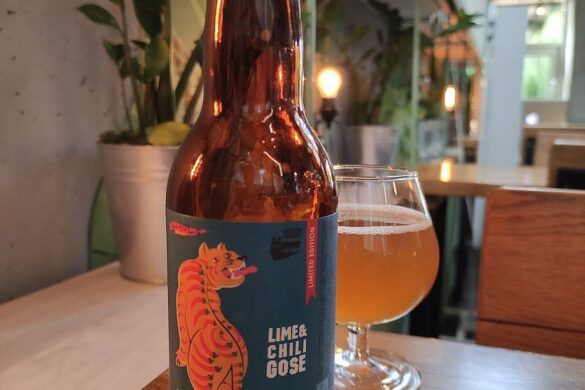 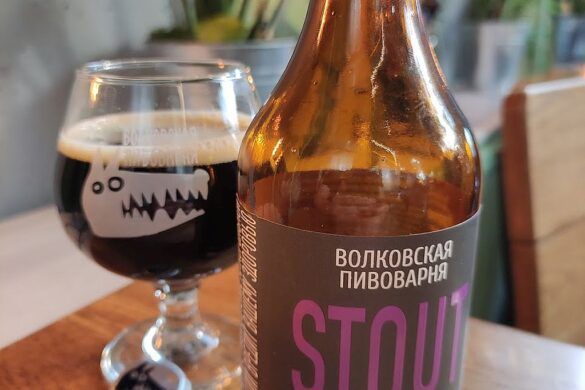 Grapefruit APA (Russia, Moscow) – 5% alk. Good refreshing, fresh beer with grapefruit. But, the grapefruit here weighs heavily on everything else. Apart from the grapefruit aroma and taste, there is not much to say. On the other hand, if you add less, there will be nudges – ooh-ooh-ooh, ooh-ooh-ooh, no grapefruit, grapefruit was stolen. How do you find the balance?! But it tastes good and that’s all that matters. “B-“.

Leche De Tigre (Russia, Moscow) – 4.3% alk. Speaking of which, where does the beer end and the fruit and vegetable cocktail begin? “Uncle” Yura Katunin even broke out a few articles on FB on the topic – what was the historical gOze. Of course all made fun of tomatoes and other things, without which this style seems to us and is no longer conceivable.

Bad or good, it’s another question. But, for example, spicy gose (if it’s not with tomatoes) I don’t remember anyone making it (but I’m sure they boiled it). Aroma of lime. The taste is noticeably salty. In the aftertaste is clearly noticeable pepper and for some may even be very spicy. I love spicy and the beer seemed very gastronomic. Would go well with seafood or Asian food in general, not necessarily spicy. Rated A-.

Volkovo brewery Stout Chocolate (Russia, Moscow) – 6.9% alk. The opposite of the previous beer, both in taste and ideology. Well-balanced chocolate stout with a full, but not sweet body. You wouldn’t tell from it that it’s almost seven percent alcohol! It’s very easy to drink. The chocolate doesn’t seem cheesy and isn’t strained at all. Rated B+.

BrewDog – collab with Cloudwater and Mikkeller