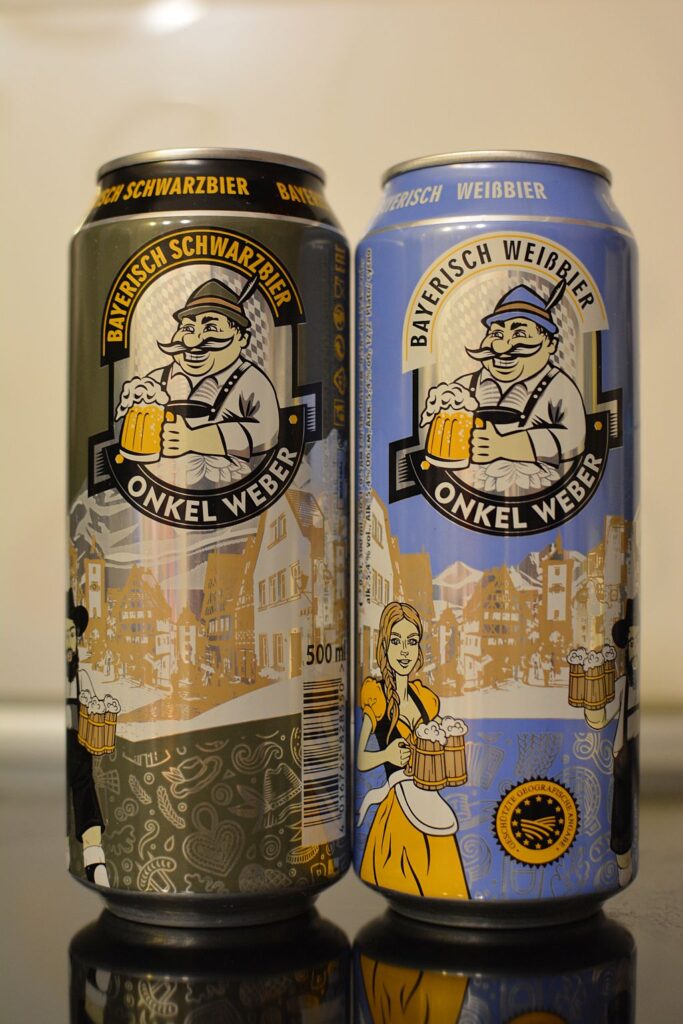 Let’s go on about German beer. Yesterday I wrote about a pretty good regional beer from Hasen-Bräu, today about Onkel Weber beer brewed by nobody knows who and where. But we know for whom. It is a private brand of the already known in our market Liquid World GbR, previously known for the beer Fürst Rotenburg.

As with Fürst Rotenburg, the production location on the can indicates the company’s office in Neustadt. Likewise with Old Prague (also brewed by the Millennium Group) – the place of production is listed as a five-story apartment building. While our lawmakers are cobbling together all kinds of “Honest Signs” and other EGAIS devices supposedly designed to trace every bottle from the grown barley to the store shelf, it is perfectly legal to invent a brewery in Europe and brew some kind of hat here, with an inscription of course – “Real German beer” and the like.

Not that the information about the real place of production is anything very important, but the smell of naibmanulov is present. You can be 100% sure that this beer is brewed in the EU, but as for the country, not anymore. No one is preventing it brewed in Lithuania and in Germany only paperwork. And the cost of production is lower and the lead is closer, and the output is what our ever-suspicious, but so trusting consumer loves – “real imported”! 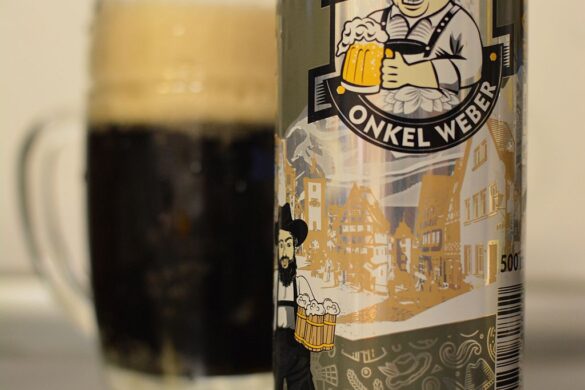 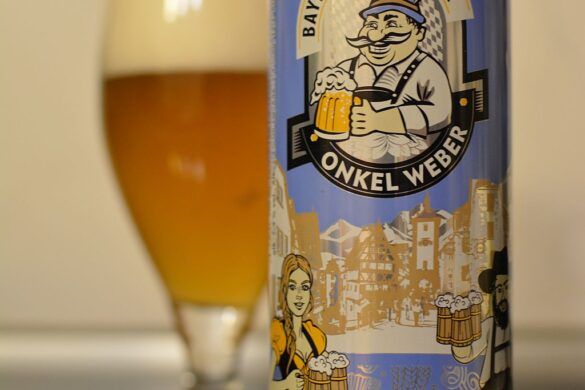 Onkel Weber Bayerisch Schwarzbier (Germany?, …) – 4.9/11.2 Aroma is weak. The taste is clean, but hollow. Though, you can not call it watery too. The only pluses are a nice touch of chocolate in the aftertaste and a mild sourness with a minimum of sourness. The beer is simple, but quite drinkable. Rated C+.

Onkel Weber Bayerisch Weißbier (Germany?, …) – 5.4/12.2 Very, very mediocre wheat. In the aroma of the seeds and after a while, when the beer warms up – rotten fruit. There is some banana in the aftertaste, but it does not save the situation. C- Grade.

There were three varieties in the store. The third was helle, but decided not to spend the money, because assumed that I’d get in the end. Bought it for 100 rubles, but even if it’s on sale for 70 somewhere – it’s not worth it.