Home » Shelby is the beer for Sharp Trumps
Beer 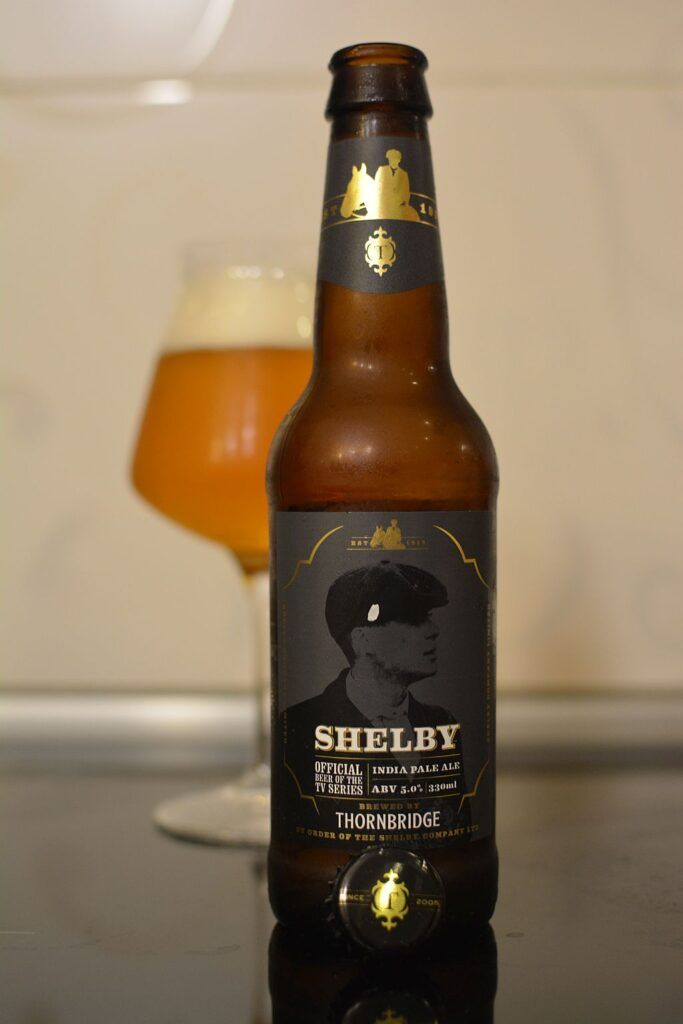 If anyone hasn’t watched the Sharp Trumps series, I highly recommend it, unless of course you’re at all opposed to the modern TV series format. And for those who have watched, there’s no need to introduce Thomas Shelby, the head of the Shelby gangster-gypsy clan, early 20th century Britain.

In honor of this movie hero, the Thornbridge brewery released “commissioned by The Shelby Company LTD”, an IPA. Nice marketing move! It also says it’s the official beer of the series (it would be cool if, in the following seasons, the characters drank Thornbridge beer, even though the brewery didn’t start operating until 2005 :) ).

Shelby IPA (UK, Bakewell) – 5% alk. Classic English IPA, but with a modern twist. In the aroma of citrus and a bit of apricot. The taste is dry and malt. In the aftertaste a slight bitterness with a touch of the same citrus.

Brighter than traditional English IPAs, but not crossing the line beyond the American. Well balanced and drinkable beer. A- rating.

Bought at VkusVill for 205 rubles. Expensive of course, but worth it. Thomas Shelby would have approved both the price and the taste!