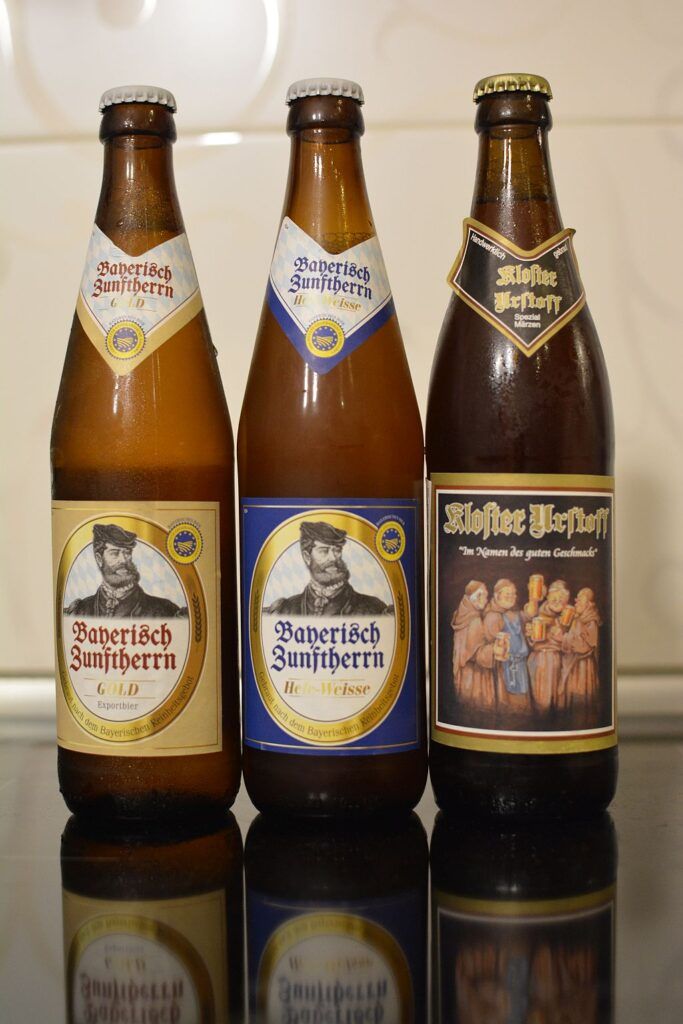 I bought two (three) German beers at the StoffMarket chain. Thought another regionals, but already found out at home – brewed at Memminger which I wrote about not so long ago. Not quite clear – Bayerisch Zunftherrn, is this a Meninger brand or someone’s STM (PS. yes, most likely the Fristo Getränkemarkt retail chain).

The third bottle in the photo is the Kloster Urstoff beer. Interesting mertzen, but as it turns out, I’ve written about it before. 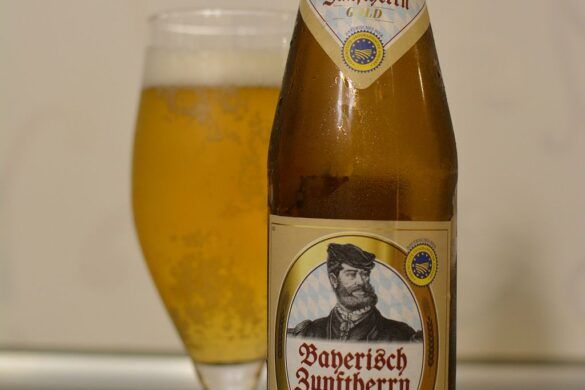 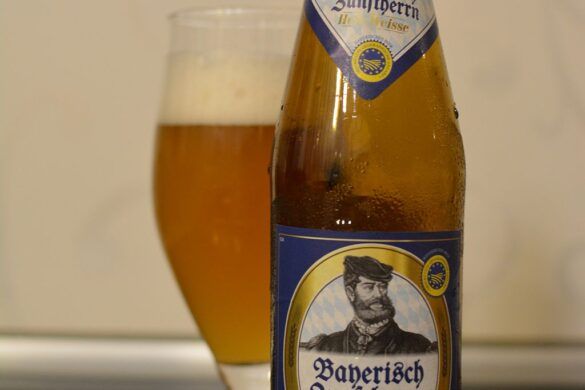 Bayerisch Zunftherrn Gold (Germany, Memming) – 5.3/13.5 Aroma malt. Taste too. A little sweet for a Dortmunder, but pleasant. In the aftertaste, a little baked apple and flowers. Rated C+.

Bayerisch Zunftherrn Hefe Weisse (Germany, Memming) – 5.1/11.8 The flavor is banana, but a bit dirty. What exactly is the “dirt”, I have not figured out, but it is not strong. The taste is soft, not very greasy, but not dry. In the aftertaste, too, banana. The cloves are almost imperceptible. Normal, not particularly bright weitzen. Completely in style. Rated C+.

In general, nothing interesting. The price is something like 120 rubles. No particular point in buying it. The beer is not bad, without too many glaring defects, but there are plenty of similar Russian beers to choose from for much less money.