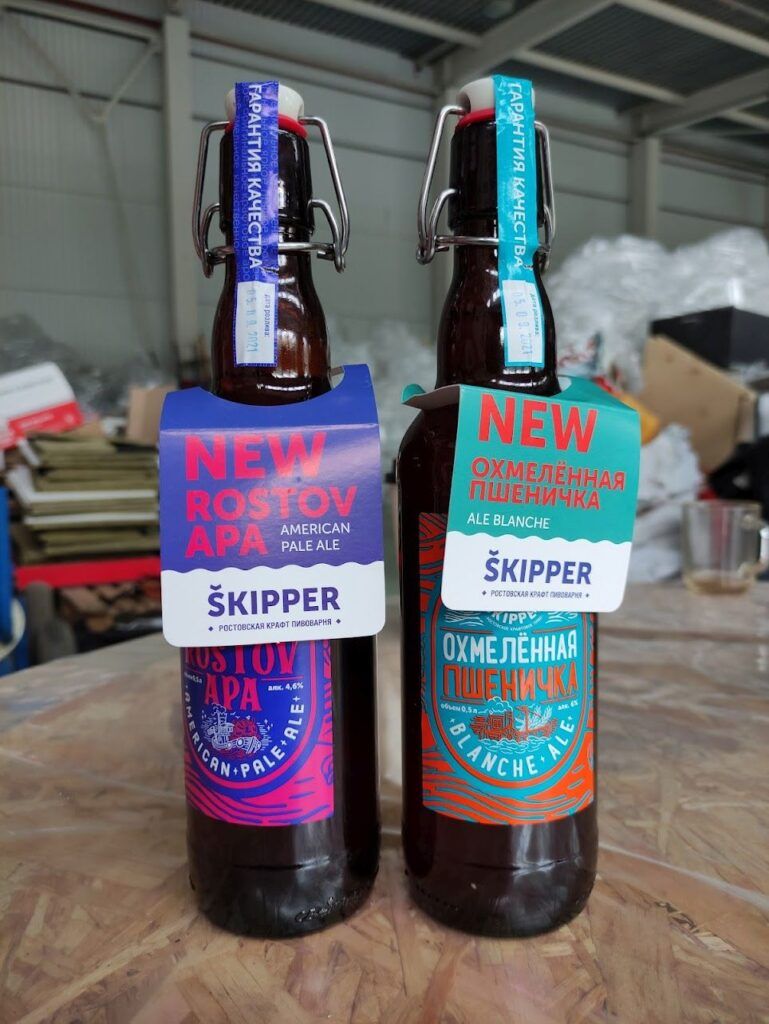 I’ll continue the story about Rostov beer. Skipper Brewery is well known in the local market. It has its own bottling chain, and bottled beer is sold in chains. This particular beer was bought in Lenta for about 150 (!) rubles. Oehmeled blanc, according to local comrades, one of the top positions of this brewery. Well, and liked the design. 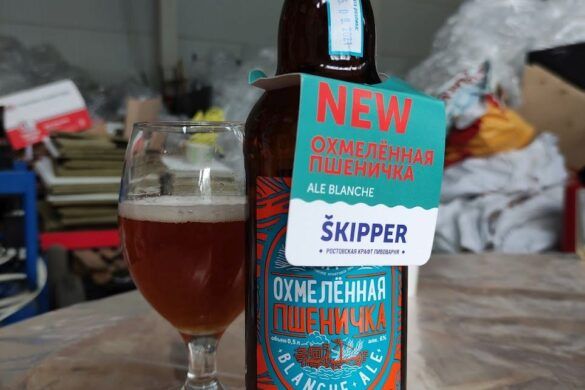 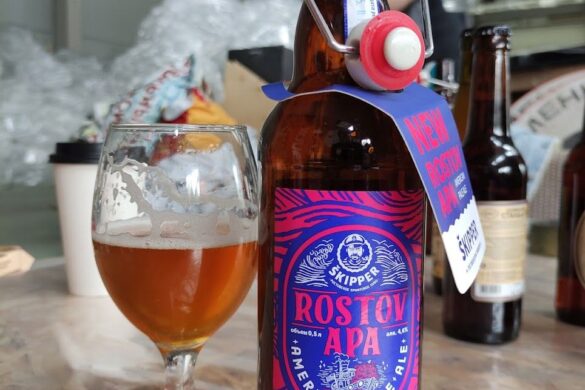 Hopped Wheat (Russia, Rostov-on-Don) – 6.5% alk. The label “Blanche+Ale” makes you think a lot – what does it mean…? Aroma does not look like a blanche at all. No coriander. There is a bit of acidity, which of course can be taken for a zest, but most likely it is oxidation. It doesn’t taste like blanc, either. It’s a little cloudy? Yeah. That’s probably the only thing that makes this beer similar to a blanc. It’s got hops. Lots of hops. But it’s rough on its own.

Summary, not blanched, but hopped. There is no balance, the taste is not pleasant. Grade “D”.

Rostov APA (Russia, Rostov-on-Don) – 4.5% alk. Again the expression “Rostov-papa” is used. Why not? For a local beer this is correct. But again, the question is APA. I suspect it’s not very similar in fresh form either. And in the old (bottled two weeks ago!) it’s just a sour beer that smells sour and has no hint of hops in it. So far the grade is “D-“.

I have a suspicion (and I’m not the only one) that Skipper Brewery has a big sanitation problem. Beer shouldn’t go sour after two weeks if you wash your hands and equipment. The cork cap with “quality assurance” on it looks nice, but doesn’t help in the fight against contamination.

.
On September 29 (Wednesday) in Moscow, in the pub “Trifon” on Maroseyka 15 will be held a blind tasting of beer Riga beer from Vyatich (with my face which is) and Trifon IPA. Very much waiting for Vyatich’s haters, to participate. You have a unique opportunity to put the beer in comparison with other brands in the same style. To prove that:

1. They can not brew beer in Russia (imported samples will also be available for comparison).

3. You can tell the difference with your eyes closed.

And for the appetizer – a tasting of experimental varieties from Vtich/Trifon, which were brewed in a pot.