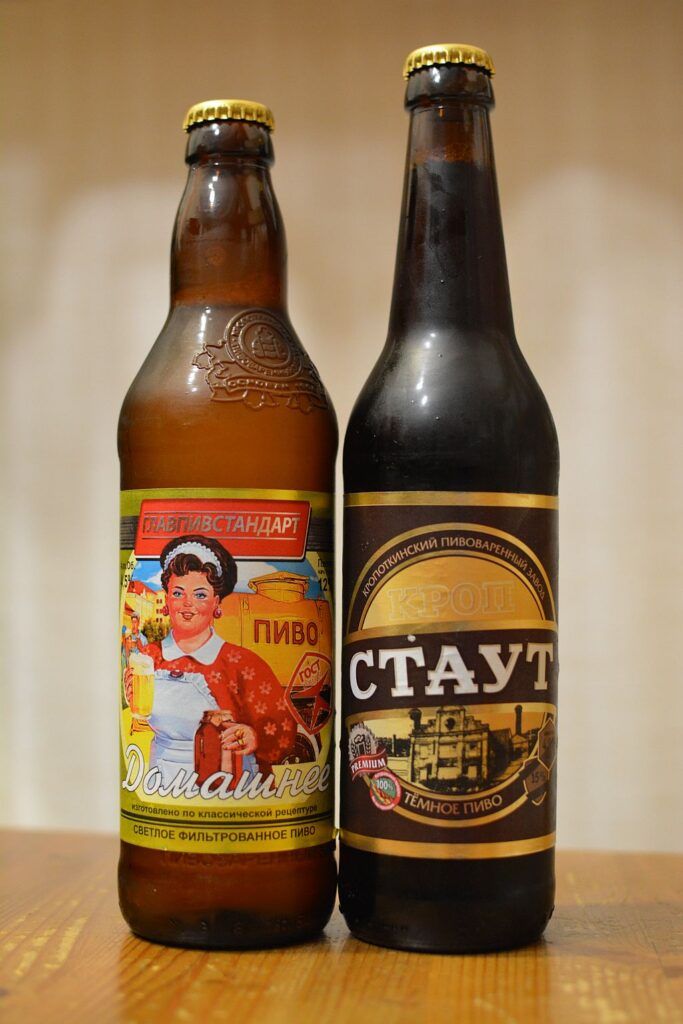 KropPivo, a fine representative of regional and I would say “southern” brewing. A brewery with a history – 1908 founding year, was then “East Bavaria”. At the moment – excellent modern equipment. Interesting (whoever, whatever, in the taproom) experiments and collabs with the Belgians. The lineup is broad. And in that lineup, along with Belgian Blonde, dirty, hopless lagers are great.

In the case of Krop Beer, I have a different opinion – they fail the Turing test on purpose! Something of course they may not be able to do, but they are not crooked handiworkers working there. All this filthy and dull beer is produced on purpose, for the lovers of “that” taste. Those who confuse asthma with orgasm. But, consider two new beers. 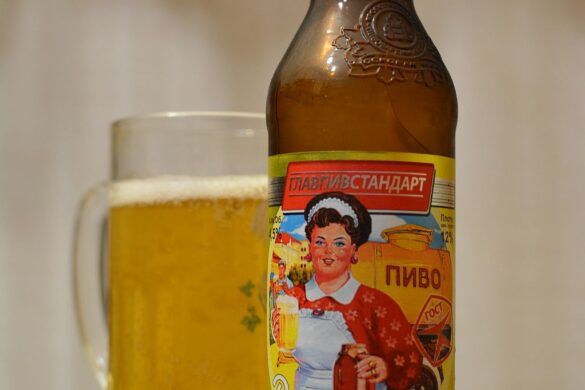 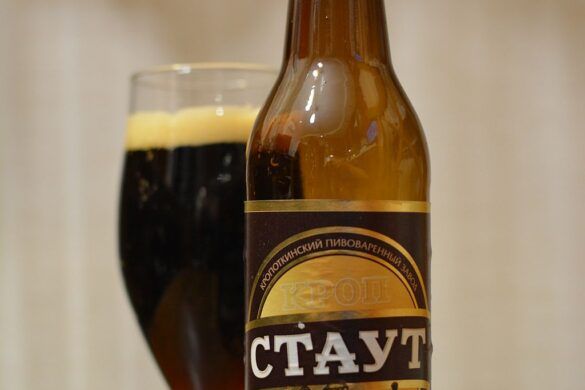 KropPivo Home (Russia, Kropotkin) – 4,5/12 On the label we see raspberry razlyuli with references to the USSR, the obligatory GOST and ruddy woman in a headdress with a nostalgic yellow barrel of beer, which, judging by the name, she brewed at home. The aroma is horrible. Wet cardboard with boiled vegetables (AMD). The flavor is sweet, grainy and messy, too. The aftertaste has all of the defects listed above as well, but there is a timid but harsh hop to it.

This beer cannot be drunk on its own. It requires an appetizer (which is what most people like) – dried bream, pike or gourmet croutons with garlic, but you have to eat it. Otherwise it’s unpleasant to drink. D+ grade.

Crop Stout (Russia, Kropotkin) – 4.9/15 Note the TTX. In theory, this should be a pretty sweet beer, but in fact, it is not. The composition states “roasted and unroasted barley malt” (so it says). In the aroma of coffee and a distinct “iron”. The taste is soft enough, but not sweet. Rather velvety. In the aftertaste pleasant burnt without excessive acidity and bitter chocolate.

If not for the intrusive iron in the flavor, it would be a very good beer. However, after a while the iron goes away, wears off, and the beer becomes quite well balanced and drinkable. I’m no Untappd expert and I can’t tell from the taste whether the yeast was high or low. That’s not the point either.

Crop Stout is quite good. Yes, in Moscow I bought it something in the region of 80-90 rubles, but in place I’m sure it costs no more than 50. Not a bad beer with a grade of “C+.”