Israel’s most famous beer, Goldstar, has been brought to Russia. The beer is already on sale in the network of Red and White for a price of 89.90 rubles. I tried it at a festival of contemporary Israeli music. Not that I’m a fan of such music (I don’t go to music festivals at all), but as Mayakovsky said when asked:
– Why do you go to a beer house?
– There’s music there…
– Go to the conservatory!
– There’s no beer there…

Actually, it was beer that I was invited to the festival. However, the festival itself was interesting. I thought it would be something chamber, for a small number of people, but it turned out very nice and there were a decent amount of people. Many with children. Basically just a regular music festival, with beer on tap too. Mostly Zhiguli from MPK. The music wasn’t bad, unfortunately I couldn’t stay at the festival longer. Goldstar was represented by one tent.

First time I tasted Goldstar beer in 2009. It was brought to me from Israel. I was not delighted. Over time, the perception of beer changes. You begin to realize that if the beer is not an IPA or an imperial stout, there is nothing wrong with it! If the beer has a certain flavor (even if it’s not flashy) and it’s not defective, then why not! 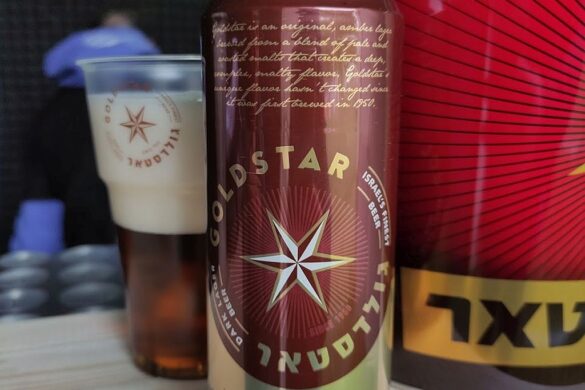 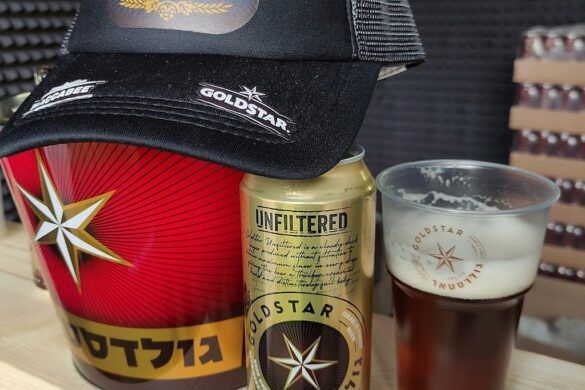 Goldstar Dark Lager (גולדסטאר) (Israel, Netanya) – 4.9% alk. The aroma has a faint caramel tone. The taste is clean, I would not say that empty. Slightly, very slightly, caramel. Aftertaste dryish in which you can even catch a slight hop.Rating “C +”.

Goldstar Unfiltered (Israel, Netanya) – 4.9% alcohol. Unfiltered version. To all of the above, adds a slight yeasty tone. Some people like the yeast in the taste. I personally don’t. Yes, the taste becomes more complete, but the yeasty sourness is not for me. Nevertheless, I will leave the same grade – “C +”.

A simple (but not empty) semi-dark beer, but done well. In the Israeli heat, it’ll do just fine. Should I buy it at K&B? For those who haven’t tried it, you can, just for the fun of it.