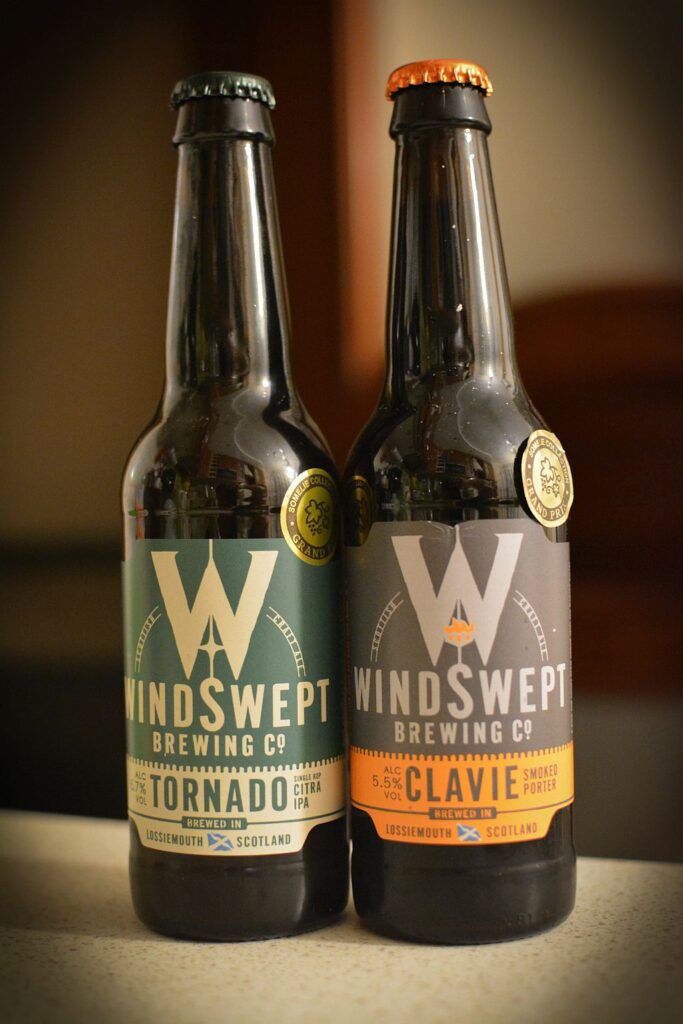 The Windswept Brewing has two beers from Scottish brewery Windswept Brewing. Expensive. But, the brewery isn’t big, yes it’s famous! Started in 2012 and managed to get a bunch of medals at various competitions.

Windswept was founded by two former Royal Air Force pilots Al Reed and Nigel Tiddy. They liked to relax after their flights with a bottle of beer against the beautiful Scottish scenery. So they decided to retire and build a brewery. Good decision! 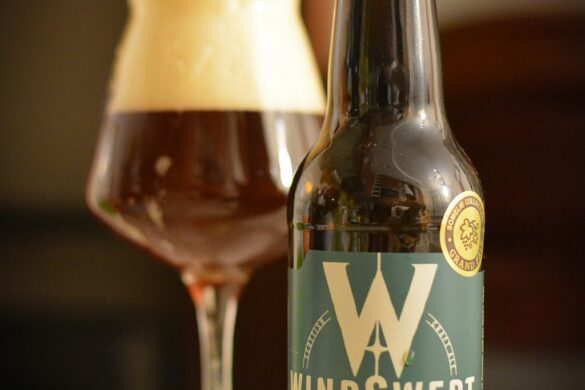 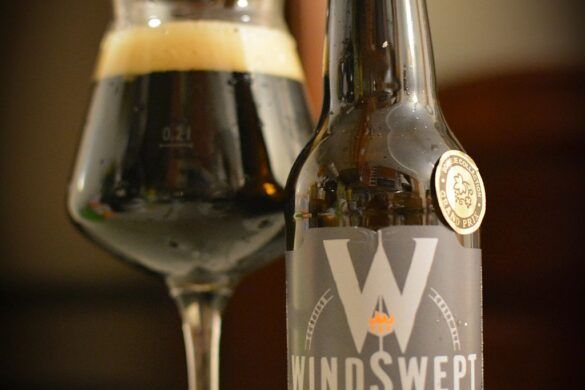 Windswept Tornado (UK, Lossiemouth) – 6.7/16 IPA on Citra hops. Dark brown color. Very strong foaming. In the aroma of caramel and citrus. The taste is sweet, caramel and a lot of yeast tones (there is really a lot of yeast in the bottle). The aftertaste has a strong hop bitterness (70 IBU), but it is sharp and not in balance with the caramel.

The beer is more reminiscent of something from home brewers. The yeast is particularly stressful. I understand the bottle aging and all that, but it doesn’t make it any better. However, if carefully poured, it’s quite drinkable. Rated C+.

Windswept Clavie (UK, Lossiemouth) – 5.5/14 Smoked Porter. As I’ve said many times – in our market, porter under 20% is considered racially incorrect and is segregated, they say it’s not a porter at all. Silly of course. Windswept’s Porter certainly isn’t a chocoholic and hasn’t been drowned in burnt galoshes, but it’s not bad.

Burnt and smoky tones in the aroma. The taste is a bit simple, but you shouldn’t expect anything more from 14% ENS. But at least it’s nutritious! In the aftertaste a little wood and a pleasant slight bitterness, both from hops and burnt malt. Grade “B”.