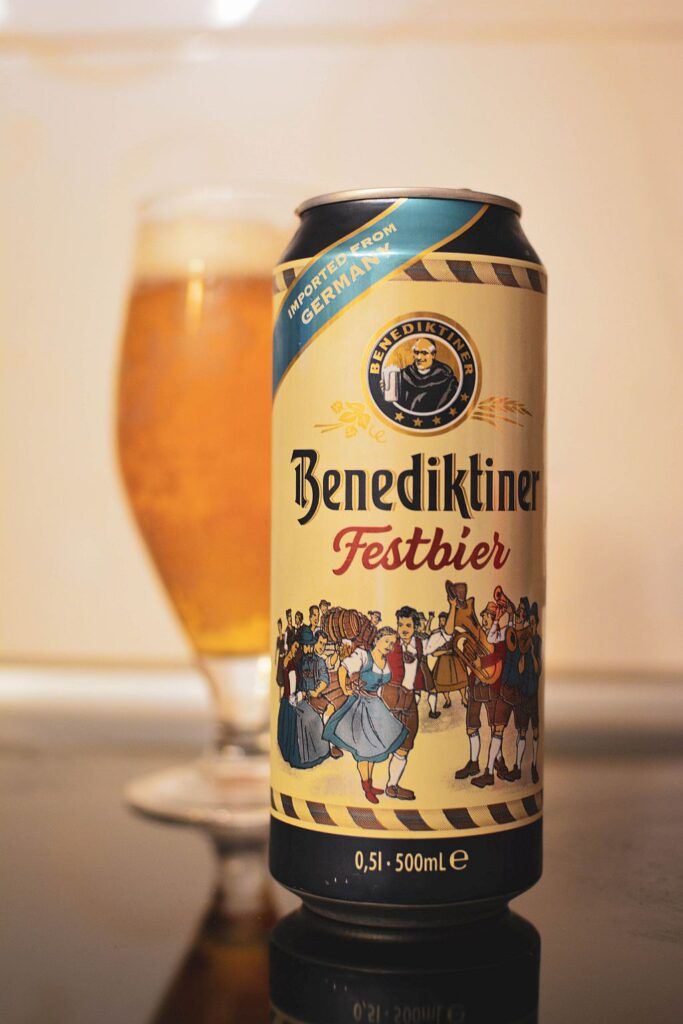 Benediktiner brand beer has been on the market in our market for quite some time. Last year, Benediktiner Weissbier caused a heated debate in the comments about the different production locations of this beer. And this fall, promptly and for the holiday, the Oktoberfest version was brought in. Benediktiner Festbier is brewed on Bitburger. I’m not sure there will be multiple shipments from different producers for the seasonal beer, so there’s nothing to argue about.

Benediktiner Festbier (Bitburger, Germany) – 5.8% alk. The style is clear – okotoberfest/festbier. As a reminder, historically, this beer was brewed in the spring and stored until fall. In order to ensure such a long storage time, the beer was a little stronger than the “normal” varieties.

The aroma is malt, flowers and a bit of honey. The taste is full, rounded, malted. In the aftertaste malt, bread, flowers and a mild bitterness after a few sips. A great representative of the style. The main thing is not to overcool before serving! Otherwise a slight alcoholiness will start to show. Optimal, 12 degrees Cº.

What kind of beer is better – bottled or canned?