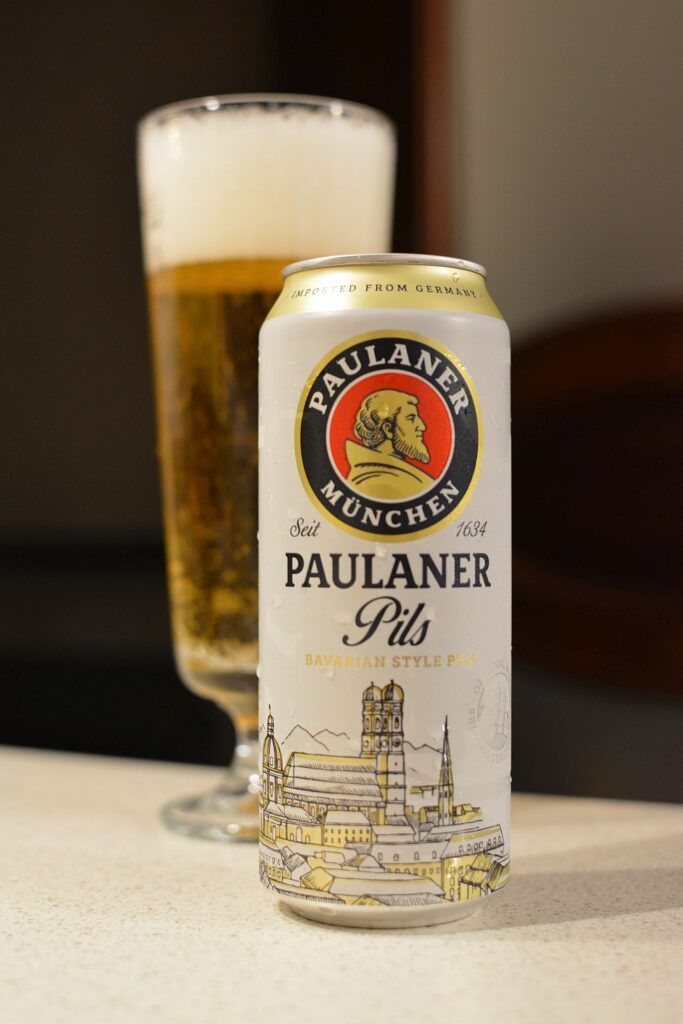 Walking through the Selgros store, not touching anyone, checking out the beers for new products. Nothing seems to be new. I glance over the German shelf and pass on. Then I realize I’ve missed something. I come back and start to look more carefully.

Paulaner – what novelty is it! But on the bank hangs a tie, they say new. At first I thought it was non-alcoholic. The white color misled me. But no – Paulaner Pils. I’m starting to remember, did Paulaner ever make a Pils-style beer? I don’t think so… Pils in general is not very popular in the south of Germany. They brew it, of course, but it’s not their specialty. Hel and Weizen are their everything. Price, like the rest of Paulaner – a little over 100 rubles.

Paulaner Pils (Germany, Munich) – 4.8% alk. In the aroma of a bit of honey and grass. The taste is full, rounded, malt. In the aftertaste pleasant hop with grassy and floral hints. Great pils! I don’t think you can add or subtract anything. Perfect balance! A+ rating.

By the way, I poured Khamovniki Pilsner after it and I’ll tell you what – Khamovniki is just as good. It seemed to me that Khamovniki had less malted and rounded body and a bit harsher bitterness, but as Mikhail Ershov says, he took Jever as his sample. North German pils and it’s supposed to be harsh and dry. So, I won’t say it’s Hamovnikov’s faults.