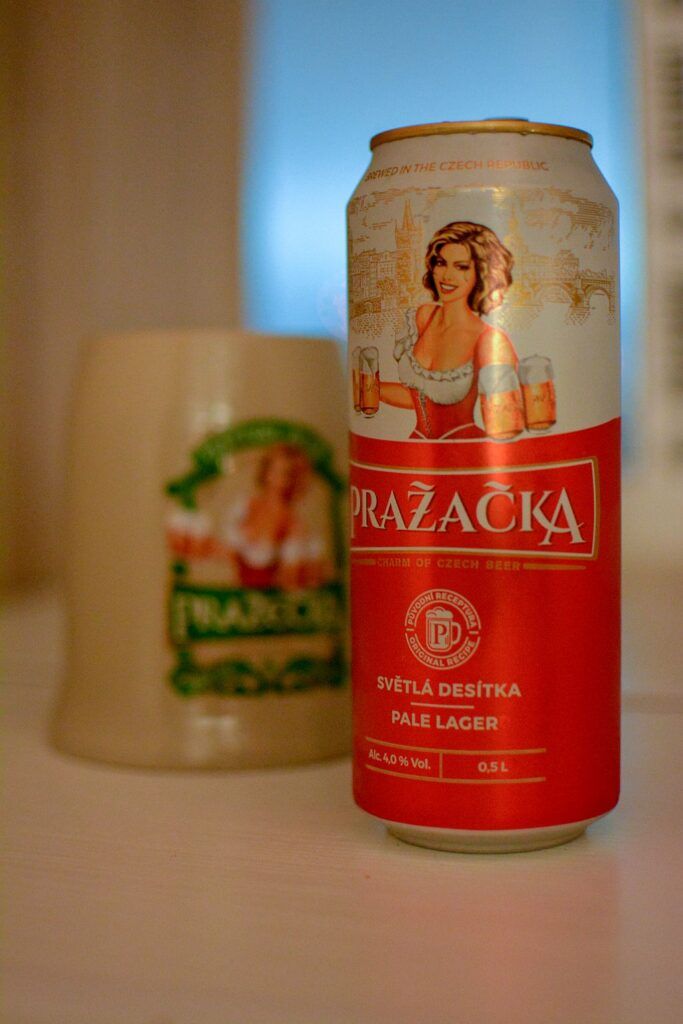 It’s not about a novelty at all today. Let’s just say it’s all about the old stuff, but decided to give it a try. I think Prazacka beer is familiar to anyone with any interest in the beer topic. It’s been on our market for probably fifteen years, but some people for unknown reasons don’t consider it “real Czech”.

More precisely, the reason for such an opinion is clear. When this beer appeared, it was called PrazEcka, which did not correspond to the rules of Czech language and was brewed under contract at Platan brewery. The owner of the brand was (and still is) the Russian Tradition group of companies (now SuperBeer).

Since then, a lot of water has flowed and a lot of beer has been drunk. The beer has been renamed the proper Prazacka and is brewed at a brewery in Rakovnik, the same place where Bakalar is brewed. “Russian Tradition bought Pivovar Rakovnik, although they had originally planned to buy Platan, but it didn’t work out.

Now Prazacka beer is well represented not only in Russia, but also in the Czech Republic. When arriving at Prague airport and on the way to Prague itself, Prazacka advertising banners are very common. I also came across this beer on the shelves of Czech supermarkets. In general – the beer is completely Czech and there is no more reason to consider it a licensed private brand.

The only pity is that the tradition of brewing special seasonal beer, as it was at Platan, is no longer supported.

Prazacka Svetla Desitka (Czech Republic, Rakovník) – 4/10.5 Typical Czech “disitka”, only unlike most regional, without defects. The aroma of malty, fresh. The taste is soft and for 10.5% ENS enough full. In the aftertaste, a pleasant, grassy hop is added to the malt tone, which takes root on the throat with each sip.

It’s tasty and drinkable. With only 4% alcohol, you can drink quite a bit! Rated B+.