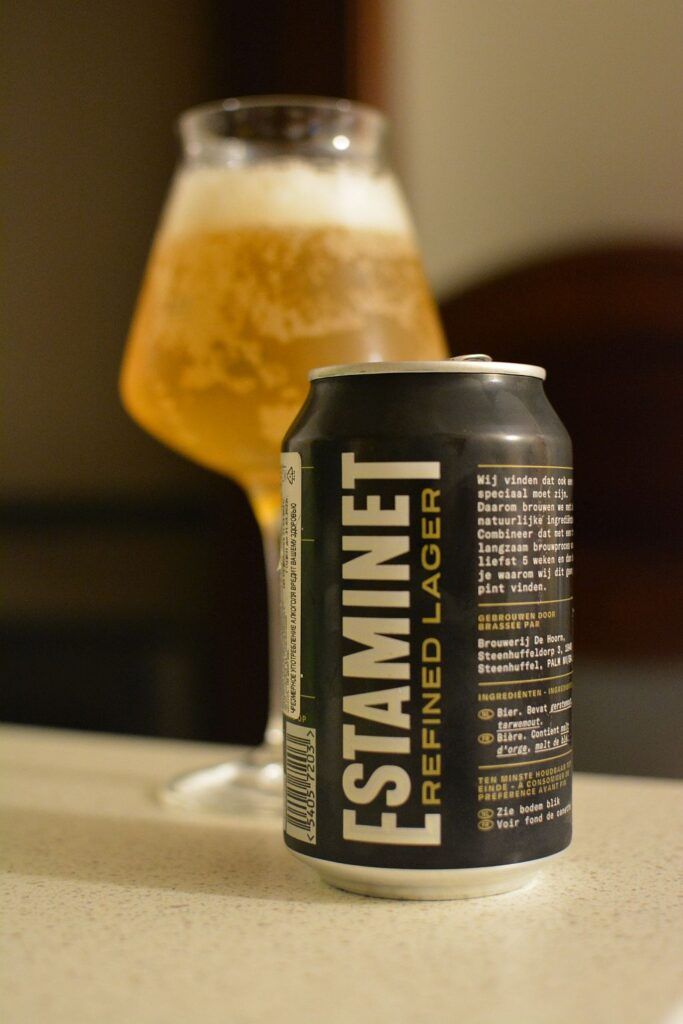 When we say Belgium, we mean different interesting ales and lagers, but not lager. Although, one of the most popular beers in the world is Stella Artois, Belgian. And the god-awful Jupiler, is drunk in this country in huge quantities. So – why not lager? Here’s a lager from Palm Brewery – Estaminet Refined Lager, for example.

This beer was first brewed in 2008 at the De Hoorn brewery, which later joined the Palm Group (now Swinkels Family Brewers). After the merger, Estaminet Refined Lager went out of production for a while, but in early 2021, with a bit of tweaking, the recipe was re-launched.

The word Estaminet comes from the Spanish “¿esta minetta?” – “are there girls?” (sort of 😉 , so that we would not be banned by FB). Allegedly such a question was asked by Spanish soldiers during the Spanish occupation in the 16th century under the Duke of Alva, when they entered a decent Flemish tavern. What this has to do with beer is not quite clear, but so be it.

Estaminet Refined Lager (Belgium, Steenhufel) – 5.2% alk. Aroma floral with a hint of citrus. Taste malted, dry. In the aftertaste a bit of grass and the same citrus. Not as an American, of course, but nice light notes are. Nice, clean, fresh lager. The grade “B”.