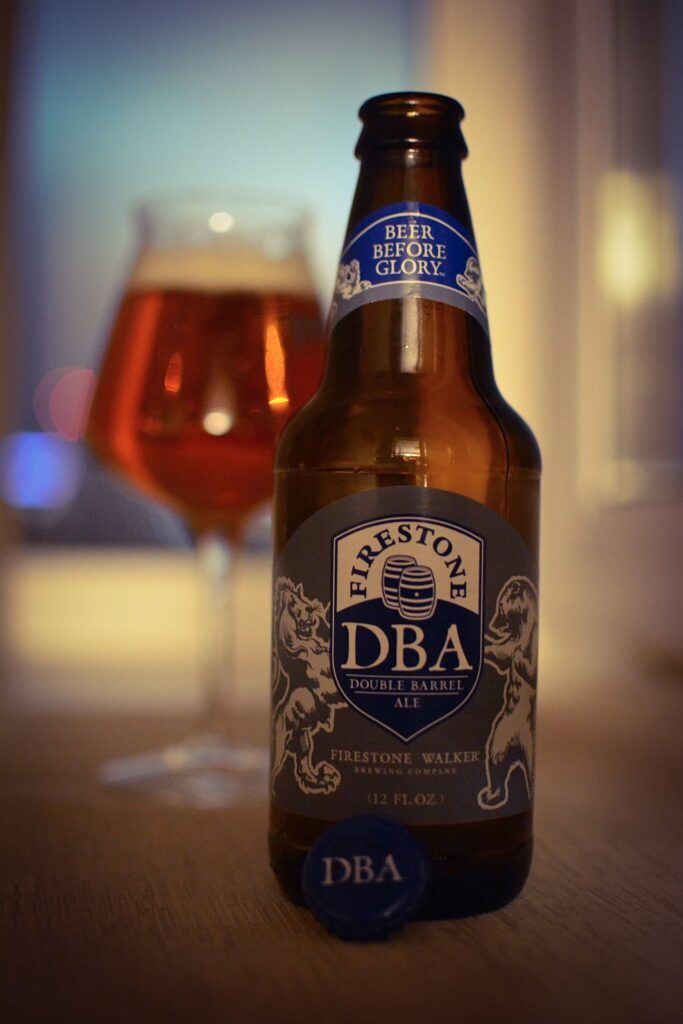 Friends!!! Thank you all so much for the congratulations! The gifts that barely fit in the trunk of the cab, I have enough for a long time. Especially since some of it will go to ageing. A lot of very interesting beers. But, I’m going to start destroying some right now. I’ll start with Firestone DBA (Double Barrel Ale).

This beer was the first brewed by Adam Firestone and David Walker back in 1996 (the last century already!). For those days – an unusual and very interesting beer for the USA. In fact – an English classic. However, even in the UK, at the end of XX century, the traditional breweries of this country were becoming less and less.

Currently, Firestone Walker Brewing is owned by Belgian Duvel Moortgat (controlling interest bought in 2015). Is the second largest brewery in California). It brews beer at.

There is dried fruit in the aroma. The taste is full, caramel, but dry. In the aftertaste toasted malt (biscuit?), caramel, some dried fruit, wood and earthy English hops. Typical English. Wouldn’t say it’s brewed in the US. Rated B+.

Beer from Shishkin brewery from Samara