No Prob Lama Beer from Kazakhstan 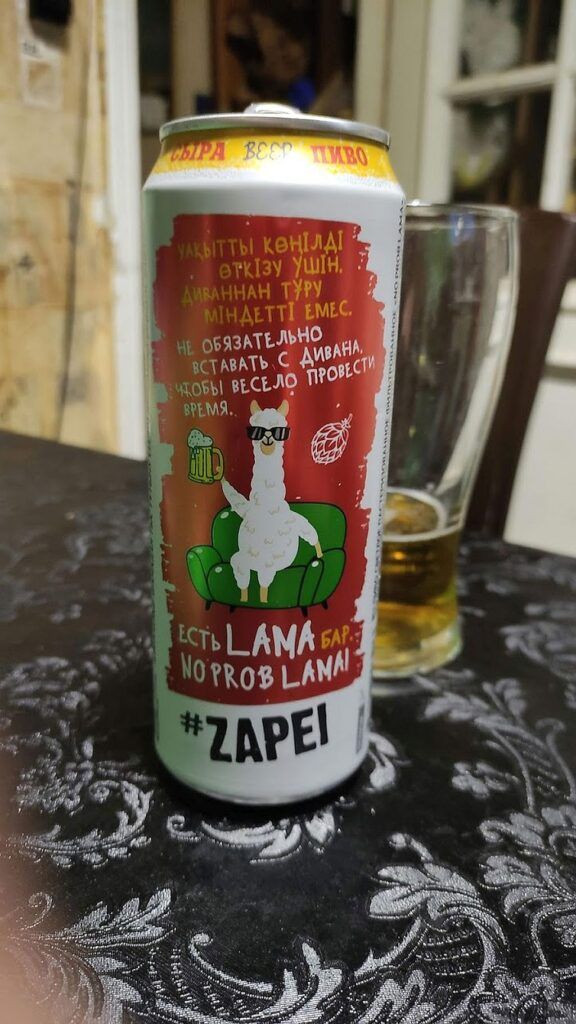 Getting ready to record a video with Igor Chersky about CIS beers, I bought a certain No Prob Lama from Kazakhstan at Globus. Already wrote about beer from First Brewery and it was all, to say the least, not great. Hopes that this “Lama-Lama Red Pajama” (I had such an association) will be much better, especially did not feed. But, attracted by the design and performance characteristics. Beer strength of less than 4% in our market is very, very little.

No Prob Lama (Kazakhstan, Almaty region, s. Mukhametzhan Tuimebaeva) – 3,8 / 9,8 Claims, as a rice lager. Yes, the rice in the composition is present and gives a soft, voluminous taste for such a density. No feeling that just rinsed the brew tank and poured into the jar.

The flavor has some fruit (but not dried fruit) and cooked corn. The flavor is mild. No hops noticed in the aftertaste, but there is a grain tone with the same fruit. Curious. I would not say that it is quite bad. On the heat, it would even be quite drinkable. Unfortunately, the manufacturer’s neglect of hops does not allow me to say that I liked the beer. Against the rest of the brewery’s production, it’s not bad, but no more than a C.

With rice, a little density and aromatic hops, I think you can get something interesting, but alas… Of all the light beers that are widely available, perhaps the most interesting and delicious is Khamovniki Disitka. Really, when it was Table, I liked it better.

As for the name – No Prob Lama, as I understand it, is such a youth meme. Like – no problem. Googling came up with a lot of different T-shirts with those prints and stuff. I’m out of touch…