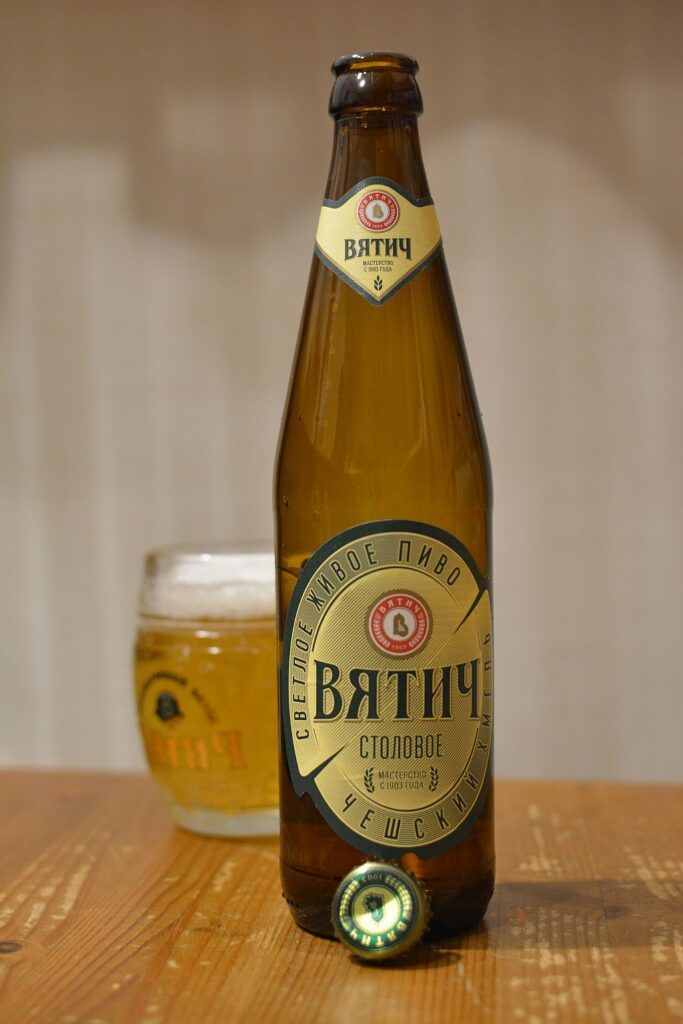 Not quite in time for the season, but better late than never, Vyatich has released a new beer in its lineup – Vyatich Stolovoye. I noted recently that we don’t have enough light beers on the market (in my opinion). If Kraft, then 5% of alcohol is already considered a no-alcohol beer, or some xylak. And if it is a mass market, then it is also 4,5-5% standard.

And sometimes, especially in summer, I want something light, but not watery. There is of course Khamovniki Desitka, but for my taste Table was more interesting. I do, however, occasionally take Desitka. I can’t remember anything else that would be both light and hoppy. Now there’s Vyatich Table beer.

It was literally bottled the other day, and Ruslan Vladimirov brought it to me, for which I bow! I expect to see it in stores soon. I don’t know about the price, but I think at the level of the rest of Vyatich – 60-70 in Moscow. Depending on the greed of the store.

Vyatich Stolovoe (Table) (Russia, Kirov) – 3,8 / 10 Aroma light, floral. Taste for 10% ENS is quite full and malted. No sense that just rinsed water from the tank. In the aftertaste a nice grassy hop.

Of course, you shouldn’t expect the bitterness of a good pilsner from this beer, but that’s what it is “Table”, “disitka”. To drink to quench your thirst – just right! When it’s on sale, I’ll compare it to the MPK. Grade “B”.