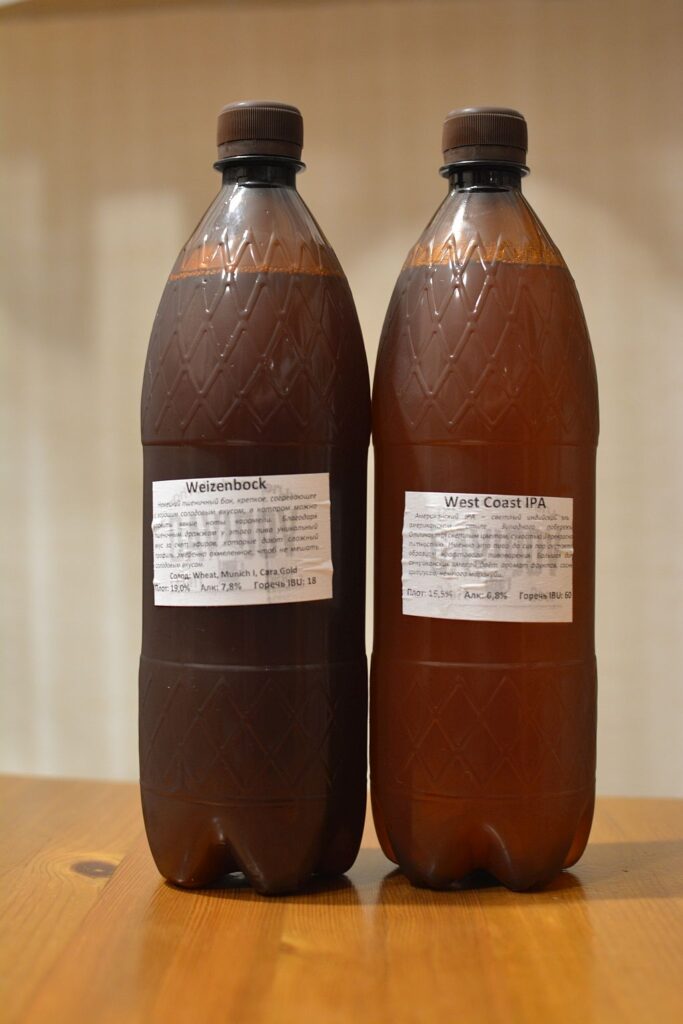 Rarely do I have a beer in a PET in my picture. Not aesthetically pleasing. But in these unpresentable bottles hides a beer with the aristocratic name of Davidov (almost Davidoff). Davidov Brewery (aka Davidov Private Brewery) is located in Serpukhov.

A year ago, when Pavel Egorov and I went there, we were unable to visit it. There was not enough time, and the brewery itself was under reconstruction (and is still going on). But the other day a reader brought me a beer from Davydov’s, for which I want to thank him very much!

West Coast IPA (Russia, Moscow region, Serpukhov) – 6,8/16,59 Aroma: caramel, tropical. The taste is dense, full, caramel and malt. In the aftertaste also tropical and noticeable, but not too much, bitterness. Great IPA! Maybe more caramel and malt tones for a classic West Coast, but still, the beer is clean, balanced and drinkable. Rated “B+”.

Weizenbock (Russia, Moscow region, Serpukhov) – 7.8/19 Weizenbock also liked it. Everything in place. Dried bananas and figs, both in taste and aftertaste. There are even some tart hops that balance out the sweetness. There is absolutely no alcohol, which makes the beer sneaky! A- Rating.

Despite the fact that the beer was bottled in PET and poured on Wednesday, and I drank it on Saturday and Sunday, it was very much on par. I think it should be even better at the brewery bar. Too bad there’s no bottling, of course, but not every small brewery can afford that. In any case, to Davidov brewery (Davidov), as they say – respect and gratitude!