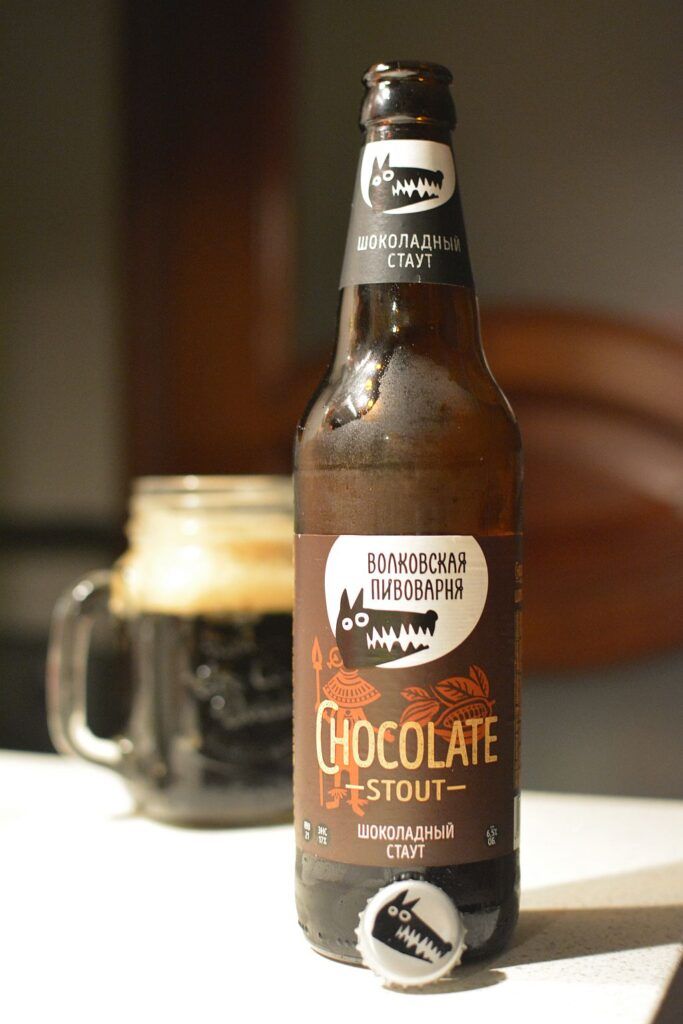 Let’s continue with the mass market from two similar projects. Volkovskaya Brewery’s Chocolate Stout (made at MPK) and BrewMoose Lager (brewed at Baltika). I wrote about stout once before, but back then it was brewed at a mini-brewery, but now it’s gone mainstream and production has been moved to Mytishchi. However, in light of the recent news about MPK buying back Volkovskaya shares, you can already consider Volkovskaya as one of their brands.

As I said in the video, I’ll spell it out again – this deal will have little effect on the quality and taste of Volkovskaya. The team remains the same, so does the ideology. The change of ownership, in this case, is a mere formality. All right, back to the beer.

Volkovskaya Brewery’s Chocolate Stout (Russia, Moscow region, Mytishchi) – 6.5/17 The flavor is chocolate and milk, as it should be for such beers. Chocolate in the foreground. Taste mild. In the aftertaste to the chocolate tones added a little menthol.

I do not know why I feel it there (no mint in the composition), but I feel it. So it was in the stout from the mini, so it remains so now. It’ not bad, and even interesting. ВAll in all, like all beers from Volkovskaya brewed at MPK, it’s good, tasty, and drinkable. Rated B+. 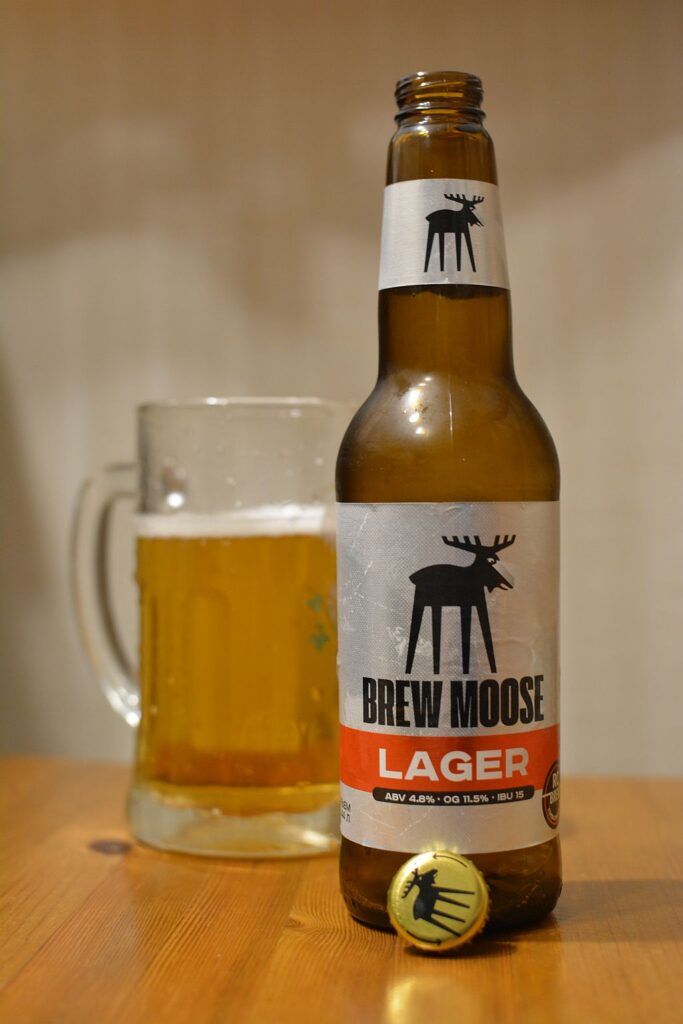 BrewMoose is a project similar to Volkov’s, but from Carlsberg, or more precisely from its Hoppy Union division. I have repeatedly written about this brand and expressed doubts that it would last long. However, two years have passed and this beer is still on sale. Of the entire series, only the IPA is of interest. I had hoped that something would change over time, but no.

BrewMoose Lager (Russia, St. Petersburg) – 4,8/11,5 Of course one should not expect anything special from an ordinary lager, but I would like a clean taste at least as declared – “…malt profile in the taste and notes of fresh bread, honey and grain in the aroma”. Alas, there is none of that.

There’s rough malt, rough hops and cardboard. The level of unassuming regional lagers. Dull and dirty. Still wondering what it’s for and who it’s for! Rated “C-“.