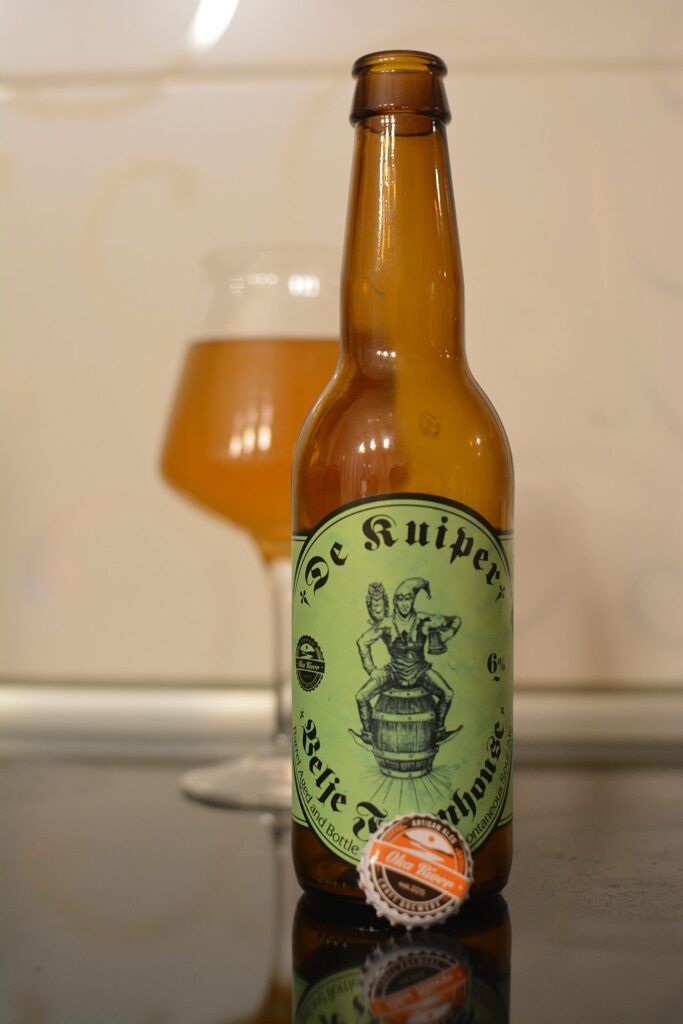 I’ve said many times that I’m very cool with sour beers, with few exceptions. Nevertheless, I occasionally try them, especially when friends bring them to me. So this beer, De Kuiper Velje Farmhouse from Oka River Brewery, was brought from Ryazan by one of the readers of this blog. Thank you!

Oka River is a very small brewery from Ryazan, specializing mostly in “sours” (they also have regular IPA – APA, but less) and generally in the Belgian style, which is a rare phenomenon in our market.

In Moscow, Oka River is sometimes found in specialized stores and bars. Whether this beer reaches other cities – I don’t know. Maybe somewhere, in the same kind of specialized retail.

De Kuiper Velje Farmhouse (Ryazan, Russia) – 6/13 Judging by the label and Untappd description, this beer was brewed specifically for Lobotomy Day 2021. Spent two years in the cask and has a bottle ageing.

Honestly, I didn’t feel much of a barrel-aged beer. The aroma has a moderate cattle yard. Sour, but also moderate, it doesn’t make my cheekbones hurt. In the aftertaste of the pissed apples and after a few sips a pleasant tartness (maybe the barrel gave it that). Claimed to be a Farmhouse Ale, but I’d say it’s a lambic. In my mind, Farmhouse = Saison and it shouldn’t be sour, but that’s purely my opinion. Rating of “B”.