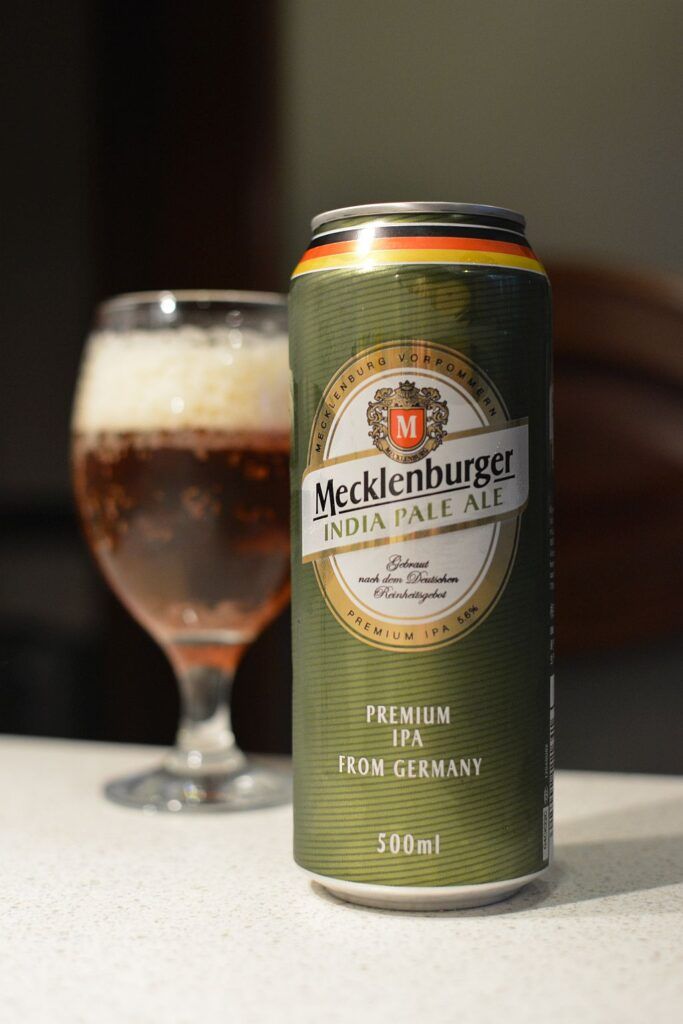 As promised yesterday, another new one from Red and White – Mecklenburger India Pale Ale. I haven’t blogged about Mecklenburger from Darguner brewery (I wrote about their other brands), but they are marked in the “taproom”. And actually, there’s not much to write about.

All the beers from Mecklenburger seemed flat and a bit muddy in flavor. The usual “shit out of…”. Not expensive, tastes very mediocre. But German IPA, it’s always interesting.

Some people will say that Germans are not good at IPA. I’ll answer directly – it’s not true. There are quite a few delicious and interesting India Pale Ale in Germany. Some are straight in the American style, and some have a German flavor, a German accent, and German hops.

In general, the statement, “They can’t brew this kind of beer in this country,” is absolutely silly. The question is not about the country, but about the specific brewery and the specific people. But back to Mecklenburger India Pale Ale.

Mecklenburger India Pale Ale (Germany, Dargun) – 5.6% alk. In the aroma of caramel and iron. Taste is ferruginous and earthy. More precisely, not ferruginous, but as a copper handle licked. In the aftertaste, too, caramel, on which lays a rough, grassy hop and a bit of overripe citrus.

The overall impression is negative. The beer is unbalanced and the metallic flavor makes it simply unpleasant. After drinking such an IPA you can of course say that Germans do not know how to brew IPA, but I must repeat – do not judge by one or two breweries. They can and they do. Mecklenburger IPA, that’s a “D+” rating.