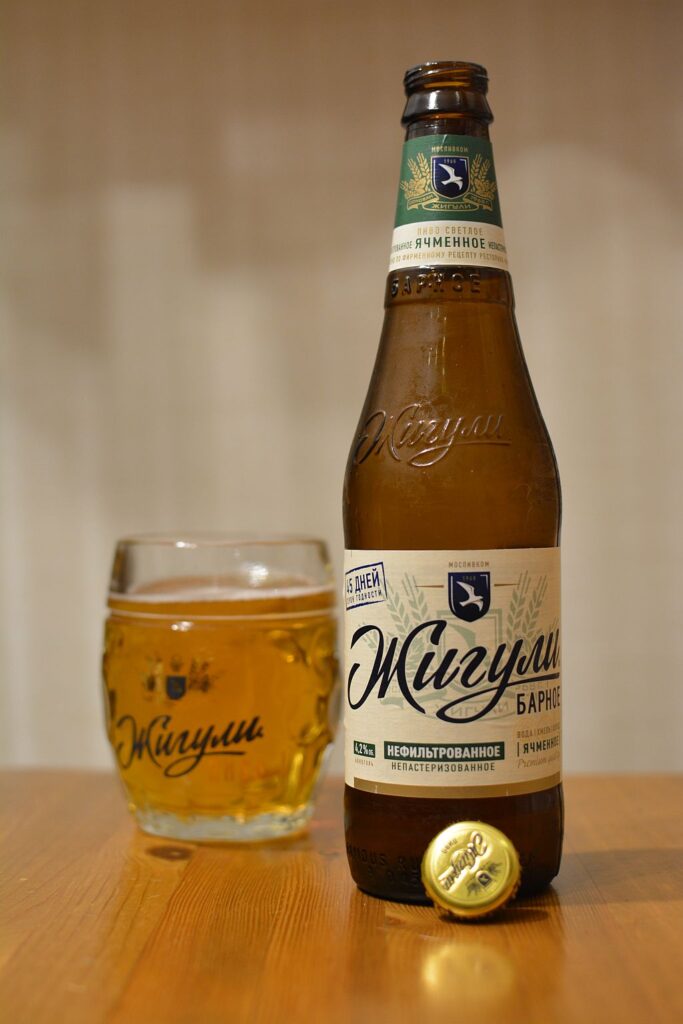 Yes, yes. By popular demand, I finally made it to the Red and White store and bought a novelty Zhiguli Barnoe Barley. You’d be surprised, but there’s a lot in our township (even a swimming pool and a hop and malt store), but no K&B.

There is one across the river, but you have to walk there, which in the current weather is not very desirable. I decided to stop by on the way. I was taking my youngest to circle time, and there’s a Buy More there. Yes, there’s Zhiguli Barleywine and another novelty in the form of Mecklenburger IPA (about it tomorrow). And here I immediately, head-on, want to make a complaint about the marketing of MPK, which I almost never did.

What’s my point? My point is that the identity as a new beer in the Zhiguli lineup is pretty bad. If for example Zhiguli IPA you can not be confused with the usual Zhiguli Bar, although you can see that the brand is the same, but here everything is so similar …

It is clear that Zhiguli Barnoe Barley is sold only in the Red and White network and in fact does not compete even with the regular Zhiguli Barnai sold there (it’s in 0.33 bottles), but people perceive it as the same. Who’s going to look closely at the color of the collaret?

Also, you can already read reviews in various social networks and blogs, where they are outraged – MPK follows the crooked path of the regions, replicating myths about the “shelf life of 45 days”, Premium Quality, barley (as if regular Zhiguli not) and other nonsense. On the one hand, yes. There is a demand for exactly this kind of marketing, and it is being met, but on the other – in the performance of IPC it seems (at least to me), a kind of subtle banter. As in the famous advertising about the sale of apartments – a cap as a gift.

All right, let’s move on to the beer itself, and I hope the marketing department will somehow take into account the wishes.

Zhiguli Barnoe Barley (Russia, Moscow region, Mytishchi) – 4.2/10 As we can see, the specifications are absolutely “Zhiguli” (not Zhiguli). A light, simple beer. I think that this is not only due to a desire to get into the price category of the CB, but also primarily due to a desire to play exactly on the field of classic Zhigulyovsky.

Nevertheless, despite the 10% ENS vs. 12 for Barney, the flavor profile is very recognizable. In essence, it’s a “light” version of the Zhiguli Barny. Moreover, there’s nothing wrong with that! Zhiguli Barnoye, a great beer for every day, but you have to agree that you can drink 10% a lot more, especially in the summer.

The aroma is malt, a little floral. Taste full-bodied (again, pay attention to the 10% ENS). A light hop that balances the malt component. The beer has body and flavor unlike the transnationals and certainly clean unlike the regionals. Rated “B.”

Hopefully Zhiguli Barley Barrel Beer will be out of the KB by summer, as it’s a great option in the heat! We are sorely lacking good desserts.