Brooklyn Pilsner and Brooklyn American Ale in all stores nationwide

Just yesterday we received a press release from Baltika that it has started licensed production of the famous Brooklyn Brewery beer. For several years now, Baltika has been the distributor of this beer in Russia, but from the looks of it, sales are not going very well. The price is too high compared to other craft beers from the States.

Carlsber has been cooperating with Brooklyn Brewery for quite a long time and they even had plans to build a joint brewery in the Baltics, but for some reason it did not work out. And now we have licensed production in Russia.

I think this is the first project of its kind in our country. In the sense that under license they began to brew not quite a mass market. Baltika is lately rich in novelties and, moreover, in “flavored beers. Apparently they think that it doesn’t make much sense to breed another euro lager and invest in its promotion now, but beer with flavor can take market share.

To me, Brooklyn Brewery remains an iconic brewery. Not only because it’s one of the first craft breweries in America, but their history has greatly influenced my path in brewing.

Before I started my own business, opening Beer Hunter, I thoroughly researched the book “The School of Beer” written by the brewery’s founders, Steve Hindy and Tom Potter. I didn’t read it because it had a lot to offer a young entrepreneur (although that too), but because of the disastrously sloppy translation.

I had to reread some pages several times in order to understand what was written there. The translation was so awful! Modern automated translation tools translate much better.

So, about the licensed Brooklyn beer. Yesterday the press release came, and today I already bought this beer in Pyatoyrochka. The price, yes the price is important – 63 rubles! There are two beers in the range – Brooklyn Pilsner and Brooklyn American Ale. 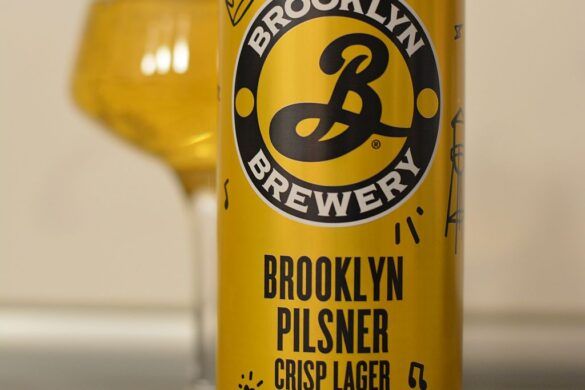 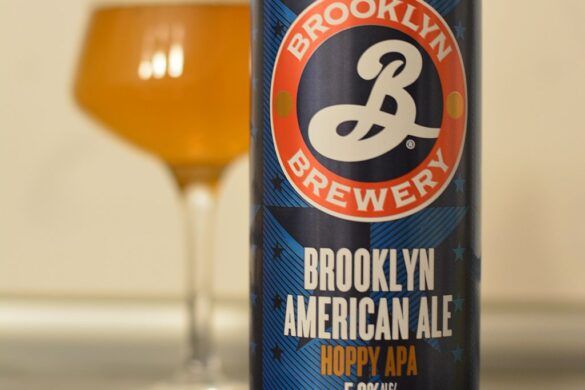 Brooklyn Pilsner Crisp Lager (Russia, St. Petersburg) – 4.6/10 The aroma has light citrus and something else. At first I couldn’t figure out what. Pasha Egorov wrote – green tea! Yes, it is! The taste is mild and for a 10% ENS is quite full (most importantly, do not drink it too chilled). The aftertaste is dry, with the same light citrus. The hops remain for quite a long time. Very pleasant beer, especially in hot weather. The rating is “B +”.

Brooklyn American Ale (Russia, St. Petersburg) – 5/11 Aroma is brighter than that of lager. Also citrus. The body is also a little more, but a little missing. Flowers and citrus in the aftertaste. Quite a pleasant APA, although the maltiness, I would add. Grade “B”.

The license, despite the same name, has different specifications than the original. Why is unclear. In particular, the Russian Brooklyn American Ale is 5% alk, while the American is 4.5%. At Untappd, Brooklyn Pilsner is listed as a separate 4.6%, but the ale is still chequered in America.

I’m sure Baltika haters will start getting burnt and salivating again – hollow, watery… For a 10-11% density, expecting powerful flavor seems silly to me. Clearly, these characteristics are chosen on the basis that lighter beers drink (and sell) better than denser beers.

In addition, there is a small niche in the market for light but “flavorful” beer. It looks like Baltika is trying to fill it. I personally like the fact that for the summer season we now have a pretty decent assortment of light but tasty beers – Red Ale, Zhiguli Barley Bar, Zhiguli IPA, and now Brooklyn.