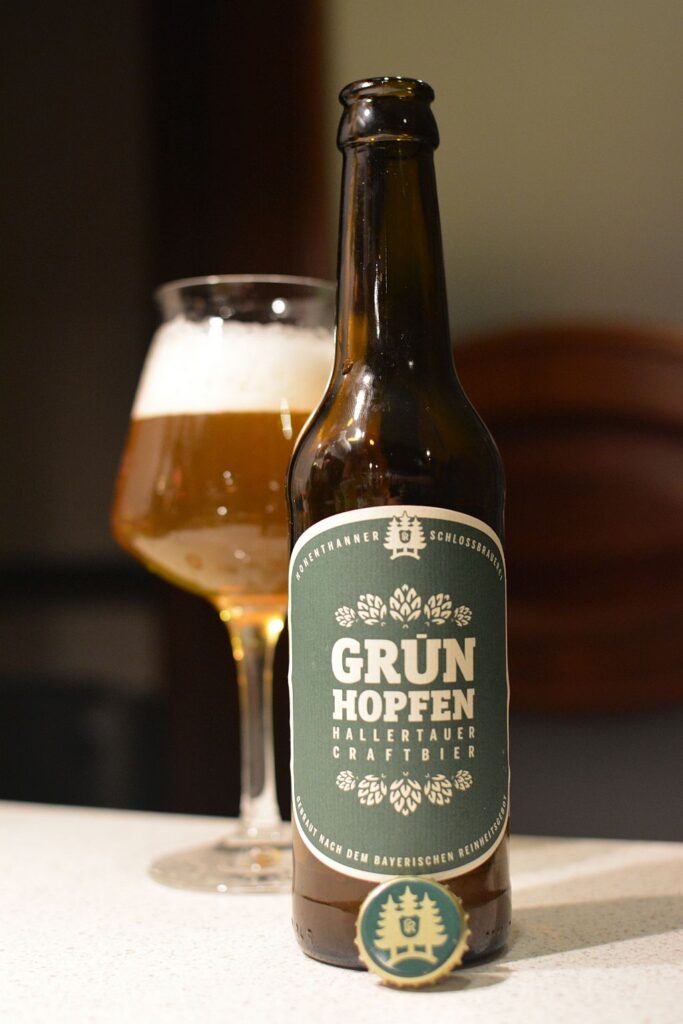 I’m always interested in trying German Kraft. No, it’s not some kind of perversion and the phrase – “they can’t brew Kraft” beer in Germany – doesn’t fit here either. There are a lot of things that can, do and brew in Germany. Another thing is that German brewers are in no hurry to be Kraft brewers or blindly copy Americans.

Fortunately Germany has a huge beer background and experience. It would be a sin not to apply it. And they do. And when a German IPA doesn’t look like an American IPA, I like it better than a completely repeatable one.

The Germans have a lot of interesting hops lately as well. Yes, they’re not as bright as American or Australian hops, but they’re not as simple as Spitzruten either. However, traditional varieties can also be interesting to work with.

Hohenthanner Schlossbrauerei is an example of this. It brews more than forty different beers, among which there are traditional ones in different variations. There are also craft beers. Grünhopfen Pils is brewed once a year during the harvest from green hop cones. Hallertauer Mittelfrüh is used. It is brewed four times, three times for brewing and once for dry-hopping.

Hallertauer Craftbier Grünhopfen (Hohentann, Germany) – 5/11.9 The beer has a grassy aroma. Herbal notes are also well felt throughout the beer drinking. The taste has a slight caramel and candyiness to it. The bitterness gets brighter and brighter with each sip, but not overpowering.

An interesting, tasty and refreshing beer in its own way. Rated B+.