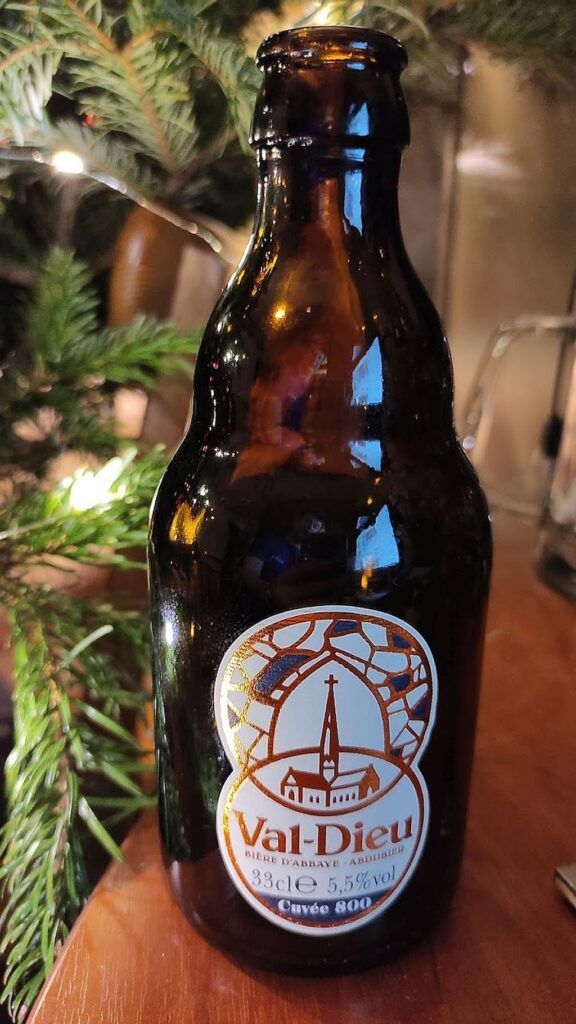 The Val-Dieu Cuvee 800 beer was sipped back in the New Year vacations, but for some reason I didn’t write about it. However, today is the Chinese New Year, so we can time our review to coincide with this event as well.

Brasserie de l’Abbaye du Val-Dieu is an abbey brewery (not to be confused with a Trappist brewery) and is attached to the monastery of Val-Dieu, which was founded in 1216. Like most European monasteries, it has experienced ups and downs and expulsion of monks and of course the World Wars did not add to its stability. Surely beer was brewed there, but in the 20th century there was no longer any brewery.

They only resumed brewing under the Val-Dieu brand in 1993, under contract at the Piron brewery. It was quickly closed and in 1997, the current brewery was opened in the former Val-Dieu Abbey farmhouse.

Val-Dieu Cuvee 800 (Belgium, Obel) – 5.5/14 Belgian-style Pale Ale, brewed for the 800th anniversary of the abbey. The aroma has a bit of stale leaves and yeast. The taste is malty but dry. The aftertaste is noticeable, herbaceous hops and the autumnal tones of Belgian ales. Perfectly balanced, refreshing, which has everything we love Belgium for. A- rating.