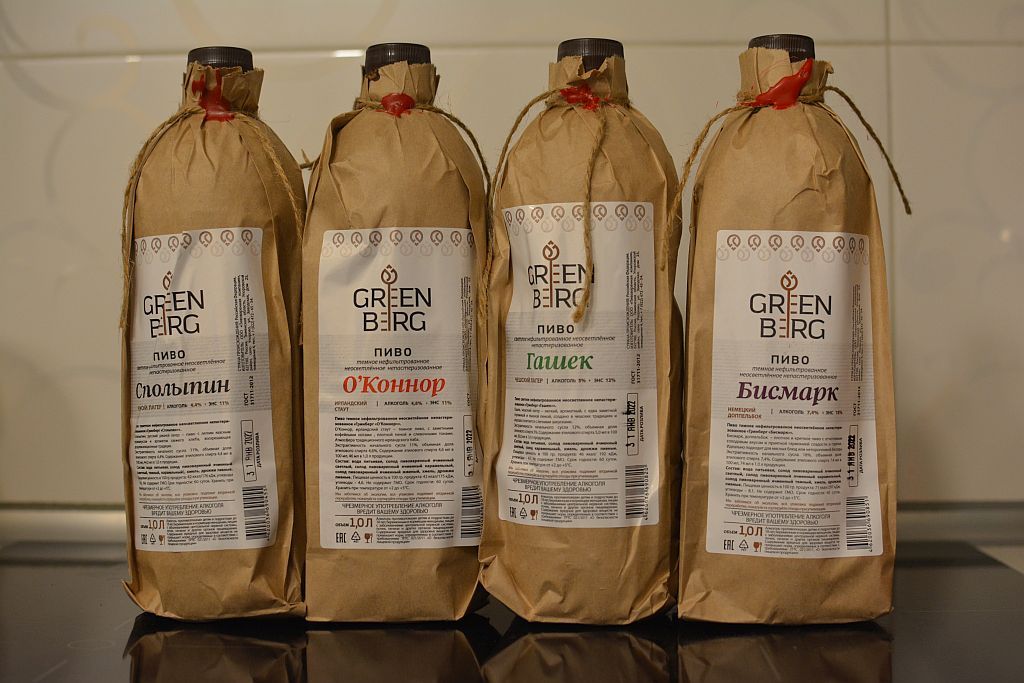 The other day I received some samples of beer from Greenberg, a contract brewery from Tyumen. It is brewed in the brewery located in the village of Uporovo. There is a distribution in Moscow. The first delivery came just from the distributor.

The shelf life of Greenberg beer is stated as 60 days. I received something like a month from the day of bottling. All of the beer turned out to be sour. Then the brewery representative sent the beer from Tyumen and it was already quite enjoyable. Question – why give two months if the beer doesn’t hold it? Although, it could have been a problem with a particular batch, but nevertheless.

Let’s pay attention to the design. The beer is bottled in PET and packaged in paper bags, which is right – less exposure to light. Bottling would probably have been more correct, but apparently the brewery where the beer is brewed now does not have this option. The good thing about contract brews is that they can always be transferred to another brewery where the conditions or facilities are better. 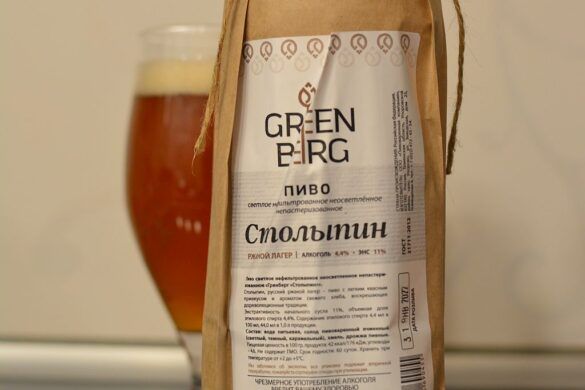 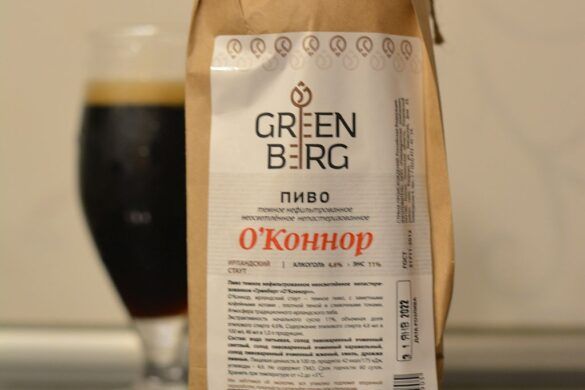 Stolypin (Russia, Tyumen region, Uporovo village) – 4.4/11 Rye lager. Quite interesting. Bread aroma. Full flavor with a very slight sourness for a rye beer. Rye bread crust in the aftertaste and malt backing. The rye doesn’t stick out, but gives the beer a distinctive character. Rated “B-“.

O’Connor (Russia, Tyumen region, Uporovo village) – 4.6/11 As is clear from the name – Irish theme, and what is Ireland first of all? Right – stout! Quite a proper stout. Burnt, coffee, everything in its place. No frills, but totally in style. Maybe just a little watery. Rated C+. 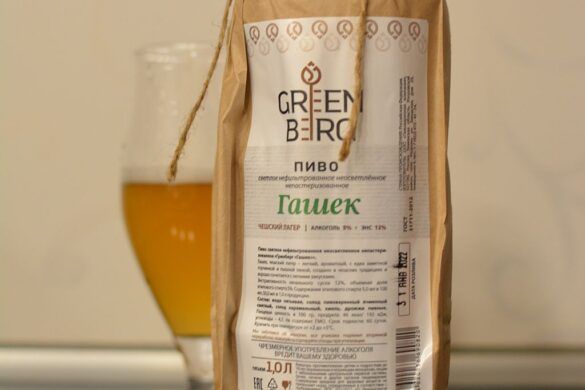 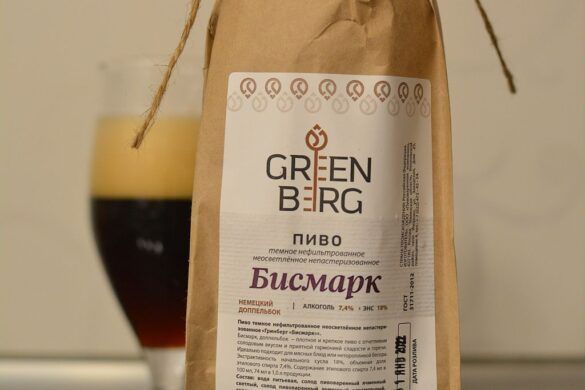 Greenberg Gashek (Russia, Tyumen region, Uporovo village) – 5/12 There are flowers and fresh grass in the aroma. The taste is mild, malty. Nice light bitterness in the aftertaste with the same floral and grassy tones. Very drinkable and refreshing. The official description says “with a subtle bitterness”, but the bitterness is quite noticeable, though not extreme. Rated “B”.

Summary – Greenberg is an interesting brew. Well crafted classic brews, but something probably needs to be done about production or not pouring the beer in PET or reducing the timing.