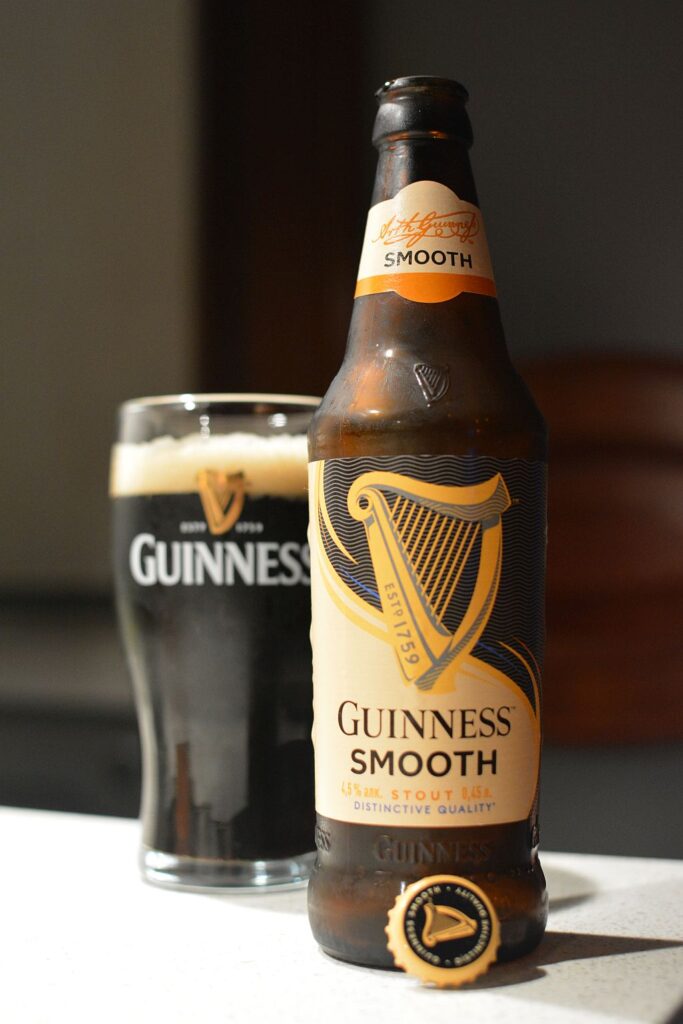 A novelty that had long eluded me – Guinness Smooth. Licensed beer brewed at the Heineken brewery in St. Petersburg. In light of recent events, the fate of licensed brands is unclear. Most likely they will stop releasing them, so as long as there is, let’s try.

According to Heineken itself, Guinness Smooth was supposed to replace Guinness Original, which was brewed there and apparently its sales left a lot to be desired. I didn’t compare the two beers blindly or head-to-head. In terms of TTX, Guinness Smooth is slightly stronger – 4.5 versus 4.2 for Original.

Funny marketing phrase on the label – “Incredibly mild and refreshing flavor thanks to a great balance of bittering roasted barley and (attention!!!!) sweetish hops.” Maybe a new hop variety has been bred with a bitterness minus 10 alpha?!

Guinness Smooth (Russia, St. Petersburg) – 4.5% alk. Since according to the idiotic Russian law this beer belongs to the “beer drinks” category, the density doesn’t have to be specified on the label. Probably about 12%. The aroma has nice burnt notes. The taste is really soft with a slight sourness from the burnt barley. In the aftertaste, in addition to these tones a little cream and licorice is added. Nice pithy stout, as it should be. Rated B+.

Picked up at Zelgros for 100 something rubles. Probably cheaper somewhere else. The prices of beer at Zelgros have gone up seriously. The notorious Spaten costs as much as 219 rubles! According to some reports, they decided to produce it under license in Russia and it should soon appear on sale. But the same question remains: for how long?