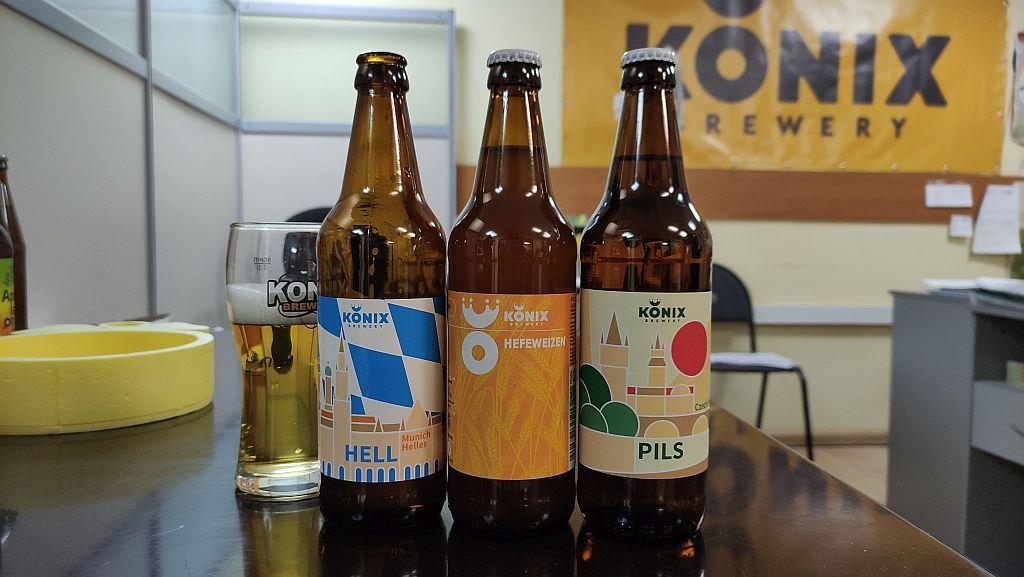 Last week I stopped by the KONIX office to taste the new KONIX Munich Helles, as well as the renewed Hefeweizen and Pils. The whole series is brewed at Voronezh Baltika’s facilities. Oleg Tatuev (co-owner of the company) personally supervises and accepts each batch. Oleg has an idea of what a perfect beer of these styles should be and believe me, he rejected more than one batch before it was allowed for sale. And even after the start of sales, there is a lot of “tweaking” and polishing going on.

I will start with Konix Munich Helles. I won’t hide it, I’ve tried a few experimental brews before, both blind and plain. It wasn’t a bad helle, but still fell short of the big name Germans. And here’s the final sample, what went on sale.

Konix Munich Helles (Russia, Voronezh) – 4.7% alcohol. Starting with the aroma it is already clear that this is Helles! Young, malty, with pleasant floral notes. Body full, enveloping, slightly bread flavor. In the aftertaste, too, malt, florals and a slight hop. Excellent balance! I’m not a big fan of this style (although not squeamish) and if you look within its framework, it’s just great! “A” Rating.

The notorious Spaten, which probably can be called the ancestor of the style, lays it on both shoulder blades. Whether it’s on a par with, say, Augustiner or Ayinger, I won’t say. In the near future, we will conduct a blind tasting for Igor Chersky’s channel and it will be clear. 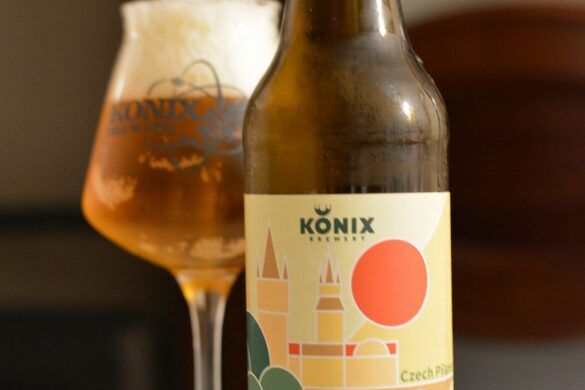 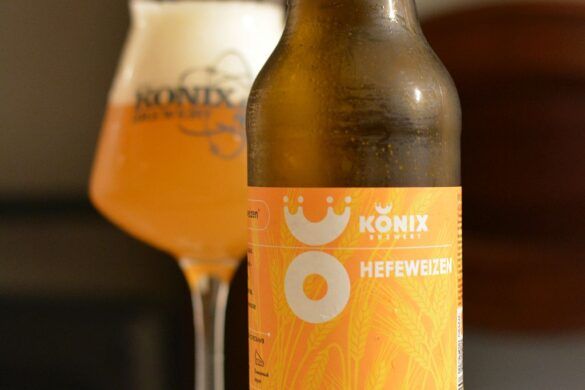 Konix Pils (Russia, Voronezh) – 5/12 I wrote about this beer six months ago. I complained that it was closer to German pils than to Czech. Now, the recipe has been tweaked a bit and Pils is definitely pro-Czech. We were at Hops and Malt on Saturday comparing the old brew to the new one. The difference is clear.  There was a very light diacetyl, more floral tones. Everything as we like from the Czechs. But it’s still a bit viscous. I’ll raise my rating to “A-“.

Konix Hefeweizen (Russia, Voronezh) – 4,8/12 Also changed since its brewing in Penza. Bright banana aroma. The taste is sweet. Exactly sweet, not “gluttonous” and greasy. In the aftertaste of the bread and banana. Oleg said that will be finalized. Should become drier, although do not plan to go completely dry. A good, proper weitzen. Waiting for the new version. Rated “B”.