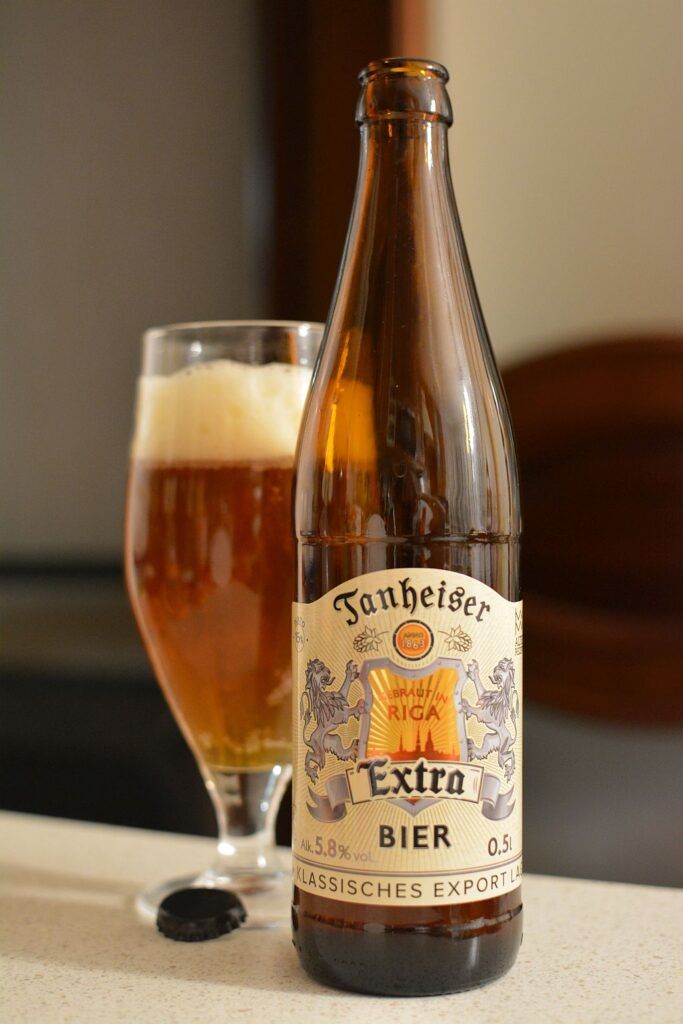 Tanheiser beer in our country is represented mainly by fruit varieties and porter, I have not met the usual lager until now. I bought Tanheiser Extra in the store “Beru Vykhodnoy” for 150 rubles, purely out of curiosity. Iļģuciema (Ilgezeem) brewery, the only major brewery left in Riga after the closure of Aldaris.

It was founded in 1863 by the Germans and was named after the district of Riga – Ilģuciems. It operated until 1991, with breaks during both world wars. Unfortunately, the independence and market conditions did not take it well. But, in 1997, production was restored and now the plant is actively developing.

Tanheiser Extra (Riga, Latvia) – 5,8/15 The label says it is a klassisches export lager, but Untappd lists it as Viennese. So what is it? Aroma is malty with wet cardboard and diacetyl. The taste is sweet. In the aftertaste to the defects noticed in the aroma is joined by a rough hop bitterness. It is not tasty to drink. Yes, closer to the Viennese, although with a slight excess of alcohol. A poorly made Viennese beer, or rather a typical regional Latvian beer – sweet, strong, dirty. And definitely not an “export” (aka Dortmund lager). D+ rating.

Unfortunately, many people still consider this kind of flavor to be “the one, the right one.” In fact, these are defects that should be avoided.