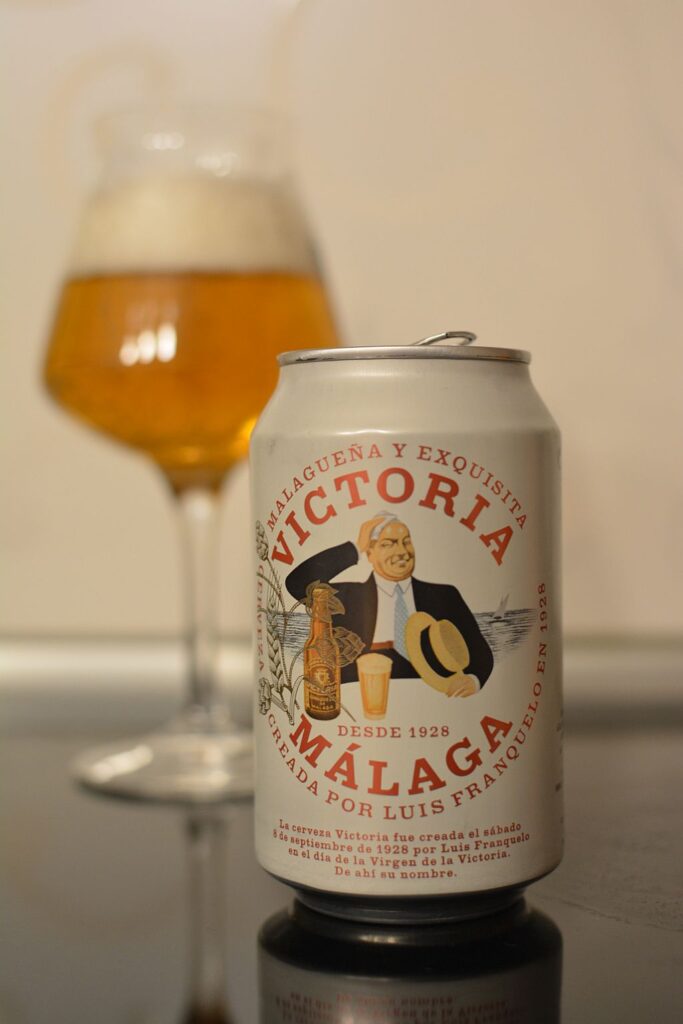 Victoria Malaga beer is brewed at Cervezas Victoria 1928, a Spanish brewery in Malaga. The motto of the brewery is “Malagueña y Exquisita”, which means “Exquisite from Malaga”.

The brewery opened on September 8, 1928, on the day of Santa Maria de la Victoria, the patron saint of Malaga, from whom the beer takes its name. The brewery was founded by the Frankelo family. During the Civil War the brewery was forced to close, but not for long. It reopened in 1937 and was the only one in Southern Spain, which of course gave it many advantages. And after World War II, when the European economy recovered and the Spanish coast flooded with tourists (primarily from West Germany), the brewery was on its feet and dramatically increased its production volume.

In 1967-1968 the brewery had to move to a new location, which required a lot of financial and organizational costs, but the company pulled through. Now it is a very large brewery, and Victoria Malaga beer is its flagship.

Victoria Malaga (Spain, Malaga) – 4.8/11.6 Pleasant malt aroma with hints of honey and flowers. Full-bodied, clean. In the aftertaste light hops and citrus. What more do you need for a beer at the seaside! Unlike pro-Mexican lagers, this beer can not be called empty or watery. There’s nothing to complain about. Rated “B.”